Founded in 1976, the Israel Tennis Centers (ITC) is a not-for-profit organization that through its activity improves the quality of life of Israeli children of different backgrounds. Its social impact programs help provide essential life skills and values to a variety of disadvantaged children throughout Israel, such as youth at risk, new immigrants from Ethiopia and former Soviet Union, children with special needs and various disabilities, and young people from different religious communities. 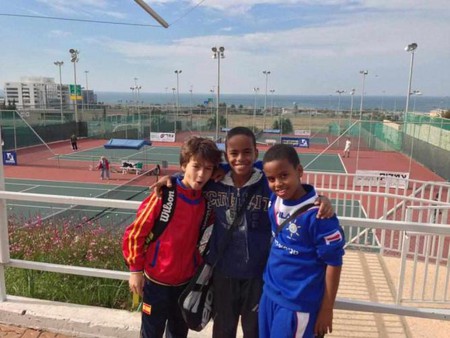 The ITC recognized early on the need to provide opportunities for children of different backgrounds to come together on neutral ground, and created Coexistence Programs for Arab and Jewish children that encourage both the children and their families to explore one another, engage in dialogue, set common goals and ultimately realize that they can all live together under one roof. 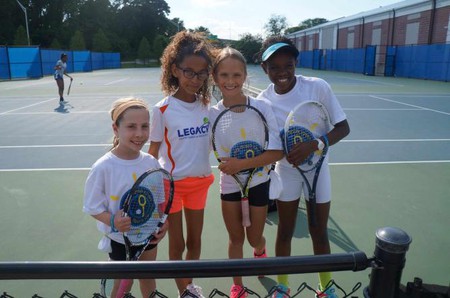 Children from the ITC and Legacy Youth Tennis and Education in Philadelphia, as part of the ITC’s “Children to Children Tennis Diplomacy Exchange” program | © Courtesy Israel Tennis Centers

For example, a weekly program of the ITC brings 60 children from an Arab and a Jewish kindergarten together on one court for motor skills development and activities in Jerusalem, Jaffa and Akko. Through these activities, values of tolerance and compassion are instilled both among children and their families. This program promotes the recognition of other cultures and languages, while enriching lives and building bridges of peace in the region. In the ITC Doubles Coexistence program, Arab and Jewish children that are paired as partners on the tennis court are encouraged to interact on and off the court. Multicultural projects that are currently implemented at the ITC centers in Tiberias, Akko, Jaffa, Jerusalem, Haifa, Sajur and Beersheva foster dialogue, acceptance and peaceful coexistence in the families and communities through tennis. 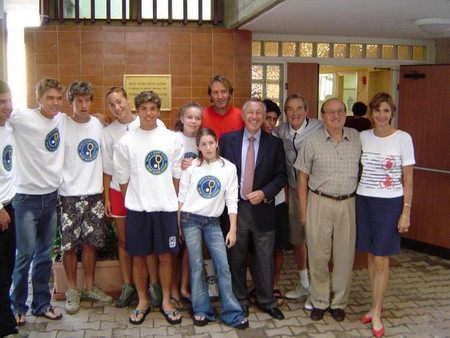 Tennis tournaments and sports workshops also serve as a means of facilitating trust, friendship and cooperation between Arab and Jewish youth and their families. For instance, at the ITC in Jerusalem Riva, a Jewish teenager whose father was killed by a suicide bomber was introduced to Sewar, an Arab girl. Through years of playing tennis together they have become best friends. 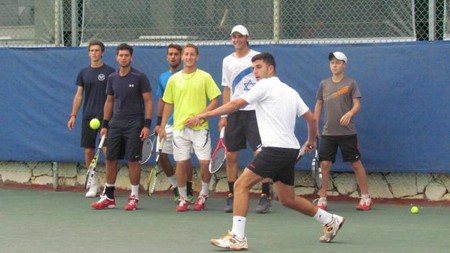 Virtually every Israeli professional tennis player began his or her development at the Israel Tennis Centers. The ITC’s High Performance Program unites talented athletes from various socioeconomic backgrounds. At these centers, Jewish, Muslim, Christian, and Druze children develop and train together, which reflects how multicultural Israeli society is. In fact, many of Israel’s finest players have come from the periphery of Israeli society. It is the ITC’s commitment to helping all children regardless of their circumstances that has allowed players like Dudi Sela from the small town of Kiryat Shmona to succeed on the tennis court and beyond. ITC alumni have also received athletic scholarships to universities in the United States. Those that have received training at the ITC are inextricably linked to some of the most memorable sports moments, such as Andy Ram and Yoni Erlich winning Grand Slam Championship at 2008 Australian Open Doubles Champions, which is Israel’s first in tennis. 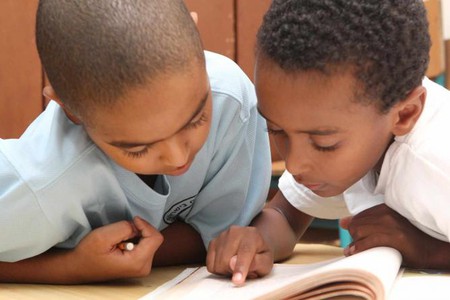 Sponsors and donors are represented by individuals, companies and other non-profit organizations all over the world. This includes very prominently the tens of thousands of supporters who reside in the United States and Canada. The ITC Foundation has three regional development offices located in North America: two in the US, in New York and Florida, and a third located in Toronto, Canada, which is reflective of the important role that North America plays in the overall vitality of the ITC. 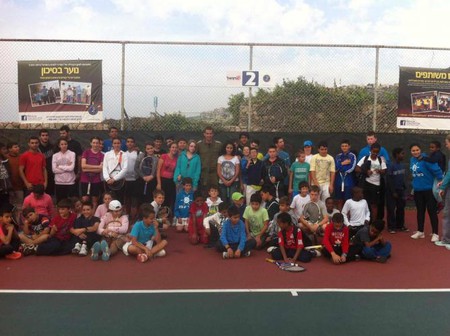 The ITC is one of the largest social service organizations for children in Israel, with centers that stretch from Kiryat Shmona on the Lebanese border in the north to Beersheva bordering the Negev Desert in the south. Many of these centers are in underprivileged neighborhoods, providing disadvantaged children with a safe, structured and nurturing environment. 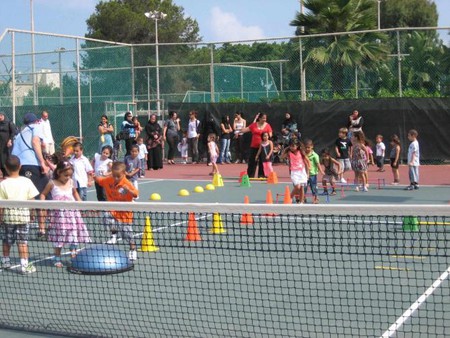 The lives of many at-risk youngsters have been turned around by Israel Tennis Centers, where they find a safe and supportive place to develop into productive young adults, receiving access to positive role models, and gaining self-confidence, all while forging a trusting relationship with coaches and mentors. Thus, underprivileged adolescents often change their entire outlook on life from one of despair and failure to dedication and purpose. Many of the coaches, managers and other staff members who first visited the centers as children came back to work and help others as adults. They all came to realize the importance of giving back to those less fortunate, just as they were helped as children by those who came before them.