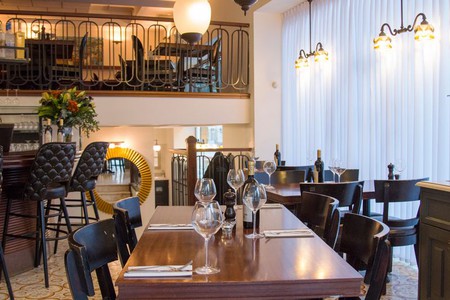 The origin of the name Noya is both Hebrew and English, meaning beautiful, ornamented and bejeweled, and is often used as a name for a baby girl. In Arabic, the word Noya means ‘rose flower’. In Jerusalem, however, Noya refers to a tempting restaurant with an incredible menu. We paid a visit to this gem in downtown Jerusalem.

Noya is a restaurant that established a loyal following since the day it opened its doors eight years ago. It has become an icon in Jerusalem, which is quite a feat considering that so many restaurants have closed down in this city. Located on Shlomzion Hamalka Street, near the Russian Compound, the architects took advantage of the excellent location and the geometric V-design to build Noya in the same vein. Noya is built on two levels, and its total capacity is approximately 70 clients at any one time; a private meeting or party can easily take place on the second level. Noya is elegant and professional in terms of both its layout and service. 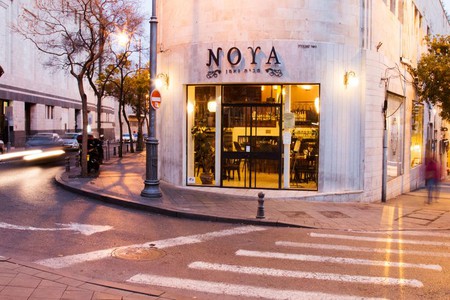 The cuisine is original and created by two of Jerusalem’s best chefs, Chef Gindi and Chef Genadi Nezia. Their French and Mediterranean food is rich and intriguing. As soon as we sat down, we were served warm focaccia and a variety of delectable dips. The menu we were presented with was varied and easily able to please the palate of both omnivores and carnivores. 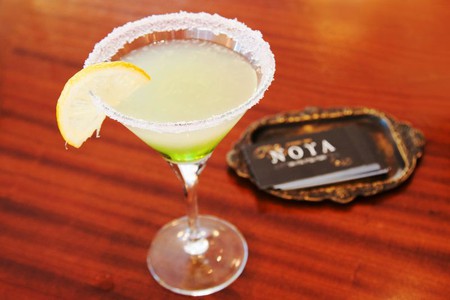 The starters opened up our meal well: the beef carpaccio arrived tartly marinated in olive oil and balsamic vinegar, and served rich in color in a circular pattern. Next, we tried the ravioli filled with roasted vegetables and salmon tartar, grilled in spices, which melted in the mouth. 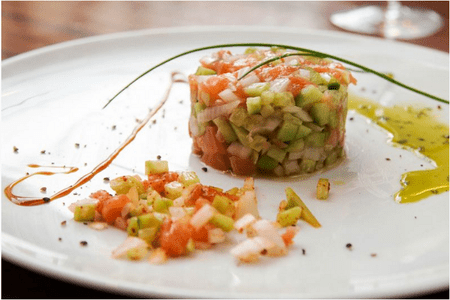 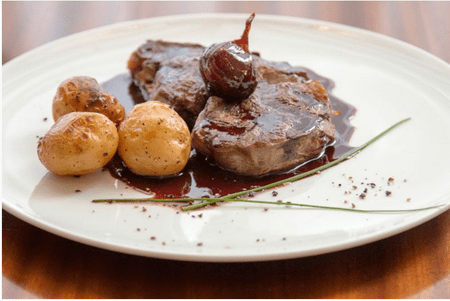 Additionally, the wine list is varied enough for any wine connoisseur. The host and owner, Yitzchak, is friendly and good fun. He lights up the restaurant with a smile and made us, as well as all the diners, feel totally welcome.