Israeli-Canadian-American architect Moshe Safdie has created modernist architectural designs that transcend the boundaries between building and nature, social and urban environment, and private and public space. Culture Trip discovers more about this extraordinary man and his contribution to contemporary architecture.

In a TED talk, Safdie quoted morphologist Theodore Cook: ‘Beauty connotes humanity. We call a natural object beautiful because we see that its form expresses fitness, the perfect fulfillment of function.’ Safdie, a self-proclaimed modernist, sees beauty as ‘the fulfilment of purpose’: ‘[…] beauty as the kind of fit; something that tells us that all the forces that have to do with our natural environment have been fulfilled – and our human environment – for that.’

Born in Haifa, Israel in 1938, Moshe Safdie received a degree in Architecture from McGill University, Montreal in 1961. After graduation he went to Philadelphia for an apprenticeship with American visionary architect Louis I. Khan.

Safdie returned to Montreal to oversee the master plan for Expo 67 and in 1964, he founded his own firm, Safdie Architects, to start working on Habitat 67, which would launch his career on the international platform. The project, an adaptation of his master thesis at McGill, became a central feature of Expo 67 and an influential development in architectural history.

In 1970, Safdie established a branch office in Jerusalem, where he was involved with major redevelopments and rebuilding of the city and in 1978, relocated his principal office to Boston. 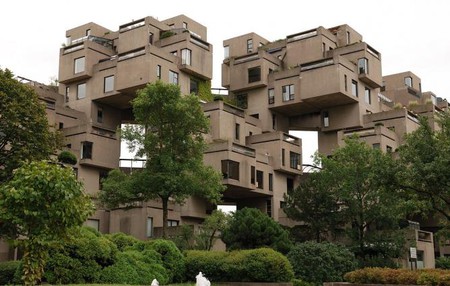 His wide-ranging projects include museums, libraries, universities, residential and governmental buildings and airports that have become regional and national landmarks. Safdie has received numerous awards, honorary degrees and civil honors, including the Companion of the Order of Canada and the Gold Medal of the Royal Architectural Institute of Canada.

Safdie’s Habitat 67 pioneered the design and implementation of a three-dimensional conglomeration of 354 prefabricated concrete units for living, which presented an alternative living environment to the increasingly popular, impersonal apartment high-rises. Safdie believes that Habitat is ‘a reaction against brutalism’ and was an attempt to create a ‘high-rise village’, as he told Dezeen: ‘I think Habitat was important at its time and resonated with the public because it proposed in realized form an alternative to the typology of the conventional apartment house.’ The units were made in 15 different sizes, between 60 and 160 square metres and 1 to 4 bedrooms. The project expressed Safdie’s vision for the creation of an urban environment built economically but humanely, with individuality, but committed to solving the needs of the communities. 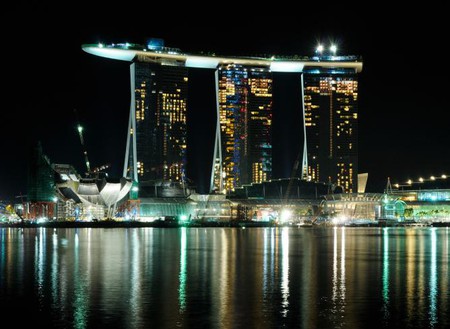 The Marina Bay Sands Resort, Singapore, completed in 2010, epitomises Safdie’s futuristic vision for an urban environment that transcends artificiality to blend with the natural landscape, adapting the design to the project’s purpose. It also furthers Louis Khan’s vision for monumental modernism.

The world’s most expensive building, at USD4.7 billion, is an integrated resort comprising of a hotel, convention and exhibition facilities, theatres, entertainment venues, retailers and restaurants, with a Universal Studios Theme Park and the lotus flower-shaped ArtScience Museum. The three hotel towers are inspired by the form of card decks and the planning and development phases saw the consultation of traditional fengshui masters. On top of the complex are a 150-metre vanishing edge pool and the world’s largest public cantilever housing an observation deck.

In 1976, Safdie was asked to design a children’s memorial museum inside the Yad Vashem in Jerusalem. He instead proposed not to build, instead utilizing a cave nearby. The Children’s Holocaust Memorial, completed in 1987, is situated in an underground cave, lit by a single candle in the centre, with reflective glasses refracting the light into infinite directions. Later, the Yad Vashem turned to Safdie for the plan of a larger, more technologically advanced version of the museum. The new Yad Vashem Holocaust History Museum (2005) is a triangular concrete ‘prism’ that cuts through the landscape, illuminated by a 200-meter long skylight and with underground galleries branching off the main hall. 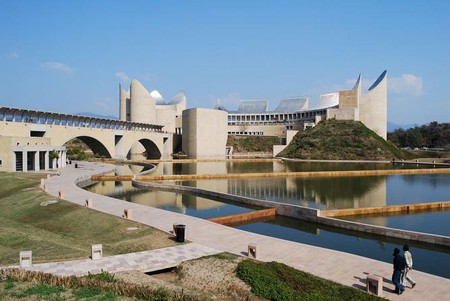 The Khalsa Heritage Memorial Complex (Virasat-e-Khalsa) (2011) in Anandpur Sahib, Punjab, India, commemorates 500 years of Sikh history and the 300th anniversary of the Khalsa, the scriptures written by the 10th and last living Guru of Sikhism, Guru Gobind Singh. After studying the Sikh culture and religion for two years, Safdie designed a complex with two buildings at each side of a ravine and connected by a ceremonial bridge, surrounded by a large body of water, blending the architecture with the landscape.

The United States Institute of Peace Headquarters (2011) in Washington DC embodies ‘the physical symbol of peace in the capital’s skyline’ and as such ‘it really was a building that had to do with a lightness of being,’ quoting Kundera: ‘it should be a serene building. It should not be an aggressive building. It should be full of light.’ The structure, with large glass skylights and windows and sail-shaped roofs, conveys just what Safdie set out for. 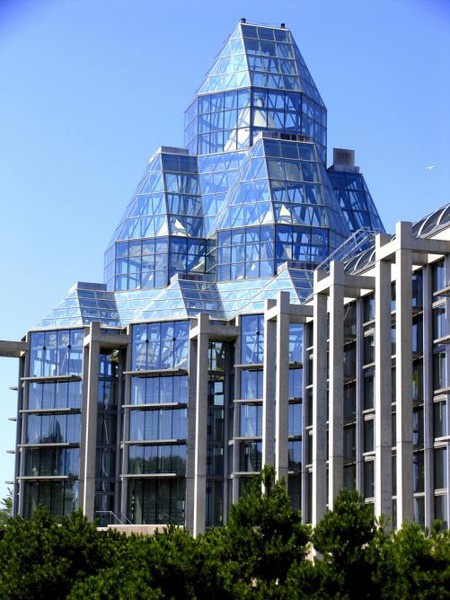 Throughout his career, Safdie designed many international museums. Some of his most iconic are located in Canada and the United States. The National Gallery of Canada (1988) in Ottawa, Ontario, is a glass and granite building with a higher glass tower structure in its left wing. 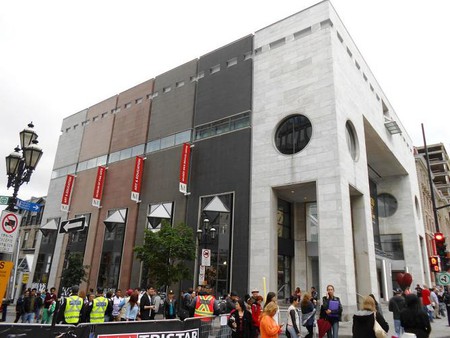 The architecture of the Jean-Noël Desmarais Pavilion of the Montreal Museum of Fine Arts (1991) echoes the neighboring buildings, fitting in with the preservation of heritage architecture, while presenting a modern, light and airy structure, with a massive entrance portico and a glass-roofed lobby.

Safdie designed a glass and brick extension for the Peabody Essex Museum (2003) Salem, Massachusetts, USA. It includes a dramatic Atrium with a soaring glass roof that allows natural light in, while five diverse roof silhouettes or ‘buildings’ that comprise the outer brick wall echo the shapes and forms of local architecture. 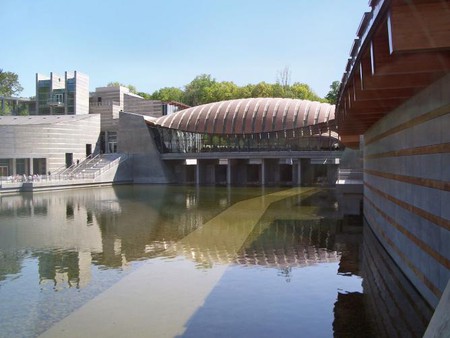 Crystal Bridges Museum of American Art (2011) in Bentonville, Arkansas, USA consists of a glass and wood series of pavilions nestled around two creek-fed ponds. There are also outdoor areas for concerts and public events, as well as extensive nature trails. Safdie’s design naturally blends with the surrounding landscape, with an unobtrusive organic architecture. 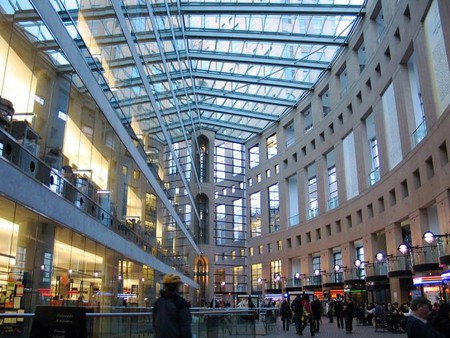