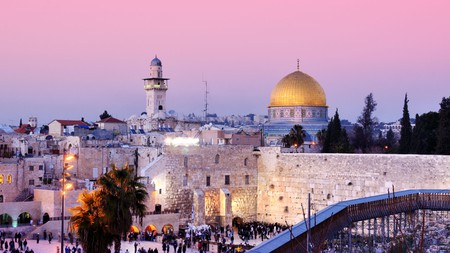 No country in the world offers such a high concentration of Unesco-listed sites as Israel. The cities and countryside here encompass more than 3,000 years of history, culture and religion while natural wonders pepper the land from north to south. Here is a list of treasured sites that have become welcome additions to the World Heritage List.

Ready to discover the many wonders of Israel? Join Culture Trip’s specially curated seven-day trip to this endlessly fascinating destination. Led by our Local Insider, you’ll experience the highlights with a small group of culturally curious travellers.

Bahá'í Shrines and Gardens in Haifa 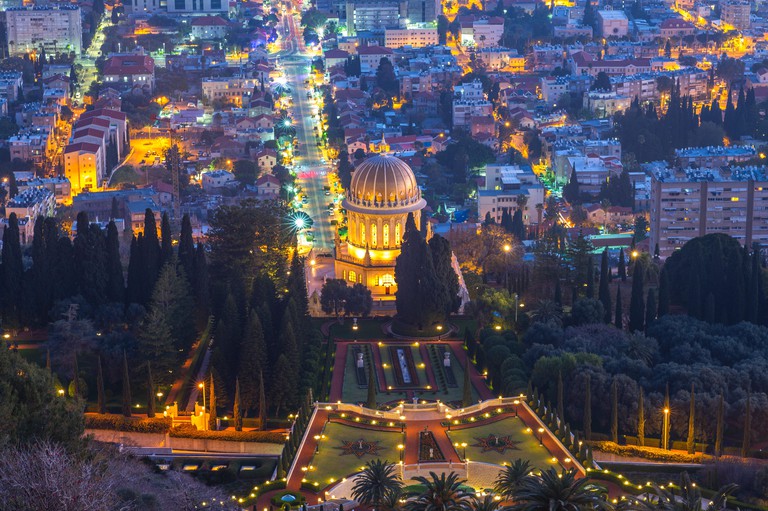 The Bahá’í faith has significantly grown in strength and is today practiced by some 5m people. With a history of pilgrimage, Israel is home to several Bahá’i holy places and two are listed as Unesco World Heritage Sites: the Shrine of the Báb in Haifa and the Shrine of Bahá’u’lláh in Acre. As well as holding religious value, the shrines are some of the most visited sites in the Middle East due to their breath-taking gardens, planned by Iranian architect Fariborz Sahba. The hanging gardens of Haifa ascend up 19 colourful terraces of Persian Nishat Bagh and English gardens on Mount Carmel, before reaching the gold-domed Shrine of the Báb. From here, you can look out towards Haifa Bay and see the Bahá’í’s most sacred area, the Western Galilee, where the El Bahja shrine marks Prophet Bahá’u’lláh’s place of death.

In the Judean Valley, the caves beneath the towns of Maresha and Bet Guvrin are one of the more recent additions to the Unesco World Heritage list of protected sites in Israel. The significant archaeological site contains more than 3,000 chambers carved into the soft Judean chalk. These underground quarries provided a location in which to worship; to bury the dead; to put up store rooms; and to construct and store vital cisterns and oil presses. At the crossroads of trade routes to Mesopotamia and Egypt, the bell-shaped caves are a testament to the variety of cultures embedded in the history of the region, and the evolution of such cultures from the eighth century BCE to the time of the Crusaders. 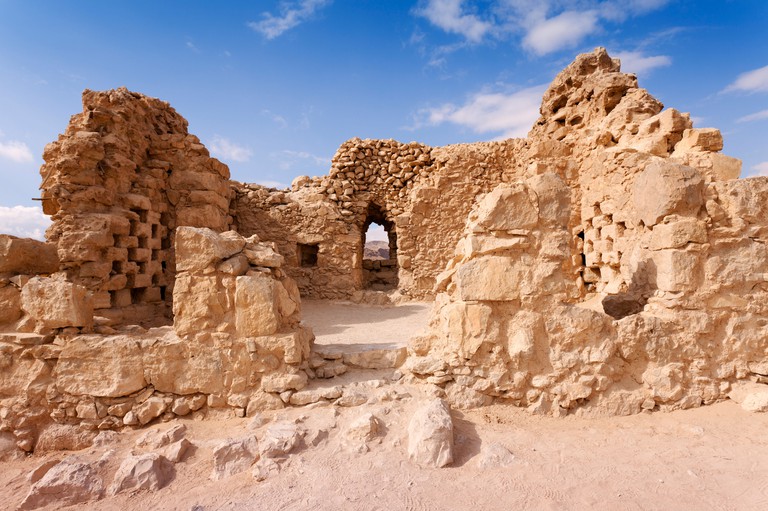 Offering breath-taking views and a chilling history, Masada is an astonishing natural fortress left clinging to the mountainside in the Judean Desert – see it for yourself by joining Culture Trip’s specially curated seven-day Israel tour, led by our Local Insider. It rests 400m (1,312ft) above sea level, overlooking the Dead Sea, and is where 960 men and women committed suicide to avoid slavery in the face of the Roman Empire. In 2001, Masada was listed as a Unesco World Heritage Site, but it has been a popular attraction in Israel prior to this date. Built by Herod the Great, King of Judea, who reigned between 37BCE and 4CE, the fortress protected an opulent Roman palace, baths and water cistern – heralded today as a significant archaeological site. To Jewish people, however, Masada means so much more – it is a potent symbol of where the last survivors of the Jewish Revolt sought refuge. Discovered in 1960, Masada was left untouched for 13 centuries. While it can only be reached by cable car or steep hiking routes, Masada is an unmissable experience.

Listed among the Unesco World Heritage sites since 2012, the Wadi el-Mughara Caves are unique in their comprehensive portrayal of Neanderthal and anatomically modern humans existing within the same Middle Paleolithic framework at Mount Carmel. More than 500,000 years of human existence can be seen within the caves and more than 90 years of excavation were required to harvest crucial artefacts detailing the transition from the primitive hunter-gather lifestyle to early models for fully functioning agricultural civilisations. The Wadi el-Mughara Caves are a collection of four autonomous caves (Tabun, Jamal, el-Wad and Skhul) on a site spanning more than 54ha (133 acres). Tabun also concealed one of the most ancient human skeletons found in Israel, a 120,000-year-old Neanderthal-type female.

The Negev Incense Route is a Unesco World Heritage-designed passage of incense roads and spice routes that run through 2,000km (1,243mi) of desert land and four Nabataean towns: Avdat, Haluza, Mamshit and Shivta. Between the third century BCE and second century CE, it served as the main route between the ancient towns, reflecting the hugely profitable trade centred in Petra, the capital of the Nabatean Empire in Jordan. Unesco declared the Negev Incense Route part of its World Heritage Sites in 2005, which includes qanat irrigation systems, fortresses and caravanserai. The remnants of these towns display the sophisticated engineering skills of Nabateans as they worked against the harsh conditions and unforgiving terrain of the Negev. Nabateans are lauded as a pioneering civilisation and left behind incredible treasures following the Muslim conquest of the Levant in 636. 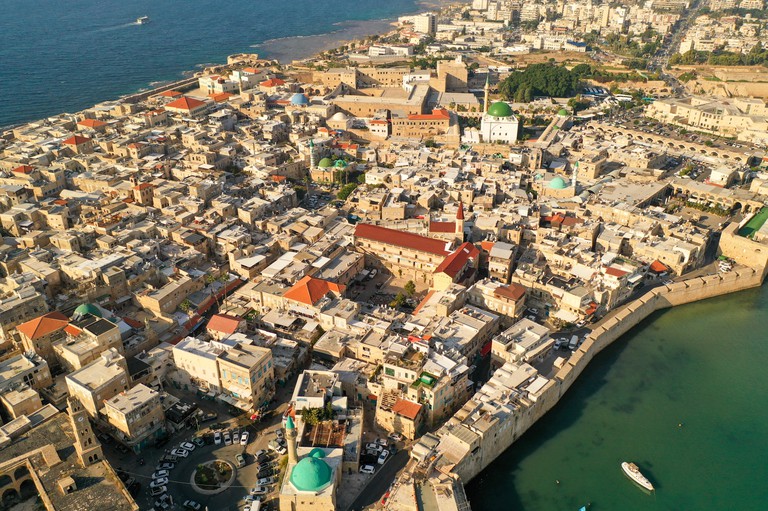 Continuously populated since the Phoenician period, the historic port city of Acre (Akko) has been a Unesco World Heritage Site since 2001. Remains of the Crusader city of 1104-1201 are almost entirely intact and can be seen both above and below the street level, evoking the layout and design of the Crusader Kingdom of Jerusalem. Often considered to be the place in which East and West meet, you need only wander through the city to find evidence to support such a reference, passing the Christian monastery, the Turkish bath and the Ottoman fortified walls. The city as it stands today has been defined as a fortified Ottoman city typical of 18th- and 19th-century design, complete with citadels, beautiful mosques and khans. Without a doubt, Acre guarantees a fascinating visit, passing through picturesque streets lined with a long and varied history.

Old City of Jerusalem and its walls 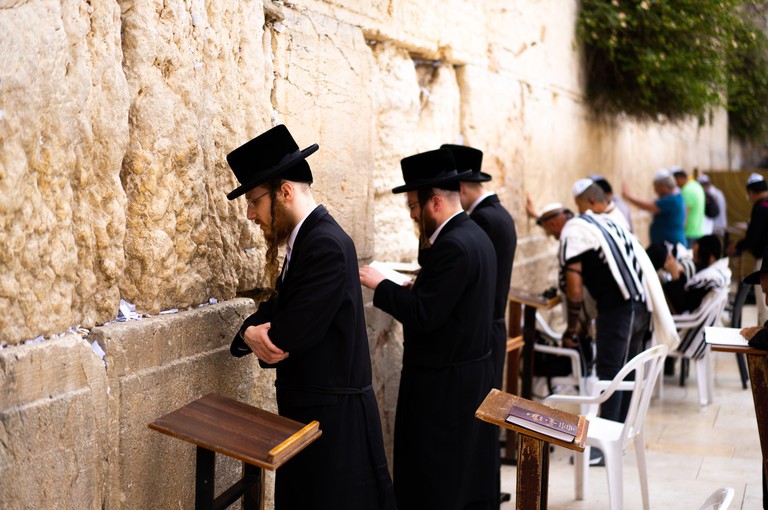 As the famous holy city of Judaism, Christianity and Islam, Jerusalem is one of the most significant symbols of religious power in the world. The three religious strands co-exist in 90ha (222 acres) of the city, divided into quarters by the 4km (2.5mi) long Wailing Wall, complete with seven gates and 34 towers. The Holy City has 220 historical monuments, out of which the Dome of the Rock is the most immediately awe-inspiring. Dating back to the seventh century, the Dome is adorned with intricate floral and geometric motifs, considered by all three religions to be the holy site of Abraham’s sacrifice. The city originally built by King David in 1004BCE has been twice destroyed and frequently restored, but the abiding presence of Christ’s Tomb in the Church of the Holy Sepulchre has gained this historic city the adoration of millions. You can now visit with Culture Trip as part of our epic small-group Israel adventure.

Beer Sheva is mentioned in the Bible and exists today as the sixth-largest city in Israel. On the eastern outskirts of the city is Tel Beer Sheva; one of 200 tels (historic settlement mounds) in the country. In 2005, the tel was inscribed as a Unesco World Heritage Site that contains substantial remains with Biblical connections. For visitors interested in how people once lived, the site is an archaeological wonder with the deepest water system in the Negev Desert (70m/230ft) plus reconstructed ruins of an ancient town dating from 10BCE in the early Israelite period. According to the Bible, this is where Abraham and Isaac made their oaths that later gave the name to the city, which translates as well of the oath or seven wells. Tel Beer Sheva is a national park covering more than 3,700 years of history – well worth a visit.

Tel Hazor, in the verdant north of Israel, is an archaeological mound of religious and historic significance connected to the Bible. It is mentioned in both the Book of Joshua and the Book of Judges and rests in the Upper Galilee, where it served as a trade route between Egypt and Assyria while it held the title of the largest fortified city in the country during the Bronze Age and Israelite period. Listed as a Unesco World Heritage Site in 2005, Tel Hazor is divided into the acropolis (Canaanite palace) and the lower city; both full of great examples of ancient urban community living. It features remains of both the elegant city and the sophisticated water system, which comprises of a 45m (148ft) deep shaft leading to a water table, designed to provide water to the citizens while the city was under siege. 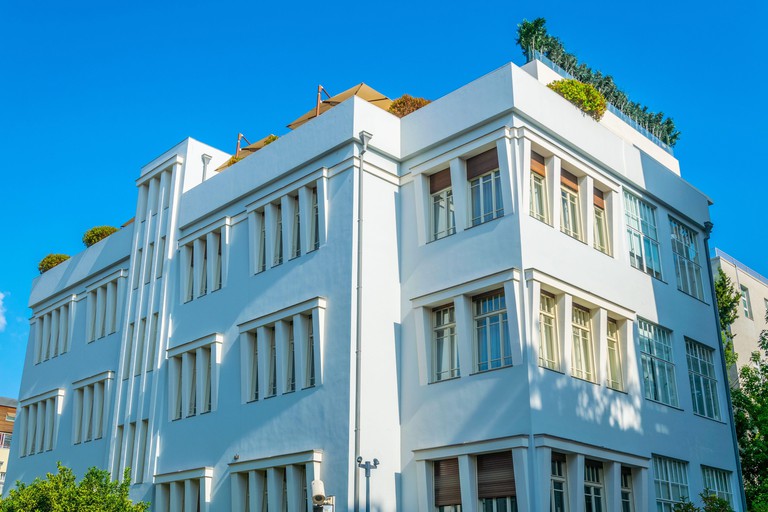 The White City comprises 4,000 buildings in Tel Aviv constructed in the bauhaus style. Following the plans of pioneering architect Sir Patrick Geddes, the White City was built in 1930-1950 by a number of prominent European architects who immigrated to Israel. Their combined visions resulted in a blend of the latest creative trends from their home countries, creating an eclectic city of architectural wonder. The ‘city in the city’ was listed a Unesco World Heritage Site in 2003, recognised for its unique architecture and innovative city planning. Though the white buildings follow the general rules of bauhaus, local traditions and climate conditions have changed their original design. Over the years, some buildings have undergone slight renovation, while 180 buildings are strictly listed, thus their original design will be preserved and any alteration prevented. Guided tours are organised around the White City year-round.