The Must-Visit Kibbutzim In Israel

The kibbutz movement represents one of most iconic movements of modern Israel’s history. There is an aura of spiritual authenticity that still pervades over the kibbutz image. We check out the most groundbreaking kibbutzim. 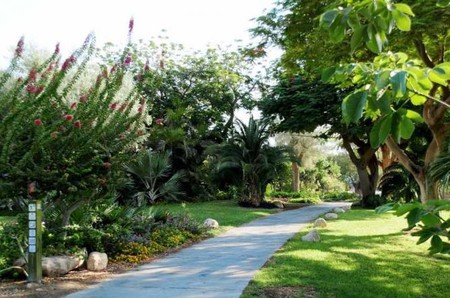 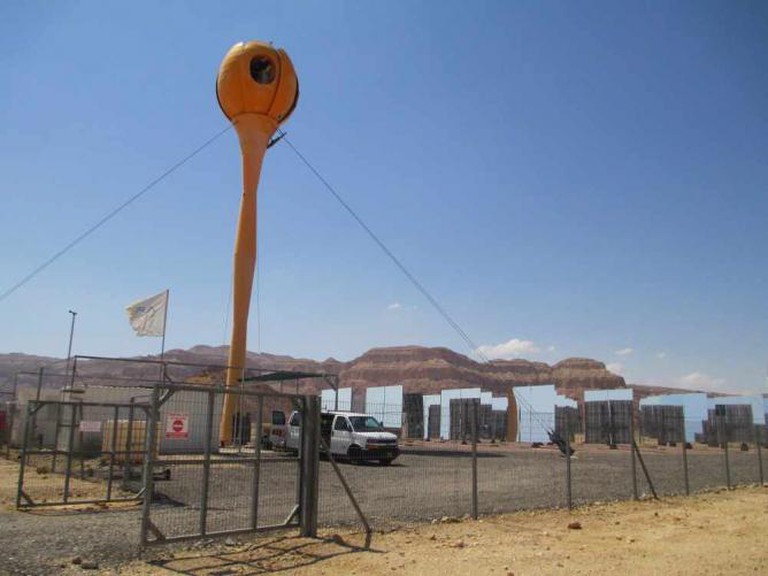 Samar - the Solar Flower Tower | Samar - the Solar Flower Tower
Probably one of the most famous kibbutzim, Ein Gedi offers a spot on the Dead Sea.The botanical garden surrounding the residents’ homes hosts a huge variety of desert plants, biblical flora, hundreds of cacti and unusual tropical trees. An explosion of powerful colors, it is a Middle Eastern version of Renoir’s palette on the astonishing canvas of the lunar landscape of the Dead Sea. Some of the sea’s most beautiful beaches and thermal centers are close to Kibbutz Ein Gedi.
Open In Google Maps
Ein Gedi, Israel
Give us feedback 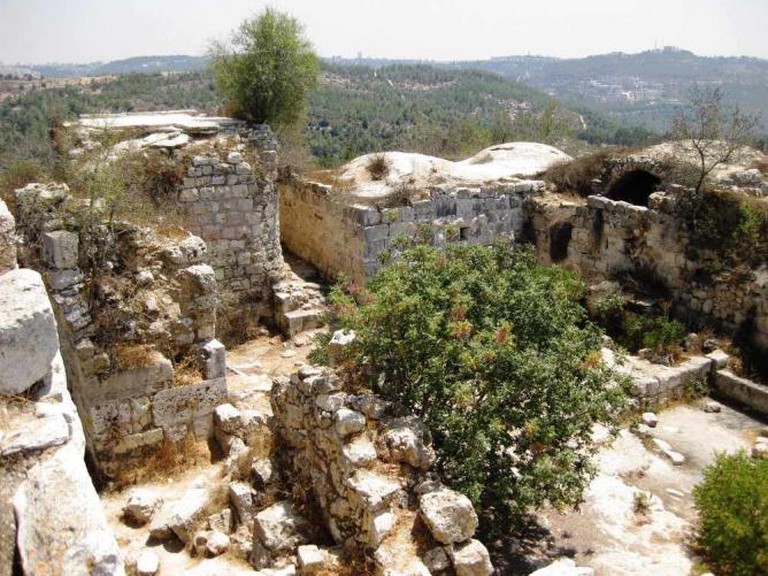 Belmont Castle: the excavation of a Crusader stronghold | Belmont Castle: the excavation of a Crusader stronghold
Founded in 1976, Samar started out as a new social experiment that proposed individual enhancement instead of the strict collectivist rules that characterized the original kibbutzim movement. Therefore, Samar became renowned as an ‘anarchist kibbutz’. This kibbutz can offer you one of the most vibrant and exciting experiences, full of a fun and community-minded ethic. Internet and cable TV, parties and concerts are part of the package, as well a desert adventure opportunity. This involves biking and hiking through the Eilat Mountains, Mitzpe Ramon and Timna Park. Samar is situated close to the Arava Valley, the place with the highest sun exposure in Israel. They even have a so-called Solar Flower Tower, an ultra-modern solar power plant that satisfies all of the kibbutz’s energy needs.
Open In Google Maps
Samar, Israel
Give us feedback 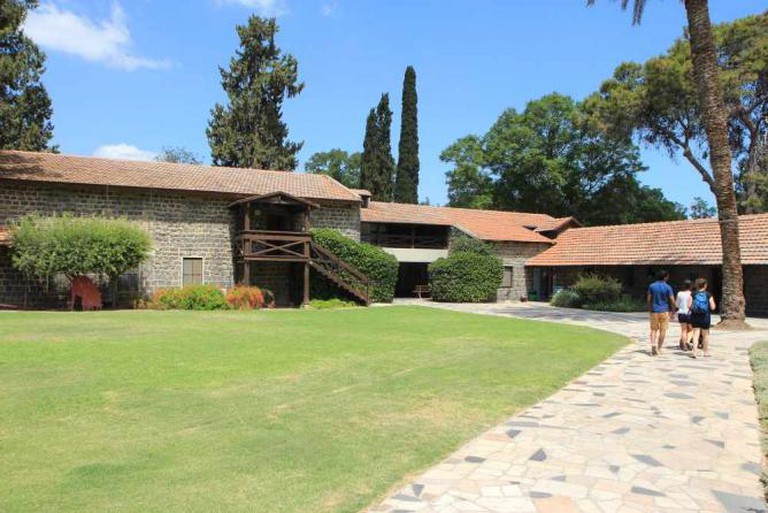 Degania Alef | © 7c/Wikicommons
Also known as Tzova, this kibbutz lies on an history-soaked site in the immediate outskirts of Jerusalem. Its name is linked to the paramilitary unit active during the British Mandate and has indeed been founded by some of the men that belonged to the group. Several modern pioneers choose Tzuba as their first home base in Israel, whether making Aliyah or not, as it is considered to have preserved the ‘spirit of the pioneers’ via a close-knit community. Even many of the socialist traditions have been maintained, such as the absence of private property and meals consumed together in the common dining hall. The economic life actually diversified and flourished as agriculture’s contribution to the kibbutz lessened. However, agriculture never totally disappeared from life in Tzuba. In fact, Agritourism is the spearhead of this highly attractive kibbutz that draws myriad guests. The Tzuba Winery reached top-level production, which earned it numerous awards. The kibbutz also offers an intensive Hebrew language course (Ulpan) as part of a work and living program, aimed at both new immigrants to Israel and tourists.
Open In Google Maps
Tzova, Jerusalem District, 9087000, Israel
+97225347000
Give us feedback

Founded in 1909 during the Ottoman Empire period, Degania Alef started with a population of 12: 10 men and two women. Some of the most important figures of Israel’s history were born or lived here, including such heroic personalities such as Joseph Trumpeldor or Moshe Dayan. Degania Alef successfully privatized in 2007, a decision that changed the face of the kibbutz forever. However,it maintains a social safety net for its inhabitants. Many other kibbutz followed its example during the same period. Degania is also the protagonist of a documentary by Yitzhak Rubin, entitled Degania: The First Kibbutz Fights Its Last Battle, which ignited debate around privatization within the Israeli society. With its long history and a future that seems secure, Degania deserves a visit as a milestone in the kibbutz centennial experience. 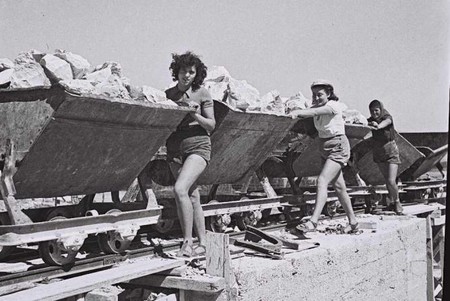 Ein Harod was founded in 1921, but split into two different kibbutzim in 1952, following an intense political feud among its inhabitants. Through the split created by differences in vision, Ein Harod (Meuhad) and Ein Harod (Ihud) were born. Those differences blurred as time passed, and now the two kibbutzim belong to the same network and underwent privatization together in 2009. Ein Harod is now an eco-friendly, super-luxury, full-option hotel, a paradise in the green and rolling Jezreel Valley in the Lower Galilee region. Bird watching, canoeing, paragliding and hot-air balloons, all in breathtaking scenery, are some of the activities and diversions that the kibbutz has to offer to its guests. Ein Harod offers its best to couples looking for a romantic vacation with all the comforts. What about a Jacuzzi, a bottle of top-quality wine and an ardent, dying sun behind the gorgeous Galilean hills? 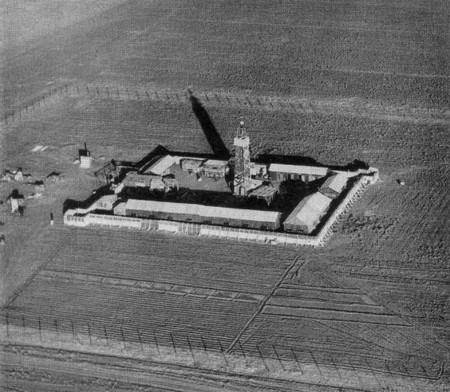 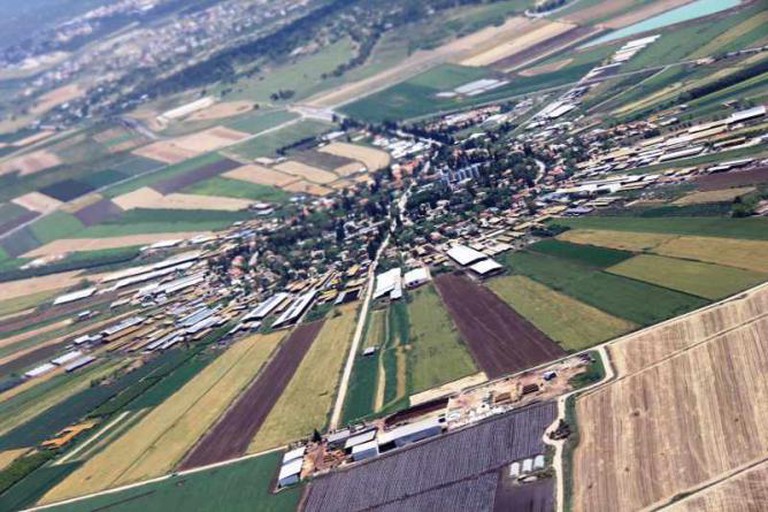 Moshav Nahalal in the Jezreel Valley | Moshav Nahalal in the Jezreel Valley
Sde Eliyahu, located in the Jordan valley, is one of the kibbutzim founded during the British Mandate period as part of the ‘Tower and Stockade’, when this settlement bore more resemblance to a fortified castle than to a pleasant village. Nowadays, things have changed and so has the structure of the kibbutz, but Sde Eliyahu continues to conduct its life according to a collectivist kibbutz model. Being a religious kibbutz, Jewish studies are part of Sde Eliyahu’s core activities: a beit midrash, or study hall, was recently established. It holds regular lessons as well as and special sessions for the intensive study of Jewish Law. This kibbutz is considered a pioneer in organic agriculture and is a perfect destination for those who are interested in chemical-free farming. Bio-tours are organized by the members for both day visitors and long-term guests. These guest will learn about the latest organic farming techniques, as well as reap the tasty benefits of it.
Open In Google Maps
Sde Eliyahu, Israel
Give us feedback

Balfouria was the first village to be founded after the Balfour Declaration and is not a kibbutz, but rather what is termed a moshav. In these communities, industrial production is handled collectively, but the basic unit of these settlements are the household farms. It’s not unusual to find open-door hospitality among these hard-working families. Slightly northeast of this Jezerel Valley moshav, lies an ancient hill, springs and remnants of the valley’s swamps. This area was declared a nature reserve in 1979 and is worth a visit as well. Several organizations exist that help kibbutz volunteers and visitors find their most appropriate base. WWOOF is one of the most popular ways for tourists to find their perfect agricultural match.