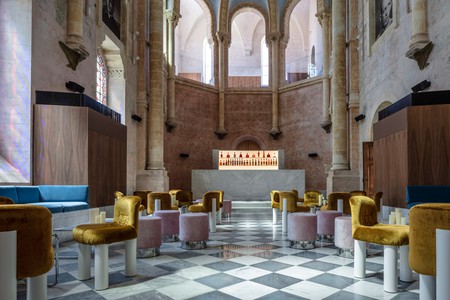 The Old City of Jaffa on the southern fringes of Tel Aviv is one of the oldest inhabited cities in the world, with 4,000 years of tales to tell, including a cameo in the biblical story Jonah and the Whale. Over the centuries, its rich history and winding golden alleyways have lured visitors from across the globe, but recently there’s a new buzz about the place. This Tel Aviv neighbourhood has become a thriving hotbed for fresh creative talent, with a crop of design-led hotels popping up among its historic stone walls. 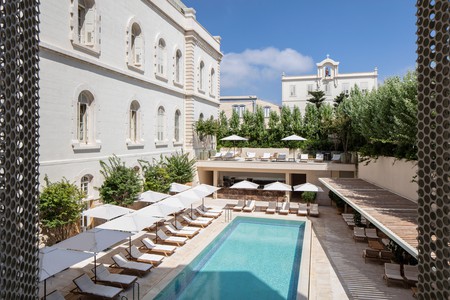 The Jaffa is situated in the heart of Old Jaffa, close to the artist's quarter | © Amit Geron

The Jaffa is the third boutique hotel to be completed in 2018, following on from the Setai Tel Aviv – a former fortress, prison and police station – and the Drisco, the region’s first-ever luxury hotel that’s just reopened after a major makeover. 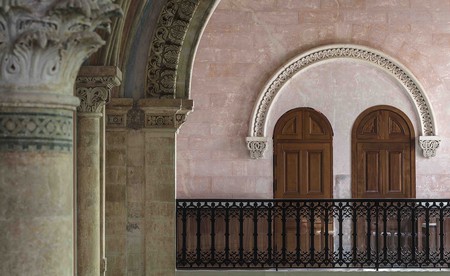 There is a pleasing irony that The Jaffa, a building designed for maximum impact, has been created by whisper-quiet minimalist John Pawson. The British architect – most famous for his work at London’s Design Museum – was called upon to restore and convert the School of the Sisterhood of Saint Joseph Convent and an adjacent 19th-century former hospital into boutique accommodation close to the bustling artist’s quarter. It has some of the finest views of the Mediterranean Sea and offers guests a bolthole for exploring the city’s thriving art gallery district, famous flea market and top-notch restaurant scene. 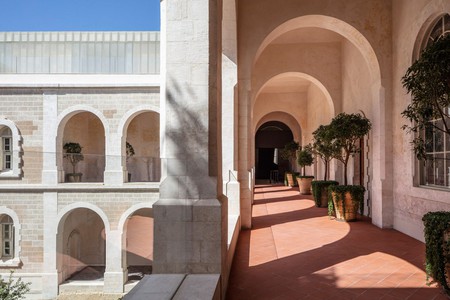 The Jaffa has 120 hotel rooms and suites, 32 private residences and an outdoor pool, which are all connected by arched colonnades and gardens | © Amit Geron

The 120-room boutique hotel combines Arabic and 19th-century neo-Roman architecture with contemporary elements. Working closely with local architect Ramy Gill, Pawson preserved the historic details of both the convent and the hospital, while also designing a new six-storey addition that includes 32 private residences. A leafy central courtyard sits at the heart of the hotel between the two old structures and Pawson’s new adjoining wing to create a U-shaped layout. 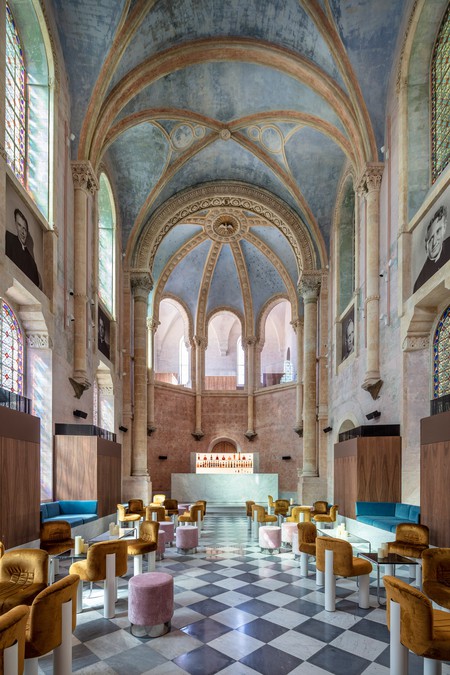 “Having previously worked with John Pawson, I know and love his approach to design, especially with historical projects,” says Aby Rosen, owner and co-founder of real-estate company RFR Holding. “I asked him to bring his minimalist interpretation to the classical monastery building – his sensitivity to the incredible history manifests itself in his thoughtful design, introducing new life and purpose to the building. I am sure The Jaffa will quickly become a Tel Aviv icon.” 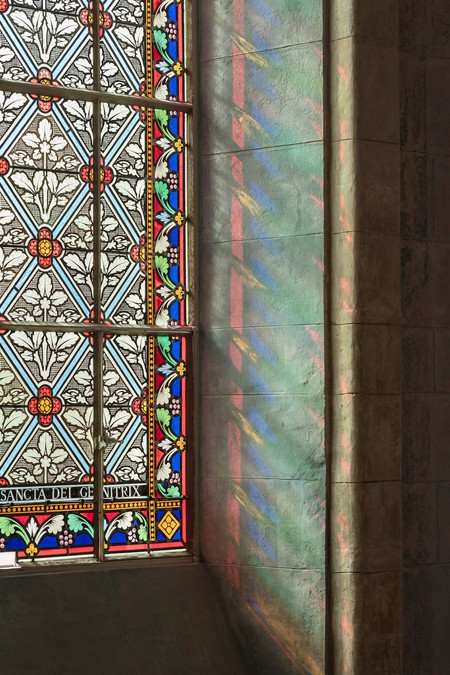 The original stained glass windows of the convent | © Amit Geron

The most show-stopping feature of The Jaffa is The Chapel – the former convent that springs into life as the sun sets, becoming a vast and atmospheric late-night lounge for locals and guests alike. Plush velvet seating and a monolithic marble altar-cum-bar sit beneath magnificent arched ceilings, ornate plasterwork and beautiful stained-glass windows. 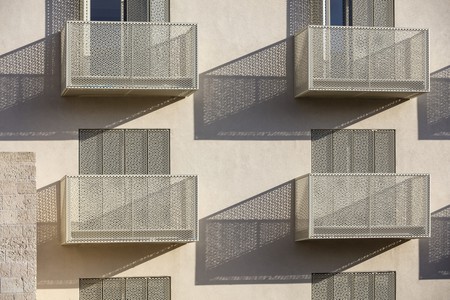 Pawson’s new building is a far cry from the vaulted ceilings and decorative plasterwork of the convent, but hints at the city’s rich cultural heritage. The private balconies reference the characteristic Arabic “mashrabiya” oriel windows with pierced arabesque metalwork while inside the lobby features the remains of a 13th-century bastion wall, now a focal point of the space. It also includes a “Sheshbesh” lounge with bespoke tables designed by Pawson as a nod to the popular Turkish game, much like backgammon, that was typically played by Jaffa merchants. Orange lounge chairs by Japanese designer Shiro Kuramata undoubtedly hint at Tel Aviv’s prevalent Bauhaus architecture while spin paintings by Damien Hirst pop against a solid wall of dark marble. 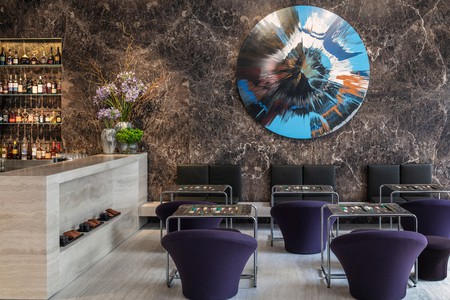 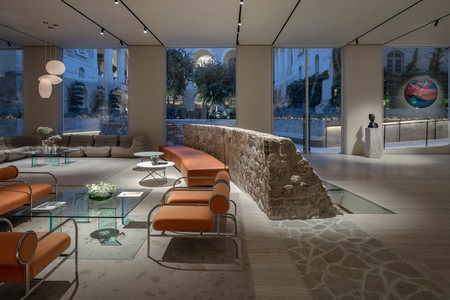 Whether you’re staying in the historic hospital building or Pawson’s contemporary wing, you’re treated to airy rooms with lofty ceilings and a neutral palette that reflects the warm tones of Jaffa’s local stone. There’s a sense of calm in Pawson’s suites, with “floating” beds, sandy-coloured upholstery, a subtle blend of textures and furniture with clean uninterrupted lines. Images from Israeli photographer Tal Shochat adorn the walls. 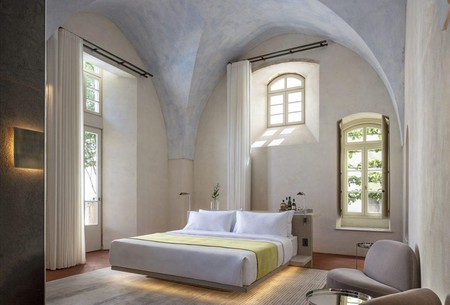 With The Jaffa being just one of many luxury hotels to grace Old Jaffa’s shores in 2018, and plenty more of its historic buildings set for renovation, Tel Aviv’s ancient port is swiftly becoming a go-to destination.