During the day, the Machane Yehudah Market sells every type of food and beverage you can think of, but it’s during the night when the party starts. The daytime vendors shut down, and the bars and restaurants come alive. One of the coolest new hot spots in the market is the Beer Bazaar Jerusalem. This is the second location for the brand — the original one is in the Carmel Market in Tel Aviv — but the concept is the same, with it bringing the top Israeli boutique beers to the masses. 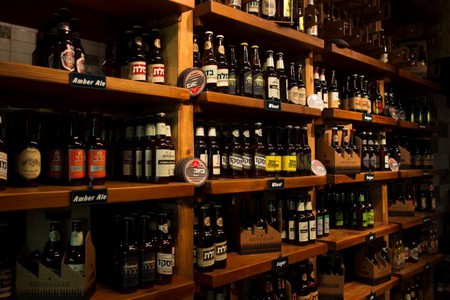 Even though it’s located at the entrance of the market, when you are sitting inside, you don’t feel like you’re in the market space. The place itself is designed in a cool and open manner, complete with an open keg room, beer pipes going through to the taps, beer in the staircase and through to the open kitchen. The music is great, but the real show starts after 9pm every night when the bazaar takes over the market. On Thursday nights, you can even catch a show that the bazaar staff puts on. 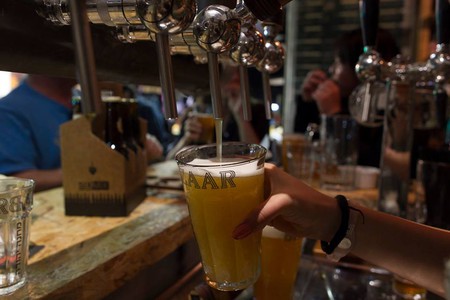 The bar itself is very unique, along with the alcohol offered. The bazaar offers 100 types of Israeli craft beer from microbreweries all over Israel. They also produce two of their own craft beers that are equally delicious. Another cool thing that they do is every time they switch out one of the taps, they reprint their menu as well. Over the weekend when they are the busiest, they always make sure there is enough staff to keep up the service at all times. 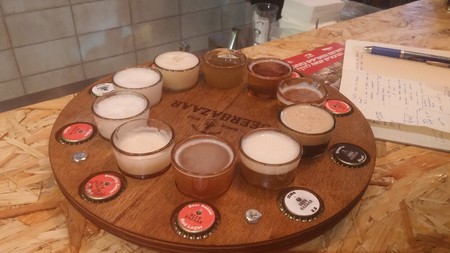 As mentioned before, the bar offers 100 types of Israeli beers in bottles and 11 on tap. At the bazaar, they figured out a way for guests to find out what beer they like — there are actually two ways. One is a beer sampler with ten types of draft beer in shot glasses or a beer flight, which is a bit larger, that comes with four types of beer. Both are great ways to enjoy drinking together with your friends when you come to check this place out. All the beers are really good, and happen to go well with the menu they serve. 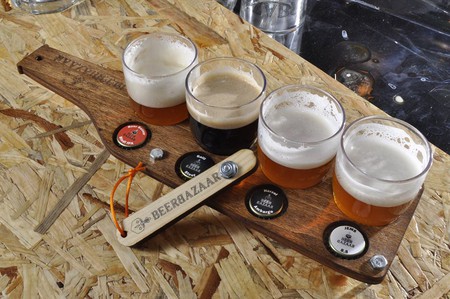 The menu is very simple at BJJ, featuring salads, sandwiches, and some great appetizers. Most of the dishes have beer in them so look out for some really great dishes prepared by Chef Chaim. First they start you off with their signature popcorn, which is homemade and mixed with beer yeast and hot paprika. It’s addicting, leaving you wanting more. Once you’re hooked on the popcorn, you need to try the chestnut and chopped liver accompanied by garlic confit and sour cherry jam. It’s an unbelievable combination, a perfect balance of sweet and savory. 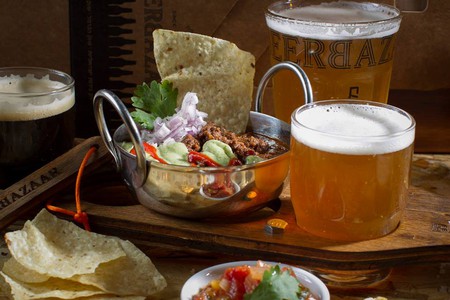 After that, move on to the chili con carne made with stout beer, coated with a cilantro pesto, and served with a side of homemade salsa and corn chips. The chili has the perfect amount of heat and is delicious. For the main course, there are two ways to go, either the beef hot dog or the pastrami sandwich. The pastrami is heated up, topped with pickled cabbage and comes with a side of potato chips and a pickle. 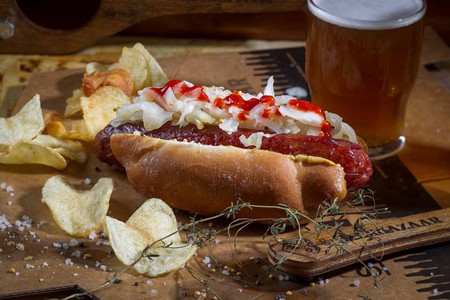 With the phenomenal pastrami, the bread doesn’t crumble, and a great mustard sauce brings it all together. The beef hot dog is placed in a homemade bun with a mustard aioli and is also coated with the same cabbage that they put on the pastrami. It’s a great hot dog, and the chef recommends putting chili on top — it’s one of Israel’s best kosher chili dogs. 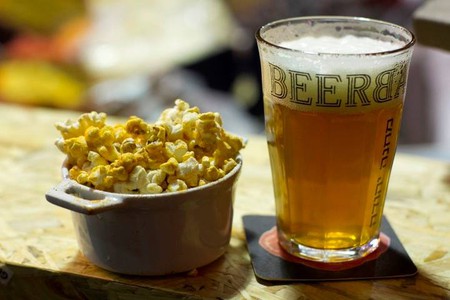 The prices are very reasonable, and you’ll find yourself sitting there for a long time enjoying an unique Jerusalemite experience.