The Top Dance Bars In Jerusalem

Jerusalem may be an ancient city, but it has plenty to keep it contemporary. With an incredible assortment of restaurants, shops, and bars, Jerusalem is an up and coming tourist destination. It has a voracious nightlife, replete with dancing, drinking, hookah, and music. If you’re looking for a fun night, look no further than these spots. 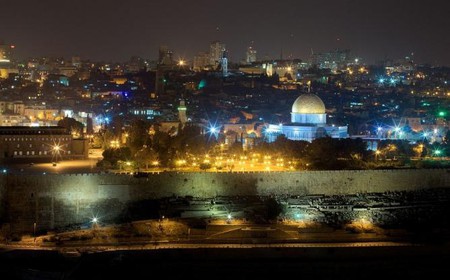 If you’re looking for a dance club that plays fantastic music, come here. Bass Club has been around since 2005 and is reputed to have the best electronic music in Jerusalem, and it is one of the only clubs that plays dubstep, house, techno, trance, and progressive. Every weekend there are DJs from all over the world, with plenty of dancing. This club often has special events, which you can keep track of on their Facebook page. 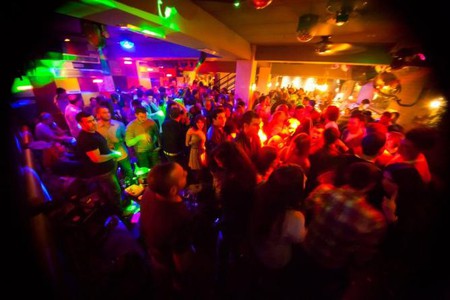 Bar, Israeli, $$$
Facebook
Email
Twitter
Pinterest
Copy link
Share
Map View
Toy Bar, or HaTza’atzua in Hebrew, was built on the former location of a famous toy store. Now it is a bar and dance club, aiming to attract a younger clientele – mostly students – but it is an elegant and trendy place for people of all ages. HaTza’atzua has great bar food, special house cocktails, and special events weekly. This multi-level club also hosts local DJs each week, and is well known for its great party atmosphere and youthful, fun nightlife scene.

Bar, Israeli, 0
Facebook
Email
Twitter
Pinterest
Copy link
Share
Yes, Oliver Twist as in the Charles Dickens’ character – but this dance club certainly bears no resemblance to its namesake. A highly rated dance club and bar located in a renovated 150-year-old structure, Oliver Twist retains a unique, homey feel despite its very modern renovation. The club has a DJ stand, new sound and lighting systems, a huge bar, and a coat closet – so there’s no need to drag your belongings around as you dance the night away.

Haoman 17, named simply after its address, is located in a former warehouse in the industrial zone of Talpiyot. It’s known for its music – mainly for its house, electronic, and trance beats. Haoman 17 often hosts international DJs and has been rated one of the best night clubs in the world. If you’re in the mood for an enormous, busy dance club and bar, this is the place to go.

Bar, Israeli
Facebook
Email
Twitter
Pinterest
Copy link
Share
Map View
If you’re seeking a smaller, more bar-oriented dance scene, Friends Bar in what is known as Crack Square is your scene. It never gets boring in and around Friends Bar, and if a crazy, sleepless night is what you’re planning for, you will not be disappointed.
Give us feedback