Up until 2014, if you wanted to enjoy a decent cocktail with pleasant atmosphere in Jerusalem, Israel, you had to join the tourist crowd at one of the upscale hotel bars, such as the King David or American Colony. Then one day, along came the vibrant, speakeasy-inspired Gatsby and, hot on its tails, the low-key yet stylish Zuta. Culture Trip Tel Aviv brings you the Great Jerusalem Cocktail Showdown of 2015. 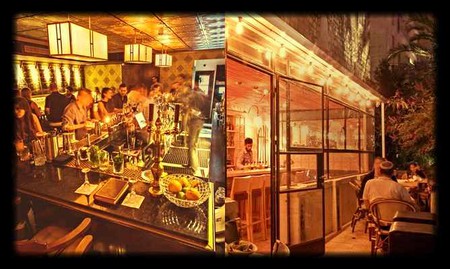 The difference between Gatsby and Zuta is apparent from the moment you walk in. Gatsby wows you with a vintage 1920s speakeasy design down to the last detail, with dim lighting, a long, classic bar, swing music, authentic decorations, a rambunctious crowd and even a ‘secret’ sliding bookshelf entrance. ‘This has been our dream since our first cocktail, so we spared no expense in creating a modern-day portal to a New York speakeasy circa 1925,’ says Johnathan Sagir of Gatsby.

On the flip-side, Zuta’s interior and charming garden seating area are distinctly low-key by design, according to Yankale Turjeman, the culinary mind behind Zuta and its parent restaurant 1868, which is one of the top kosher restaurants in Jerusalem. ‘I don’t want guests to feel like they’re in a fancy bar in Jerusalem or anywhere in particular,’ says Yankale. ‘I want them to feel like they’re guests in my home.’

In addition to nightly festivities, both bars host special events from time to time, such as tastings sponsored by various liquor brands and music by DJs or live bands. 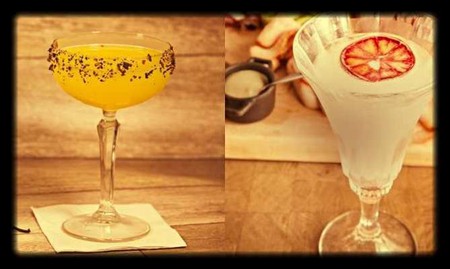 Courtesy of Gatsby and Zuta/Ariel Ozeri

There’s more to a cocktail bar than the drinks, but there’s certainly nothing more important. To that end, Zuta and Gatsby share many key traits. Fresh ingredients and home-brewed mixers, syrups and garnishes. However, they take different approaches to their cocktail menus.

Zuta’s menu is all about purveying the classics, according to Turjeman, so they focus on having a wide selection of premium gins, rums and bourbons to enhance their cocktails. When you try something like an old fashioned with Knob Creek rye, you can truly appreciate this. ‘Our thinking is basically that you don’t mess with the classics,’ says Turjeman. ‘So, what you’re mostly getting here is perfectly executed classic cocktails. Even our own creations are based on the classics and stay true to their spirit.’

While Gatsby also honors the classics, its pride and joy are its original creations. ‘When we were first conceptualizing, we knew that the cocktail menu had to be as unique as Gatsby’s décor,’ Sagir explains. ‘We had to do things like no one else, not just for the sake of being unique, but to give our customers an experience they have never tried before.’ And from that way of thinking came crowd-pleasers like the fiery La Punta (based on chili-infused tequila), the Rising Star (topped with cream, infused with pomegranate extract) and many other delectable concoctions. 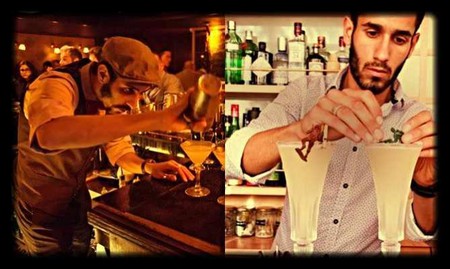 Gatsby and Zuta know that the people serving your cocktails are almost as important as the drinks themselves, and ensure that their bartenders fit their establishments’ character. Gatsby bartenders are the heart and soul of the bar, according to Sagir. They are good-natured, open, constantly working on their craft and pushing the bar to new limits by thinking of new events and promoting the brand. ‘The bartenders are like the conductors of the Gatsby orchestra,’ he says.

Turjeman cites an absolute need for Zuta bartenders to have ‘passion and a feeling for service.’ ‘Some of our bartenders came in here with experience, but others just showed up with a friendly attitude and a desire to learn, so we trained them and now they are some of our best,’ he recounts. 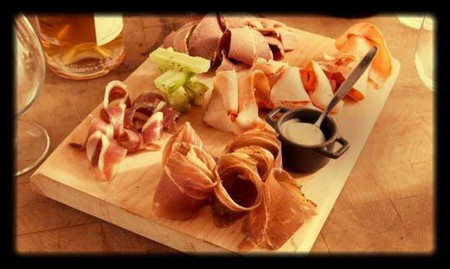 Even though it may not be hard labor, you can easily work up an appetite by drinking a couple of cocktails, and thankfully, Gatsby and Zuta have made sure that you don’t have to leave the bar to satiate your hunger. The menus are deeply reflective of their respective establishments.

Inspired by the classic kosher fine dining of its parent restaurant, Zuta’s menu features outstanding half-portion dishes like homemade charcuterie (corned beef, smoked chicken, sirloin bresaola and duck prosciutto), home-preserved tuna (with a soft-boiled egg and dried tomatoes) and a generous sirloin satay with a delectable peanut sauce, along with a range of desserts. You also have access to 1868’s full dinner menu.

The food at Gatsby is a bit more casual, with an eclectic selection of finger foods that is decidedly not kosher, such as pan-fried mussels in a grapefruit and bacon sauce, a smoked goose breast and roast beef Panini with a homemade aioli, shrimp cigars and more. 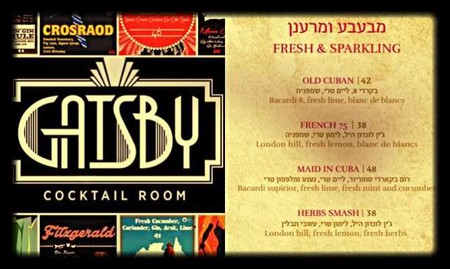 Courtesy of Gatsby and Zuta

No matter what, enjoying a quality cocktail anywhere in Israel is going to set you back a bit further than your average glass of beer or wine, but it’s worth the price of admission here. At both Gatsby and Zuta, drinks and food dishes range from around 38 NIS up to 60-something on the high end, but you get a serious break during happy hour.

Zuta’s happy hour offers the most flexibility and savings of the two, with a 50% discount on all cocktails plus 10% off food, Sunday-Thursday, 6-8 pm. Meanwhile, Gatsby’s happy hour is a smaller window that requires a bit more commitment, but if you plan on having more than one drink, the math works out about the same with 1+1 cocktails every day from 7-8 pm.