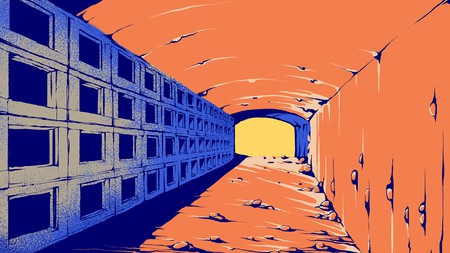 As its cemeteries grow increasingly overcrowded, the holy city of Jerusalem is reviving the ancient tradition of interring people in subterranean tombs. The results of the first phase of a massive construction project, allowing 23,000 more people to be buried, will be revealed to the public in October 2019.

The road leading to Jerusalem from the Israeli Coastal Plain is steep and winding, marked by picturesque mountains, lush verdant forests and small villages dotting the landscape. Nearing the western outskirts of the city are large limestone walls jutting dramatically out of the ground, and row after row of graves appear along the slopes adjacent to the main highway, a jarring memento of an ever-growing problem the city is facing.

More than 150,000 people are interred at Har HaMenuchot, Jerusalem’s main cemetery, which is also one of the first sights to greet visitors as they enter the city. Owing to its history and religious significance, Jerusalem is one of the most coveted pieces of burial real estate on the planet. Some 4,400 people are buried here each year. Cremation, which is forbidden within the Jewish faith, is uncommon in Israel.

The Har HaMenuchot cemetery is quickly running out of space, a pressing issue for which the Rolzur tunnelling company believes it has found a solution. The company is presently engaged in a huge underground construction project that will see 23,000 styrofoam crypts built directly underneath the graveyard. The results of the first phase of this ambitious initiative are to be revealed to the public on 30 October 2019, when a third of the crypts will be unveiled in an official ceremony after nearly three years of ongoing work.

The $50 million (£40 million) project is the brainchild of Arik Glazer, the chief executive of Rolzur, who realised that the ever-expanding Har HaMenuchot cemetery could also expand underground. 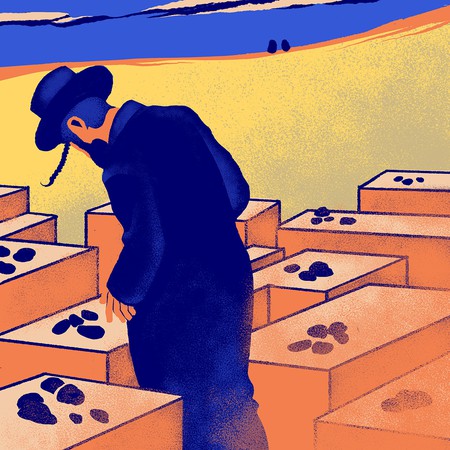 A history of subterranean burial

The Israelites first constructed subterranean crypts in Jerusalem as early as the 9th century BC. Several examples, dating back millennia and featuring elaborate rock-cut facades and inscriptions, remain visible in the Kidron Valley near the Old City. However, the practice of burying the departed in family caves or underground sites fell out of fashion at some point during the Middle Ages and was replaced by the communal cemeteries we see today.

Under Israeli law, every citizen is entitled to a free burial plot in the city of their residence, paid for by the National Insurance Institute. Tombstones, transportation and ceremonies come at an additional cost and often carry price tags reaching thousands of shekels. Nowadays, because of a lack of space, many of the deceased are buried in above-ground multistorey buildings. Others opt to pay astronomical sums of money for the privilege of being laid to rest in a more pastoral setting.

“It’s not only Jerusalem’s residents who are buried in the city, but also Jews from all over the world whose dream it is to be interred here,” says Adi Alphandary, head of business development at Rolzur, who explained that Glazer researched how ancient underground burial caves were constructed in order to see how they could be modernised.

Alphandary explains that the Jerusalem catacombs project will have taken roughly a decade to complete, mainly because it’s particularly labour-intensive to dig into a mountain. The concrete-lined tunnels, punctuated with burial niches punched into the bedrock with a bore, reach a depth of about 50 metres (164 feet) below the existing Har HaMenuchot cemetery and extend hundreds of metres deep within the hillside. Dozens of workers were hired to carry out the work.

“[We’re] taking out quantities of rock and in their stead building spaces for tombs,” Alphandary says. “For the tombs we’ve developed a specialised machine that drills in a specific format and shape.”

The final catacombs will be spacious, well lit and ventilated, and have an elevator that will descend 16 floors from the mountain top to the lowest tunnel level. The tunnels themselves will total 1.3 kilometres (nearly a mile) in length, and those wishing to visit relatives will be able to do so on foot or by riding in electric carts. A small museum examining the history of Jewish burial practices will also be built on-site. 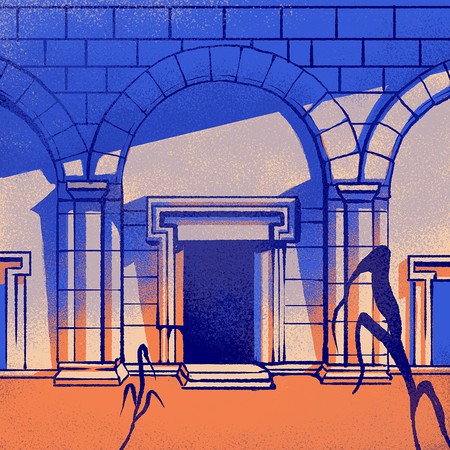 Preserving the land for future generations

Despite the grand scale of the project and its wider social purpose, it was not funded by the state or any government bodies; rather, Jerusalem’s most prominent chevra kadisha, or burial society, decided to launch the initiative in a bid to avoid taking over more land.

Hananya Shachor is the general manager of the Jerusalem Burial Society, which is behind the drive.

“Everyone understands that to cover up a plot of land with graves is not very nice,” Shachor says. “When someone entering Jerusalem sees a large cemetery in front of them, it doesn’t make the city feel very welcoming. But if the cemetery is hidden underground and we can instead use the land above ground for our children, this is obviously an improvement.”

Shachor claims that one other benefit of the catacombs is that they will require less maintenance and upkeep in the long run because it is a self-enclosed system.

“During the Second Temple Period, this was how the Jews buried their dead in the land of Israel, though it fell out of fashion because it was a very expensive method,” Shachor says. “Back then, there were no tractors and people had to dig burial caves with a hammer and chisel. Nowadays it’s cheaper to build [this way] because of machines.”

If the catacombs prove successful, Shachor hopes to continue expanding the caves and adding more and more burial niches. Ultimately, other cities, especially those with mountains nearby, could follow suit and construct their very own underground ‘cities of the dead’, thereby conserving precious green spaces and the world above ground for future generations.