Iva Kafri | In Conversation With An Up-And-Coming Israeli Artist

Iva Kafri uses disparate materials: from wallpaper cuts and fiberglass panes to paint layers, creating surfaces that defy the conventions of traditional art. Born in 1981, Kafri belongs to a younger generation of Israeli artists with extensive international experience, academic training and an exhibition record that spans continents. We sit down with her to explore her work and the issues she addresses. 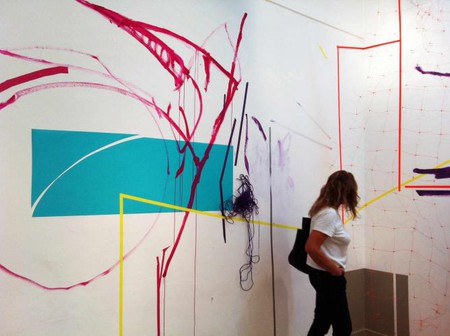 The Culture Trip: At your recent solo exhibition at the Tel Aviv Museum of Art, you present works that deliberately sidestep the painterly conventions of using cloth canvas. Rather than supporting the metaphor of painting as a mirror of nature, your works let museum walls show through, which incidentally makes the settings where your art is exhibited non-transparent. How do you position your artistic work vis-à-vis the representational media that you use?

Iva Kafri: Indeed, these works have been specifically created in response to my thinking about the space in which they were presented. During the period of work on this exhibition, this museum has served as my studio. For this reason, the space of this exhibition has become the opposite of transparent for me. More than that, this site has played an active role in the effect my works have had. 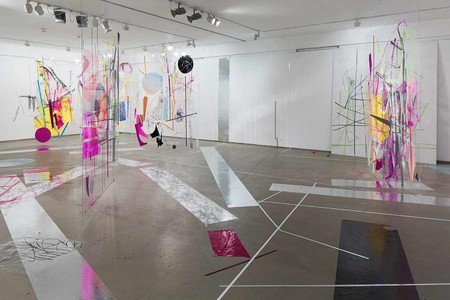 The challenge for me was to display paintings as autonomous entities. In each of these works I was looking for a balance between their different contradictory and complementary aspects. Simultaneously, I was making efforts to integrate the entire space of the exhibition into my paintings and vice versa as their structural element. 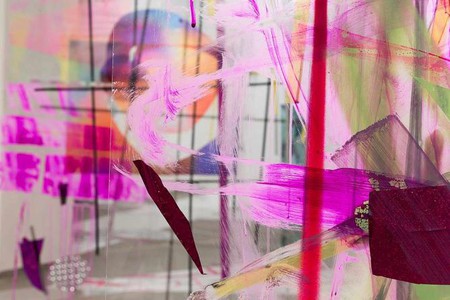 Your works are non-traditionally composed of cutouts, acrylic paint, and artificial materials. Your large-scale Plexiglas canvasses also make the viewer think of industrial production and materials. How do your relate to these aspects in your work?

Being commonly available and widespread, synthetic materials are a natural choice for me. I adore their shiny, glittery and somewhat glitzy qualities. It appeals to me that I can explore the tension between the impression of artificiality it makes and the traces of my human intervention that these materials bear in my artworks. 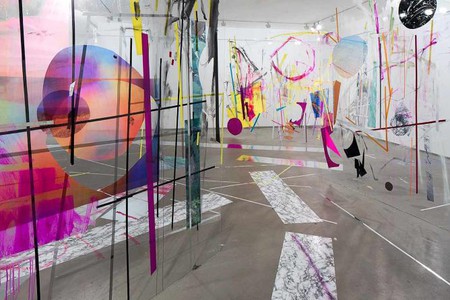 As opposed to other artists from Israel or the Middle East, you avoid bringing local context into your work, choosing instead to produce abstract compositions. As a female Israeli artist, to what extent do you feel that the categories of art, nationality and gender come to expression in your work?

I do acknowledge that my being an Israeli and a woman is an integral part of who I am what my works are. But what I believe in is painting as a language: the power of forms, lines and colors, the infinity of possibilities they contain, and the ability of paintings to express things that go beyond one verbal statement or another. What my work is concerned with is the articulation of existential and poetic aspects of art. 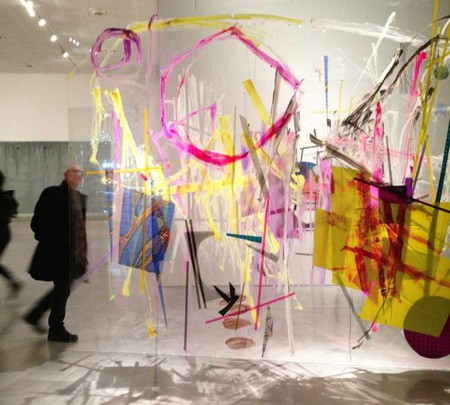 You are one of the artists that were featured at the 2012 art fair Fresh Paint in Tel Aviv and whose career was launched there. Are art fairs, in your opinion, eclipsing art biennials as places where up-and-coming artists can show their works?

Though this artistic event is primarily privately funded, I do not think commercial art fairs can or should replace art biennials, since they have very different goals, despite their ability to give emerging artists large-scale exposure that they have in common. The main objective of commercial fairs is to sell artworks, whereas art biennials are aimed at exhibiting works of art and special projects which would not be shown elsewhere. 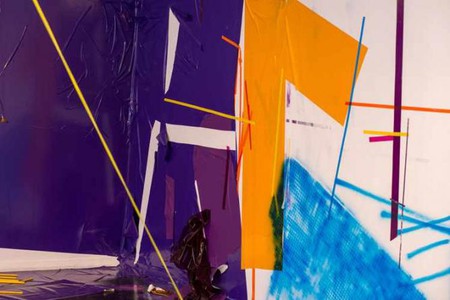 You received your art education in Paris. From your point of view, what are the major differences between Israeli, European and American fields of art that have caught your eye?

In my experience the differences between art scenes in Israel and elsewhere are less pronounced than one would expect. But obviously there are differences, mainly due to the short history of Israeli art as compared to European and other ones. As opposed to Europe and especially the USA, the art market is less developed in Israel. But this also has its positive side, since Israeli art is less influenced by the market, which can also be very liberating. 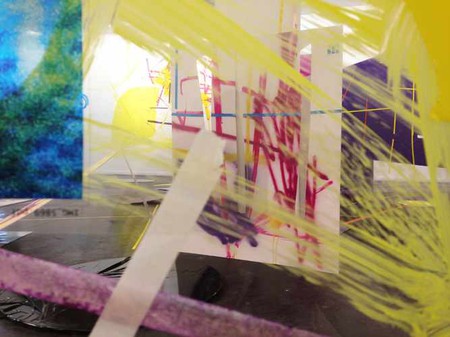 In 2013 you received the Rappaport Prize for a Young Israeli Artist. What significance has this event had for you?

From my perspective, the most significant experience I went through in connection to the prize was the solo exhibition that I have had at the Tel Aviv Museum of Art. The extended exposure that this show has received was very valuable too. It was also an opportunity to make a site-specific installation within the museum’s walls. 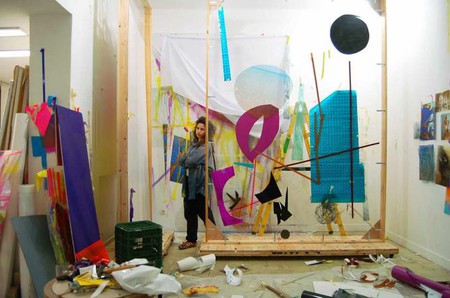 Though you have spent a significant period of time abroad, you have retraced your steps to Tel Aviv. What has this involved in terms of your engagement with the field of contemporary art?

The decision to return to Tel Aviv was not made as a career move, but because I wanted to be in Tel Aviv. Similarly, my studies in Paris have been a consequence of being attracted to this city and its cultural history and ambience. In contrast, in Berlin I felt I was living in an insular world of artists and designers. For me, the significance of a particular city goes beyond the art scene it has.

In addition to his more academic involvements, Pablo Markin is a globe-trotting flâneur with a keen interest in Israel’s and, more broadly, the Middle East’s cultural scene and urban spaces. Follow his Instagram impressions, blog articles and exhibition reviews on Twitter.