Yoga In Israel: A Surprising Hotspot 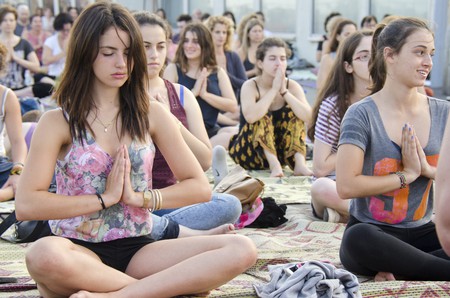 Thanks to the increasing awareness of the benefits of yoga, yoga practice has become popular in Israel. In recent years, Israelis have been practicing yoga and joining yoga classes very enthusiastically to the point that yoga is now an integral part of Israeli daily life.

There are many yoga schools across the country, and people take part intensively. Yoga workshops are organized regularly for students in various universities and schools of Israel, in order to let them mentally relax during exam periods. Children, young adults, and even the elderly have adopted yoga as part of their day-to-day life and have benefited from its stress relief drastically. Several kinds of yoga are popular in Israel, including Mysore Style, Hatha, Ashtanga, Vinyasa, and Iyengar yoga. 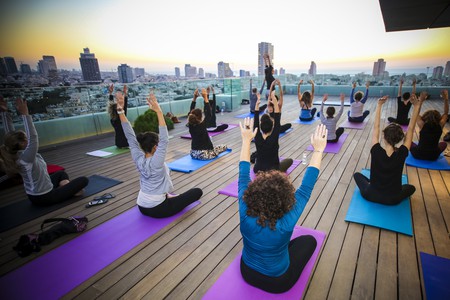 From the mountains of Golan Heights to the deserts of Negev, numerous yoga centers have been cropping up — centers that not only train people but give them a perfect environment to perform yoga in nature. In particular, scores of yoga studios and camps are organized at the Dead Sea. Several Indian yoga training centers have also emerged, where Indian teachers are invited to train students about the ancient method of gaining peace of body and mind. Yoga workshops are organized in English as well as Hebrew. 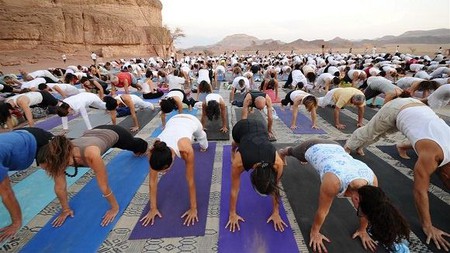 Not only a form of exercise, yoga has now been developed as a mode of tourism, with a variety of yoga retreat centers established throughout the country. Yoga retreats offer perfect surroundings in which to perform yoga. Yoga retreats like Hatha Yoga Retreat, also known as Desert Ashram, is a popular destination for yoga lovers who want to spend their weekend in peace and calm in the desert.

Desert Yoga is something that has become extremely popular in Israel, providing a peaceful environment for practicing yoga and meditation. People opt for desert yoga camps during weekends and spend time in the heart of nature, chanting Ragas and Vedic Mantras to relax from the fast life of the bustling city. There are many such establishments like Yoga Arava, Desert Ashram, Wild Yoga Retreat, and Deep Desert which organize desert workshops regularly. 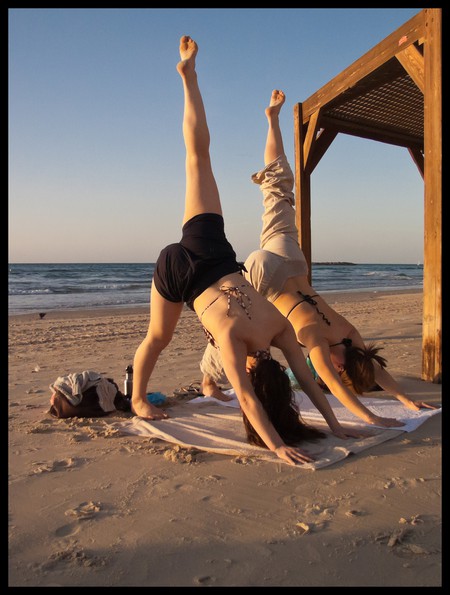 Beach Yoga is yet another kind of yoga that Israeli people are fond of. Many such workshops are being organized at the beaches of Tel Aviv, where not only locals but international tourists zealously join in. At the same time, Dead Sea Yoga has also emerged as a popular activity for yoga lovers. It has become a major place for seashore yoga, where flocks of tourists come to recharge, and to reject the mental strain of everyday life. Ananda Yoga Centre is one of the institutions that organizes such programs at the Dead Sea.