Delving into traditions dating back hundreds of years from over 70 ethnicities, and exploring a young society just beginning to indulge in the luxuries of food and drink, Roger Sherman’s upcoming documentary The Search for Israeli Cuisine shows the Israeli people in a new, and often surprising light. 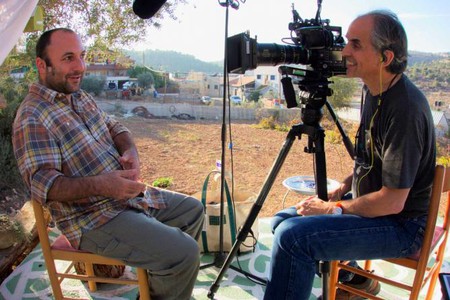 The Search for Israeli Cuisine in action | © Florentine Films

Roger Sherman, whose documentaries have been honoured with an Emmy, a Peabody, and two Academy Award nominations, had little interest in visiting the land of his forefathers. Rather, he was all set to explore the restaurats of Paris. After, somewhat haphazardly, finding himself on a culinary press trip to Israel, he was surprised and delighted at its remarkable food scene. On returning to the States and sharing his experiences, it became apparent that most people, even those who consider themselves strongly connected to Israel, were completely unaware of the major culinary revolution taking place. In this unexpected way, a new project was born.

The Search for Israeli Cuisine team is currently editing their footage, with the finished product set to air on public US television, and then shown in festivals worldwide. The documentary is not a cooking show, instead, it aims to help the world ‘understand the real Israeli people, through the vehicle of food’. To delve into the nature of the sabra, the soft inner fruit with a spiky exterior that has come to represent the Israeli character, and explore the 70+ ethnicities whose century-old traditions are at the source of Israel’s revolutionary food scene. 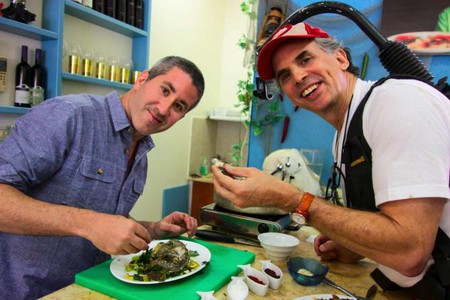 ‘The Search for Israeli Cuisine’ explores what Israeli food is, and how its culinary scene has come to flourish in the past 20 years, both intimately linked with its eclectic population. For many, the country’s combination of cultures is central to its cuisine; it is not unusual for a Hungarian to wed, or work alongside an Iraqi, for instance, creating a unique culinary fusion. Factor in the Middle Eastern location, and the almost rite-of-passage post-army trip abroad to explore the world, and you have a rare blend of influences, exclusive to Israel. Contrary to this mix, however, is a strong hold on identity and tradition. Many consider their culinary traditions to belong to the country they emigrated from and are unenthused at the notion of Israel as a culinary ‘melting pot’.

Hence, ‘Israeli food’ is undefined; salt beef and falafel are only a fraction of what the country has to offer. As Sherman is keen to emphasize, Israel’s food scene is only just entering its adolescence. Israel was, not so long ago, a third world country with no time or money for luxury dining or food craftsmanship. Its recent revolution allows for the privilege of experimentation, adaptation and freedom, often inspired by traditional dishes, the food of grandparents. In addition to its ancient-modern balance, Israel’s simply prepared, locally sourced, fresh produce is gaining worldwide acclaim. 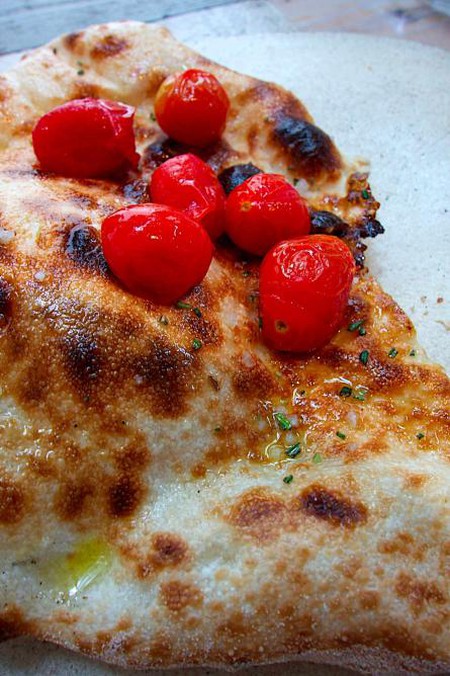 Who better to lead the audience across Israel than chef/guide Mike Solomonov, owner and chef of Philadelphia’s award winning modern Israeli restaurant Zahav. Mike seamlessly interprets Israel’s multifaceted cuisine by inviting viewers into conversations with renowned Israeli chefs and journalists. He offers his audience a place at the table while he tucks into Israel’s many culinary delights, ranging from Tel Aviv’s most exclusive restaurants, to boutique wineries, to street-side eats. His personal manner is perfectly suited to the topic; preparing and consuming food are essentially nurturing, intimate practices at the centre of family and community life.

This largely unexplored topic is filled with surprises, excitement and a touching exposure of a population with tradition at its core. The Search for Israeli Cuisine exposes ‘the [current] most dynamic food scene in the world,’ in all its salivating, heartfelt and diverse forms. To whet the appetite, watch the teaser here.