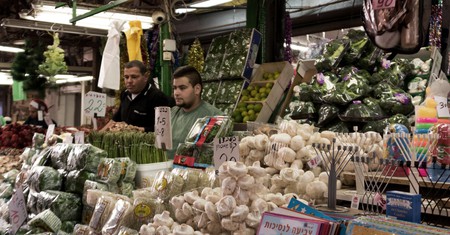 An enduring love of vegetables and an overwhelming urge to innovate are just two of the reasons behind veganism’s inexorable rise in Israel.

The Land of Milk and Honey needs a new name. With a reported 5 percent of Israelis opting for a vegan diet, the Land of Soy and Date Paste might be a better fit.

Indeed, where else in the world can you find soldiers marching in animal-free boots, belts and berets? Even global food brands such as Domino’s and Ben & Jerry’s have seen the value in debuting vegan-friendly options in the country – the unveiling of de-milked chunky monkey and fudge brownie ice cream at the 2017 Vegan Congress in Tel Aviv was something of a watershed moment.

In the so-called vegan capital of the world and beyond, Israel’s star chefs are opening restaurants with plant-based menus and its food bloggers are hard at work feeding their growing audiences with new recipes and insights on the lifestyle that never fails to get people talking.

It’s perhaps the high level of idealism in Israel’s veganism movement that has caused its citizens to take on a trend with even more zeal than their counterparts in Europe and North America, but Israelis also just really like vegetables.

“The fresh produce is top quality and the Mediterranean diet has lots of flavours in its naturally vegan dishes,” says Ruthie Rousso, a Tel Aviv-based food historian and critic. “The Israeli diet is based on the meze (the little salads you eat before the meal). So giving up on meat is not the biggest sacrifice.” 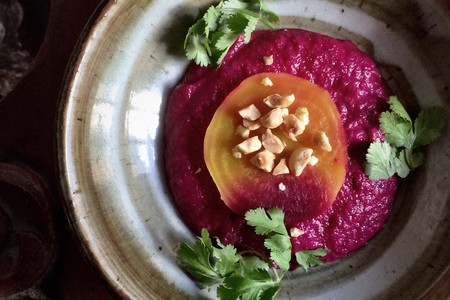 Meat-free meze, including this beetroot, hazelnut and coriander dish, are a staple of Israeli cuisine | © Jon12 / Stockimo / Alamy Stock Photo

Inbal Baum, a former attorney and founder of Delicious Israel, a company that offers culinary tours, sees veganism’s popularity as a natural evolution of Israelis’ relationship with the land.

“Veganism makes so much sense historically in the Israeli diet because eating from the land has always been significant,” she explains. “Eating vegetables was a way of survival. We don’t call it ‘farm to table’ here, but this style of local-produce-based eating is how my grandfather was able to live when he arrived at the kibbutz back in the 1930s – they ate what they grew.

“This simplicity is still what we see on the tables of the trendiest restaurants, like Eyal Shani’s now-famous whole-roasted cauliflower. And these top chefs will only serve from the top farms in the country.”

Even shawarma, the Middle Eastern sliced-meat sandwich beloved by late-night revellers the world over, is being popularised in its vegan form – most notably at Sultana, a dedicated eatery in Tel Aviv. One reason for the dish’s success is its adaptability: shawarma is all about the flavour of the spices, which can be added to vegetables or non-animal proteins.

Using the different spices that Russian, Yemeni, Austrian, Persian, Moroccan, Iraqi and other immigrants brought to the country has helped to define what is essentially a lovely mishmash of gastronomic identities, which undoubtedly makes any vegetable more interesting.

But there’s more to veganism’s popularity in Israel than a love of vegetables. For Israel’s Jewish population, whether Ashkenazi or Sephardic, meat is, after all, a major part of the traditional diet. 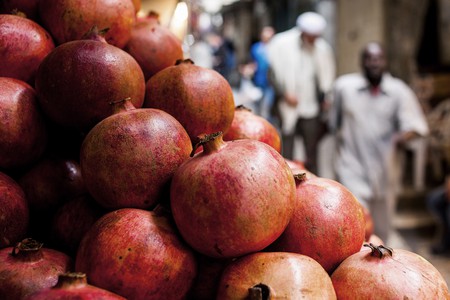 That being said, Israel has never had a reputation for great meat. It’s a small, mostly arid country without much room to raise cattle. And, while a beef industry has grown in the more verdant north, the vast majority of beef is imported.

Of the five major boards in Israel’s food industry – poultry and eggs, meat, milk, produce, and olive oil – only the first three are sponsored by the government. However, beef and chicken remain expensive and their quality is often mediocre.

“There’s much politics involved in the meat business here, which leads to the mistreatment of the animals,” says Rousso.

Indeed, kosher slaughter rituals have been under scrutiny since damning reports emerged in 2018 revealing how supposedly humane slaughtering practices – one of the principal rules of kashrut (kosher law) – were anything but. The investigative TV programme Kolbotek went undercover to document the alleged abuse of calves at a slaughterhouse owned by Tnuva, Israel’s largest food manufacturer. The nation was shocked and the Environmental Protection Ministry launched a criminal investigation after the exposé aired. 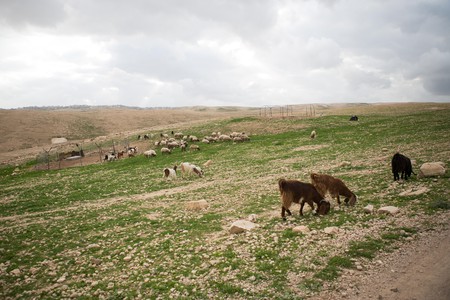 The self-appointed spiritual leader of Israel’s vegan movement is Omri Paz, who started the non-profit Vegan-Friendly in 2012, after he was exposed to the workings of the animal-product industry. In the years since, the organisation has developed a widely adopted accreditation system, mounted demonstrations numbering in the tens of thousands and launched Vegan-Fest Tel Aviv, the largest event of its kind in the world. Next on the horizon is the release of virtual reality software that allows potential carnivores to see the meat production process from the perspective of the animal they’re about to eat.

Technological innovation of a different sort is another defining feature of Israel’s vegan movement: the development of clean – slaughter-free and planet-friendly – meat. Several homegrown start-ups are in competition with Dutch and American companies to produce affordable, high-quality products – one has already made history with its December 2018 launch of the world’s first cell-grown minute steak. 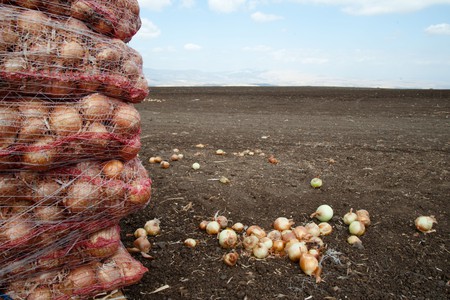 “Israeli cuisine is a form of ‘chutzpa’ [‘impudence’ or ‘shameless audacity’ in Hebrew],” said celebrity chef Eyal Shani in an interview with YOMYOM. “Israelis have no borders, no laws and no God when cooking. They take a thing and smash it.” Combine that freewheeling approach with the Israeli start-up mentality and it’s no surprise exciting vegan novelties are coming out of Israel thick and fast.

Take Eshchar Ben-Shitrit, who in early 2018 launched Tel Aviv-based Jet-Eat, which is developing 3D-printed vegan steaks. Ben-Shitrit aims to have his product on store shelves by 2020. And his is only one of approximately 250 Israeli companies working in food tech, according to the tracker Start-Up Nation Finder.

VeganNation, meanwhile, has started VeganCoin, a cruelty-free cryptocurrency. Its CEO and co-founder, US-born Isaac Thomas, joined forces with his three Israeli partners – Nati Giat, Shneor Shapira and Yossi Raybi – to start a company that would unite vegans from around the world in an across-the-board platform. Among other things, it’s a place for vegan-centric discussion on anything from clothing to recipes.

Whether it’s in the realm of cooking, currency or communication, Israel’s vegans are finding new ways to interpret a lifestyle that is gaining ground across the globe. As a result, the country’s two modern nicknames – the Start-Up Nation and the Vegan Nation – are rapidly merging into one.