Is the Dead Sea Really Drying Up?

The Dead Sea is is the lowest point on earth, sandwiched between Israel, Jordan, and the West Bank. World renowned for its mystical waters that are impossible to sink in, it is almost 10 times more salty than the ocean. At 997-feet deep, it’s the deepest hypersaline lake in the world. However, its status as one of the region’s prime tourist attractions is under threat: its waters are slowly drying up and the landscape is in the midst of irreversible change. Is Israel on the verge of its biggest environmental disaster?

What’s causing the Dead Sea to dry up?

The shocking decline of the Dead Sea’s water levels are the result of a combination of largely human-made factors. Arguably the biggest reason is the drying up of the Jordan River that feeds the Dead Sea.

Once a great waterway, the Jordan River is now undergoing a slow death. This is partly the result of the construction of new dams in Jordan and Syria, which are restricting its water supply, and the rising human populations in the Middle East, which adds further strain.

Moreover, a significant portion of the blame must be given to Jordanian and Israeli industrial plants, who are using up the Dead Sea’s water during extraction of its minerals. Shockingly, this alone is responsible for 20 per cent of the yearly loss of water in the Dead Sea.

Add to this a political situation fraught with disunity and self-interest, stifling any kind of multi-lateral agreement to solve this water crisis, and one can see the severity of the issue ahead.

How bad is it?

Pretty bad. The surface level is dropping more than a metre (3ft) a year, and since Israel’s establishment in 1948, the sea level has fallen by 40 meters. Data collected by the Geological Survey of Israel (GSI) has found that the rate of this change, since 1976, is accelerating each decade.

The impact of these changes is starkly demonstrated at the tourist resort of Ein Gedi, along the Dead Sea’s coastline. In the latter years of the 1980s, when the main building, souvenir shop and restaurant were built, the water would splash against its walls. Now, the resort is 2km from the water’s edge. It’s been forced to acquire a special train to transport tourists to and from the sea and the resort.

A by-product of the receding water level is the emergence of sinkholes – some 6,000 now litter the Dead Sea’s coastline. Dr. Gideon Baer, head of the GSI division tracking the Dead Sea, estimates that 500 new sinkholes appear every year – a startling average of more than one every day.

These are changing the landscape irrevocably, harming local enterprises and potentially making the area inaccessible in the decades to come. 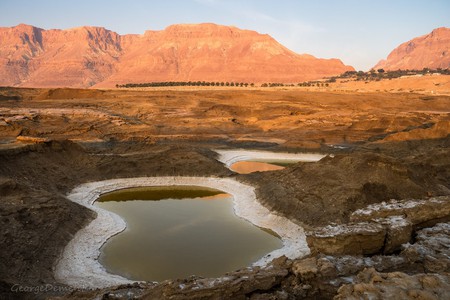 One reassuring piece of information is that the water is not going to disappear entirely. As Kevin Connolly of the BBC writes, “the science of saltiness and saturation means that the Dead Sea will eventually reach a point of equilibrium where it will stop shrinking”.

So, what is being done to save the Dead Sea?

In 2015, Israel and Jordan signed a $900 million deal in an attempt to stabilize the sea’s water levels. This entails the highly ambitious construction of a canal from the Red Sea all the way up to the Dead Sea. The aim is to add 300 million cubic meters annually into the Dead Sea.

How successful this project will be for the long-term sustainability of the Dead Sea remains to be seen, but it at least shows the two countries are being proactive in attempts to find a solution. Overall, however, efforts to save the Dead Sea have been limited and slow.

We can only speculate about what the future holds for the Dead Sea, its local communities, and its tourism, but it is expected to continue shrinking and the number of sinkholes will continue to proliferate. For now, grab your bathing suit, book a flight, and make the most out of its magical waters while you can. 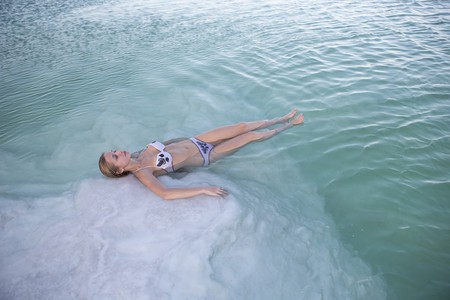