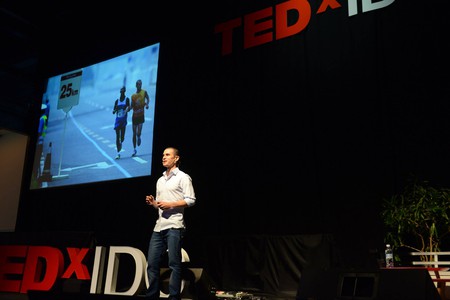 For the last 10 years, Gai Ben Dor, 32, has been a running coach for people with disabilities (on a voluntary basis) and recently established 180° – a non-profit organization that holds running and walking groups for people with disabilities. Dor is also a motivational speaker and lectures for various business organizations and academic and educational institutes including TEDx.

Dor’s story began 10 years ago when he spotted an internet ad which read: ‘Wanted: A Runner with Soul’ – a blind person was looking for someone to run with, and Dor and his father decided to volunteer. After running thousands of kilometers together, in 2008, Dor and his running partner represented Israel in the marathon competition (42.2 kilometers) at the Paralympic Games in Beijing. Later that year, they went together on a journey in the Himalayas, heading to Mount Everest. In 2009, he established a groundbreaking project of running and walking groups that combines people with all sorts of disabilities and volunteers who guide them. 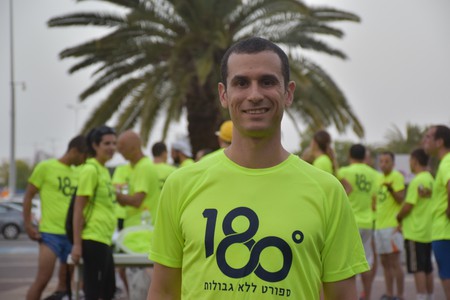 Dor sees true meaning in helping others. Those with disabilities don’t always have the same opportunities as others, specifically in sport. The lack of appropriate frameworks, social exclusion and lack of faith in their abilities all contribute to why people with disabilities aren’t included in sport. Dor’s dream was to create a framework that will not only allow people with disabilities to begin running but also a way of bringing people together. “I truly believe that when people are doing sports activities together, they go through a process that creates a relationship, and removes the barriers between them,” he said. “I also believe that sports helps people to develop self-confidence, sense of ability and higher self-esteem.” 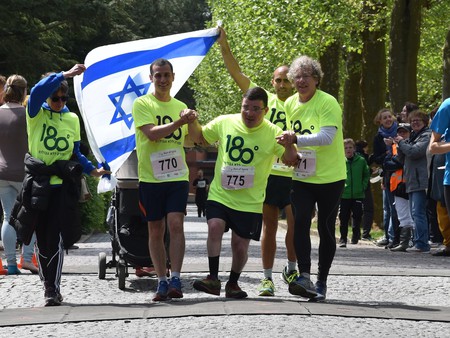 Dor’s vision for the future is to continue to empower people with disabilities across Israel and beyond, and to live in a society that readily accepts all individuals, those with or without disabilities. Having already lectured at TEDx, Dor dreams of speaking at TED global one day.