Inspirational Street Art on the Walls of Tel Aviv 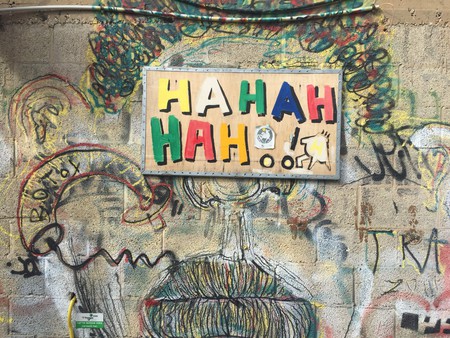 Tel Aviv’s street art scene has long made a name for itself, with local stars like Know Hope making it to the big leagues. The city’s streets are rife with amazing works of graffiti as well as stenciled quotes – urban memes if you will – packing inspirational (and sometimes humorous) messages.

A famously gay tolerant city, Tel Aviv takes pride in never shying away from expressing its openness. Here you can see a religious Jew and a secular man cuddling above the Biblical phrase ‘Free love’ – taken to mean love freely. 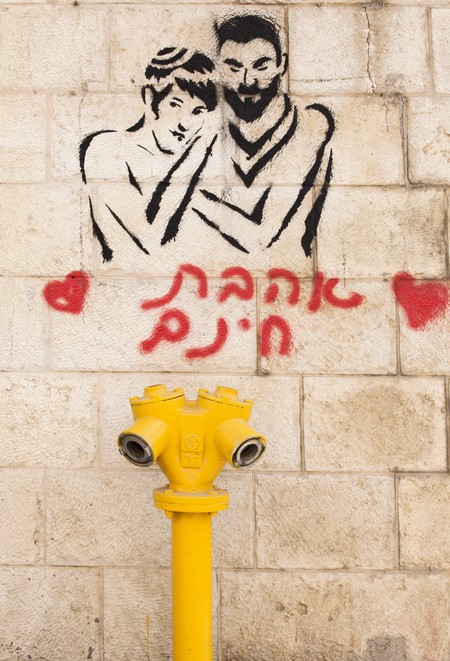 A religious Jew and a secular man cuddle above the Biblical phrase: ‘Free love’ | © Zeevveez, flickr

Indeed, love is a recurring theme in some of the city’s street art: ‘Love, in spite’ is the best translation one can offer for the untranslatable Hebrew word ‘davka’. It can mean both ‘on purpose’, in the mean and vindictive sense, and ‘in spite of’ or ‘despite’ in the positive sense.

Feminist graffiti is not a rarity in Tel Aviv. Here you can see two body-positive messages, the first reminding you that ‘#You’re not fat’ and the second with a clear message: ‘You’re great regardless of your tits and ass.’

2 different works in the one shot. #kufsonim by #adisened and unknown author whith #typography "You are not fat" #youarenotfat Somewhere in Tel Aviv…

When Israel’s most famous comics artist, Dudu Geva, passed away, local artists paid tribute by covering the city with his iconic duck and his immortal and quintessentially Israeli catchphrase: ‘It’ll all be ok.’ 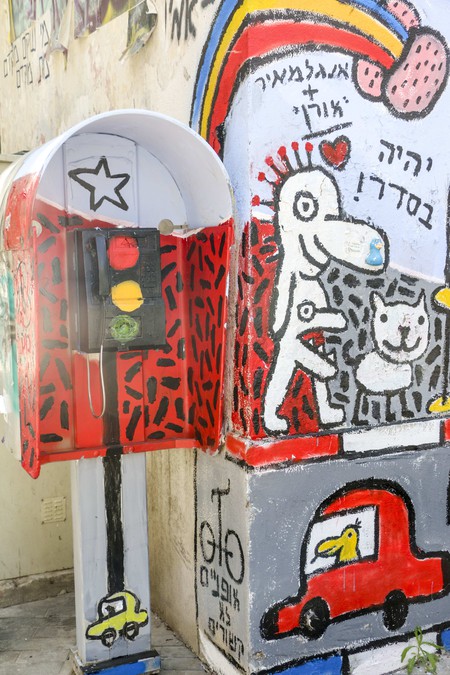 Indeed, sometimes Tel Aviv’s graffiti just seems to want to calm you down and remind you that you can just chill out (or pass out) like Homer Simpson: 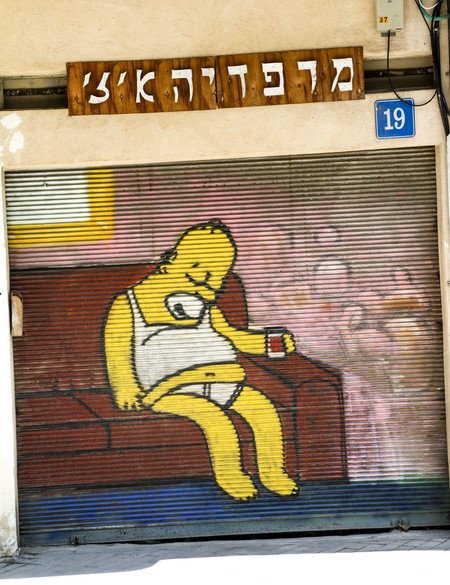 And it’s not just Homer. Tel Aviv muralist Rami Meir’s life-size works show us that in this city, sometimes artworks work harder than the locals, at least during the hot summer. 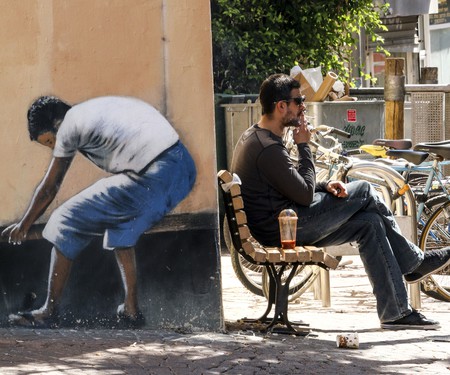 Sometimes works of art can work while we rest | © Ami Zoran

Here you can see one of Meir’s more famous works:

This work, titled ‘The real victory’, is a throwback to your (really) early days, just in case you’re feeling low and need to remember you were born a winner. 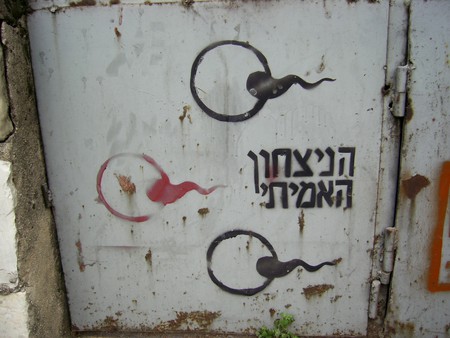 ‘The real victory’: A throwback to your early days and your first great achievement, in case you’re feeling low | © zeevveez, flickr

Sometimes what starts off as inspirational gets spun into the morbid, but don’t let it get you down – it just shows you that in Tel Aviv, even the thorniest of issues can be the butt of a (dark) joke.

And Tel Aviv knows how to take a joke: this piece of graffiti is an inside joke about how Tel Aviv – jealous of New York City – wished it had squirrels, instead of cats, wandering its streets. In the meantime, locals will make do with this great piece of graffiti of the city’s classic trash bins (called ‘toads’) being pushed around by a gigantic version of the fuzzy critters. 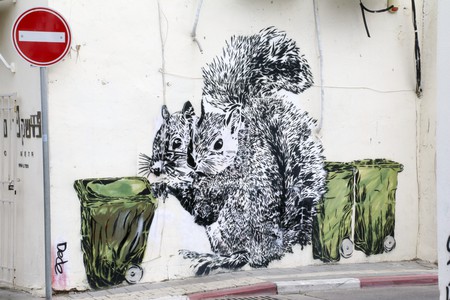 Tel Aviv wished it had squirrels. In the meantime, they’ll have to make do with graffiti of classic Tel Aviv trash bins (called ‘Toads’) being pushed around by the fuzzy critters | © Ami Zoran

While the image above belongs to graphic street artist Dede, this one shows a dialogue between two textual street artists. One is Nitzan Mintz, who plasters her poems across southern Tel Aviv with her distinct block font (on the left): ‘God / has / hands / He’s touching / Me / Now.’ To the right, Tamara responds with a question and some paper ducks, asking: ‘Tell me, did he say why you take reality / and turn it into poems? Because I say poems say, and reality is buried under a new reality.’ 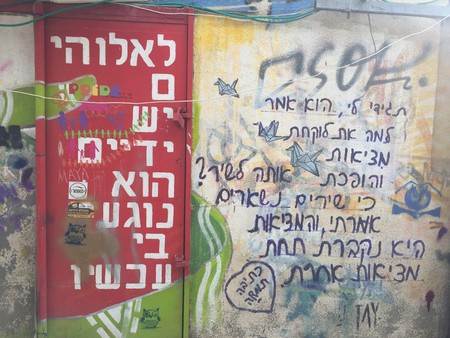 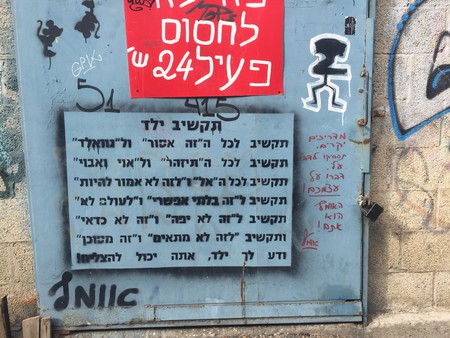