Inside the Studios of Tel Aviv’s Most Exciting Artists 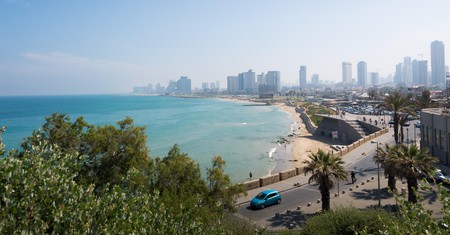 Tel Aviv is the creative, bohemian heart of Israel and home to a flourishing art scene that is diverse and dynamic in equal measure. Over the last decade, many of the city’s most promising artists have migrated to Tel Aviv’s southern neighbourhoods, where studios are more affordable and where an artists’ community has blossomed.

Moran Kliger works out of a beautiful light-filled studio in south Tel Aviv that suits her large-scale pieces perfectly. Her body of work is based mostly on figurative and narrative drawings of animal–human hybrid creatures that tackle questions about domesticity versus the untamed side of humanity. Kliger’s oeuvre is diverse and consists of many different techniques, including printing and illustration. Having exhibited her work around the world, Kliger’s art has also appeared at the OpenArt Biennale in Orbero, Sweden, in a book of illustration and in a documentary. 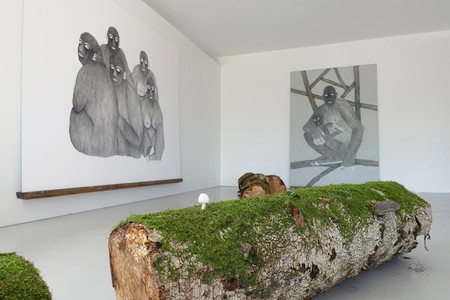 Opening her first solo show at Dvir Gallery in Tel Aviv, Adi Fluman creates computer-generated digital sculptures that explore the boundaries of representation and reality. She focuses on the tensions between juxtapositions, such as antiquity and modernity and the existent and the nonexistent. She also simulates the material forms of elusive sensations and feelings, like certain smells. It is her goal to disorient the viewer and present them with artwork that challenges their senses. She hopes her work, which lies somewhere between sculpture and image, will question traditional discourses about how both of these art forms should be viewed and discussed.

Painter Daniel Oksenberg bases his work on the photographs that he takes every day on his smartphone and later posts on social media. These are often mundane images, from a part of a bus to the floor of his shower. He then deconstructs the images and presents them through a new reality in his own unique style. 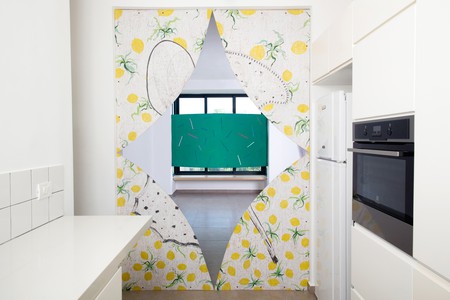 Having relocated to Israel from Ukraine at a young age, much of Vera Vladimirsky’s work deals with identity and migration. Her pieces often use images of her former homes and her earliest memories through which she analyses what it means to belong to a place. Her use of photography to construct and deconstruct reality keeps the viewer on edge, and her work will resonate especially with those familiar with migration.

Aviv Grinberg’s body of work includes detailed portraits, sculptural pieces and large-scale installations that respond to many of the issues he faces within his social, familial and local environment. Many of his pieces are informed by past and daily experiences, both as a member of the LGBTQ community – addressing issues of identity and equality — and as a resident in a multicultural neighbourhood where minorities interact. In his role as a jail warden during his mandatory military service, he observed and carried out daily cleaning orders that later informed and inspired some of his work. He observed that instead of being a place where prisoners could right their wrongs, jail was often a place where social injustice thrived and where ultimately ‘cleansing’ was not a possibility. In his art, Grinberg uses cleaning agents as colours, sampling and examining their dual nature – both “toxic and alluring”– and uses materials sourced from local shops, mixing industrial, mass-produced materials and everyday objects to create his works of cultural commentary. 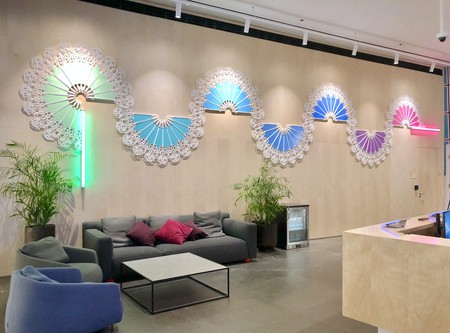 This article was written in collaboration with Oh So Arty, an international art guide company that runs behind-the-scenes art tours in Tel Aviv, allowing an insider’s view of the community’s most exciting artists.