Born in Tel-Aviv in 1980, Ido Biran, a trained cinematographer and architect, is a mastermind behind an urban photography project revolving around Tel Aviv’s streetscapes launched in 2014. Referring both to Tel Aviv denizens and to all things Tel Aviv, the project, named Tel-Avivi, enjoys a growing following both on Facebook and Instagram. Pablo Markin meets the artist to find out more.

Q.: What is your background that has led you to your present project on Tel Aviv?

A.: After graduating with a Bachelor’s of Fine Arts in Film from Tel Aviv University in 2007, I have received a graduate degree in Architecture at the University of California, Los Angeles in 2011. After working as an architectural designer, I decided to widen the breadth of my professional activity to art photography, product design and visual blogging. These tendencies come to expression in my urban photography project, Tel-Avivi, that involves not only maintaining a visual blog on the social media, but also observing the aesthetic side of Tel Aviv’s urban space and incorporating the resulting photography into postcards and other platforms. 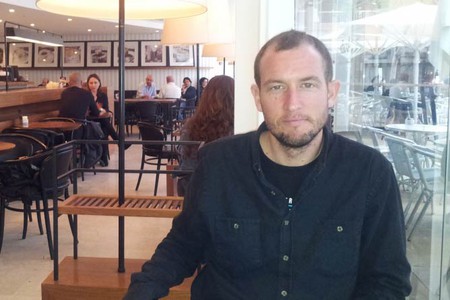 Q.: How did you start working on the Tel-Avivi project?

A.: While wandering the streets of Tel Aviv and taking pictures in 2014, I started to think that a project tracing a visual side of this city could be of interest to the general public. Given that my photographic works have already been included in several solo exhibitions, such as the ‘Shablona'[A Stencil] show dedicated to Tel Aviv’s graffiti at the Tel Aviv Cinémathèque in 2004, integrating a photographic portrait of this city into the social media takes my work beyond gallery walls and into the realm of daily life. Since I having also been a photographer at Time Out Tel Aviv, the cross-over from the artistic side of my work to a more generalized engagement with the urban scene of Tel Aviv is epitomized in this Tel-Avivi City Portrait Project. 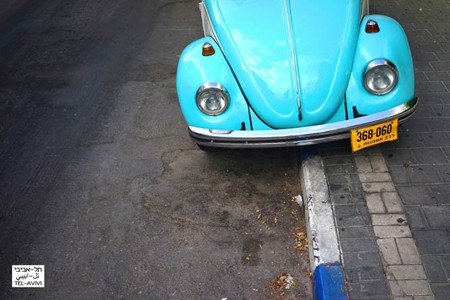 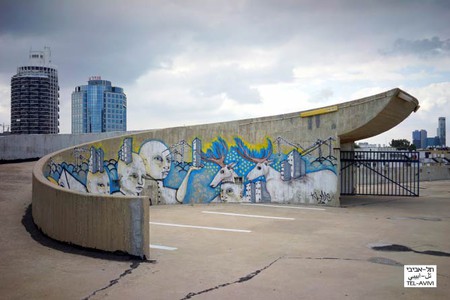 Q.: How do you define the objective of this photography-driven project?

A.: Even though the name of the project is Tel-Avivi, which in Hebrew refers to a person living in Tel-Aviv or anything related to this city, it is about Jaffa and the people living in that part of this metropolis as well. This project is, thus, a city portrait of Tel Aviv-Jaffa as a single city. Capturing the manifold appearances of Tel Aviv’s inhabitants, winding streets, and various locations is another aim of this project. Furthermore, the urban history of Tel Aviv is about the connection between the age-old city of Jaffa and the modern neighborhoods that the new city of Tel Aviv developed from. This is why it is a city of multicultural contrasts and contradictions, since old and new elements have habitually been present in this metropolis side by side. 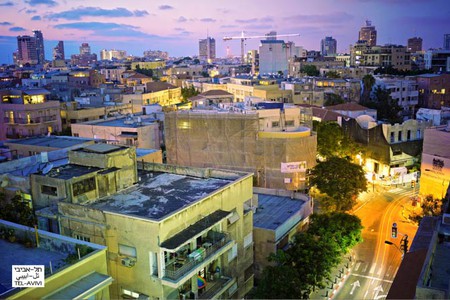 Q.: Is there anything special about this social media-based photography project?

A.: Apart from my individual creative vision, what sets this project apart is its series of images documenting Tel Aviv’s street signs in their urban context. In my opinion, street signs are both a mirror reflecting the history of our society and cultural artifacts in their own right. Besides, the integration of this project with social media, such as Instagram and Facebook, enables a visual and virtual exploration of this city’s landscape as it evolves. 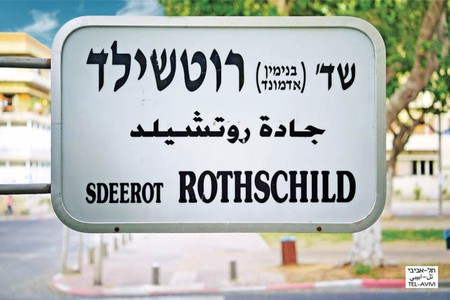 Q.: How does this project relate to your previous art exhibitions and architecture projects?

In a sense this project is about photographically mirroring Tel Aviv-Jaffa, which echoes my solo exhibition on Tel Aviv, London and New York in 2008. Entitled X2, this show of my works comprised photographs whose digital manipulation enhanced the visual depth of their pictorial field. Similarly, my recent architectural project Tel Aviv Ring involves the urban depth of this city, since it explored how its squares and plazas, such as Rabin Square, connect to each other, perform social functions, and relate to adjoining streets. Working on this project alerted me to the difference, uniqueness and history of each square in Tel Aviv.

Q.: What Israeli artists and photographers have given you an inspiration for this project?

A.: I am primarily inspired by the Israeli artist Nachum Gutman, who designed large-scale mosaics that recount the history of Tel Aviv-Jaffa. Under his influence, my intention is to create a modern type of mosaics through the use of digital photography as a means for drawing a city portrait. For instance, I embed my pictures into postcards that enable a glimpse into the contemporary history of the city as a mosaic of visual impressions. My work is also in dialogue with early photographic series relating to Tel Aviv, such as works of the photographers Rudi Weissenstein and Zoltan Kluger that have documented the daily life in Tel Aviv in the 1930s and later decades. It is my borrowing from their artistic legacy that I frequently photograph Tel Aviv from roof-tops, since it allows having a panoramic view of this city that is not accessible from the street level. In fact, photography can be considered as a source of foundational influence on Tel Aviv’s urban identity, since it was Avraham Soskin’s iconic image depicting the lottery of building lots in 1909 that contributed to the creation of the particular representation and the modern style of this metropolis. 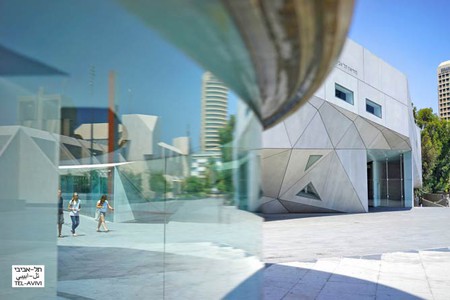 Q.: What are your future plans for this creative project?

A.: I conceive of Tel-Avivi as an initial project in a future series of photographic portraits of other cities, such as Jerusalem, Berlin, and New York, that I will create either independently or in collaboration with other artists around the world. Also, I am working on an application called ‘Urban Mosaics’ that will allow its users to dispatch postcards from their smart phones or tablets. The aim of this app is to encourage the practice of sending regular postcards showcasing the work of local artists. Despite the fact that receiving a postcard can be gratifying, nowadays few people go to the hassle of finding a card, buying the postal stamp and mailing the postcard. These postcards will also have historical information about the city of Tel Aviv. Discovering information on persons, events and locations associated different places in Tel Aviv will reveal not only the superficial, visible aspect of this city, but also the connections its avenues, alleys and boulevards have to local historical figures, artistic personalities, and cultural narratives. This app can work excellently in other cities as well in Israel and around the world. 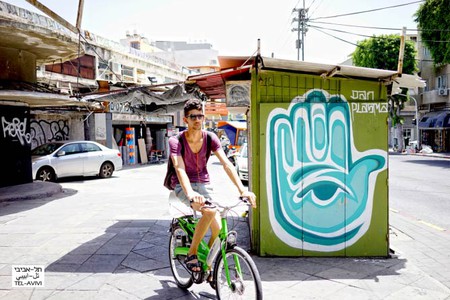 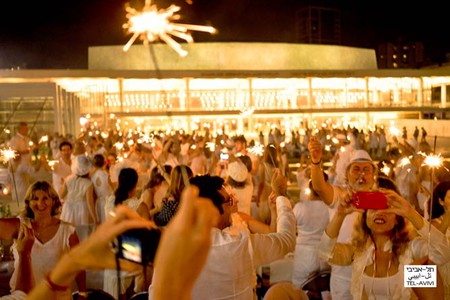 Q.: Which street or intersection in Tel Aviv would you designate as capturing especially well the particular character of this city?

A.: My choice is a downtown area of Tel Aviv at the intersection of Rothschild Boulevard and Herzl Street, where the Ahuzat Bait neighborhood once stood. Historically, it was one of the first Jewish neighborhoods that came out of Jaffa and from which Tel Aviv as a city shortly developed. This dense area combines the oldest part of Tel Aviv, where the first 20th-century architectural landmarks of this city were built, with the new urban landscape. The modern architecture of high-rises serves as a backdrop for what I think is one of the most vibrant parts of the city. This intersection represents a sharp contract between the daily activity of Tel Aviv’s business districts and the after-dark parties that set the beat for the night life of this city.

In addition to his more academic involvements, Pablo Markin is a globe-trotting flâneur with a keen interest in Tel Aviv’s and, more broadly, Israel’s cultural scene and urban spaces. His Instagram impressions, blog articles and exhibition reviews can be followed on Twitter @pbmarkin.