How To Spend 48 Hours in Akko, The Jewel of Israel's North 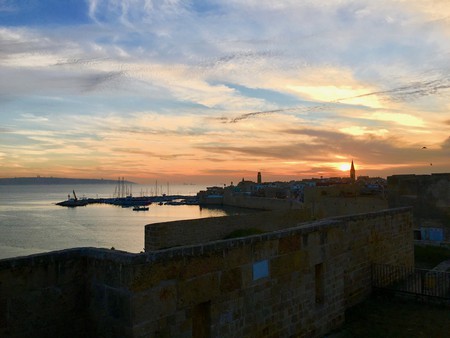 Declared a UNESCO World Heritage site in 2001, its extraordinarily well-preserved Crusader walls surround its vibrant Arab shuk, Turkish hamams and fascinating historical sites that have witnessed Byzantine, Crusader, Islamic and Ottoman rule. Just 90 minutes or so by train from Tel Aviv, Akko makes for an ideal weekend away in Israel.

If you’re in the mood to eat some of the best hummus in the country, then head to Hummus Said, a legendary establishment in the heart of the Old City’s shuk. We advise going there for an early lunch (11.30am) to beat the long lines at peak times and to eat in a slightly less chaotic atmosphere.

For dinner, look no further than Uri Buri, widely considered one of the finest fish restaurants in Israel. Located a stone’s throw from the sea inside an unpretentious Ottoman-era building, it serves fresh fish and creative seafood dishes along with over 100 different kinds of fine Israeli wines. 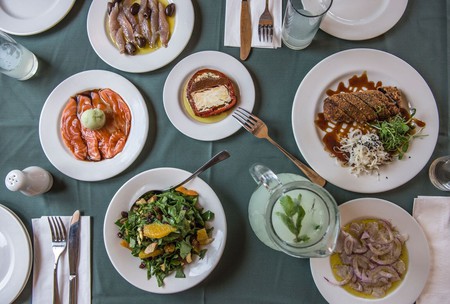 The delicious food of Uri Buri | Courtesy of Sivan Askayo

Once a strategic underground passageway connecting the Templar palace to the port, this extraordinary 350-meter long tunnel was built by the Templars who settled in Akko in 1187. Discovered accidently in 1994, this is one of the city’s prime attractions and is not to be missed.

Located in an original Ottoman building, this beautiful and luxurious spa sits in the heart of ancient Akko. For owner Emil Ghattas, born and bred in Akko, it took six years of hard work to transform this spot into an authentic bathhouse. With two floors that include a steam room, traditional seating area, massage table, dry sauna and jacuzzi, you are sure to leave Ghattas feeling rejuvenated and pampered.

Get lost in the Old City’s main market

Surrounded by the fascinating ancient architecture of the Old City, the main market can be an assault on the senses with its colourful spices and produce, freshly caught fish, scrumptious Arab pastries, and the lingering smell of hookah. No plan or route is needed; simply meander through, explore its charming alleyways, and see where your senses take you!

Built in the latter stages of the 1700s, the Turkish Bazaar was restored in 2011 and is one of the gems of the Old City. There you will find small galleries and shops selling artsy, hand-made souvenirs, coffee shops and great food. According to its website, the bazaar is one of the oldest covered art and dining markets in the world, with over 400,000 visitors a year.

Built by the Ottomans in 1781, this is the largest mosque in Israel outside Jerusalem (and one of the most beautiful), dominating the city’s skyline with its green dome. Dress modestly – shoulders to knees should be covered while women must cover their hair with a shawl, and note that the mosque closes five times a day for prayers.

The Efendi Hotel is no doubt the most beautiful place to stay in Akko’s Old City. Nestled within its picturesque ancient streets, this 12-room boutique hotel overlooks the Crusader Walls and the Mediterranean sea. It consists of two ancient houses that were joined together and meticulously restored.

These houses represent Akko’s rich history and were used as lavish palaces by affluent and powerful Ottomans in the 19th-century. The hotel also boasts a 400-year-old restored Turkish hamam and a spa, perfect for winding down after a long day of exploring in this fascinating city. 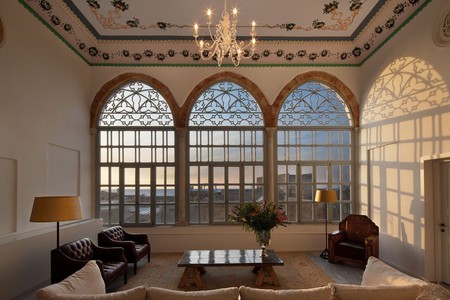