How To Spend a Day in Jerusalem 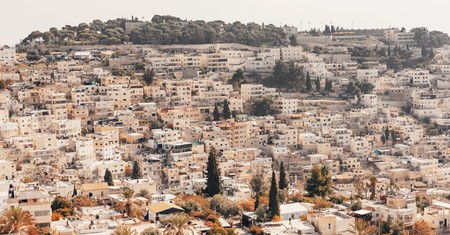 Visit the world’s holiest sites, stroll through bustling markets and sample the perfect Israeli breakfast on your day trip to Jerusalem.

While one day is only enough time to scratch the surface of this enigmatic city, Jerusalem’s relatively small size does allow travellers to pack a lot into just 24 hours. Much like Israel itself, Jerusalem combines intense ancient spirituality with top-notch modern cultural attractions, with many key sites located within walking distance of each other. Jerusalem is one of the few places in the world where you can enjoy the sound of the muezzin (Muslim call to prayer) floating through the open window of an ancient church while enjoying a tour given by a Jewish guide.

Pro tip: Comfortable shoes such as trainers or sturdy walking sandals are a must in Jerusalem, where walking is often the best mode of transport and the optimal way to experience the local culture.

Start your day right with a strong coffee and a classic Israeli breakfast before diving into a tour of the Old City’s awe-inspiring holy sites.

Israelis take breakfast seriously, and the traditional start to the day includes fresh bread, eggs, salads, olives and cheeses, washed down with strong black coffee and freshly squeezed juice. Tachana Rishona (First Station), a repurposed train station, is a great place to get your fix, offering a number of cafés and restaurants where you can fuel up for your big day. From here, walk two kilometres (or jump on a guided Segway tour) to Jerusalem’s Old City, an unmissable spiritual destination. 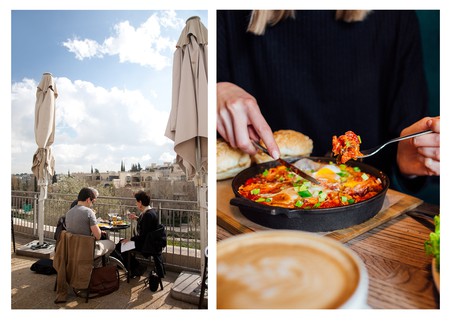 In the Old City, place a note divulging your hopes, dreams or prayers into one of the deep crevices in the Western Wall, a remnant of the Jewish Holy Temple from biblical times; visit the Church of the Holy Sepulchre; and check out the gold-covered Dome of the Rock, part of the Al-Aqsa Mosque complex. Stop in the City of David complex to catch a glimpse of a remarkable archaeological project in which millennia-old artefacts of ancient civilisations are being uncovered. As you leave the Old City, take the stairs up through The Shuk, where colourful shawls, handmade leather sandals, fun tourist T-shirts and a wide variety of religious wares are on display; bargaining is encouraged.

Pro tip: You might want to keep some small change handy in the Old City in case you are approached for charitable donations. 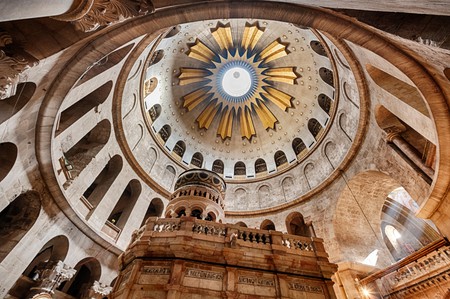 Exit the Old City’s Jaffa Gate and duck into Mamilla, an outdoor shopping complex built out of bricks from the structure’s original facade, which were reassembled stone by stone during renovations. Sandwiched between Mamilla’s upscale stores are some great cafés, such as Roladin, where you can grab a pastry to tide you over as you make your way to Yoel Moshe Solomon Street, a funky alleyway with jewellery stores, art galleries and souvenir stands. Jerusalem’s bustling Ben Yehuda pedestrian mall is just around the corner, and here you can enjoy some of the city’s best street musicians and take a break for lunch. 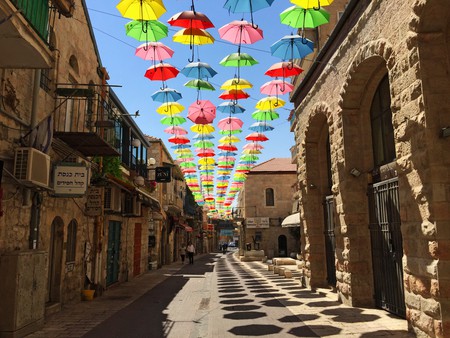 On Ben Yehuda, grab a table outdoors in one of Jerusalem’s best people-watching spots and savour one of the many available culinary options, from Israeli standards like falafel and shawarma to burgers, crêpes and some of the best ice cream you’ll ever taste, at Aldo. The city’s historic Nachlaot area is only a stone’s throw away and provides a fantastic opportunity to see some classic Jerusalem architecture in this quaint enclave.

A trip to Jerusalem would not be complete without a visit to the Israel Museum, a world-class institution that boasts treasures by artists such as Rembrandt, Rubens, Oldenburg, Picasso and Chagall, in addition to a vast collection of antiquities and the Shrine of the Book, which houses the oldest biblical manuscripts in the world: the Dead Sea Scrolls. The museum also contains four fully restored interiors of synagogues from Europe, Asia and the Americas, displaying a wide range of religious architecture and ritual objects. 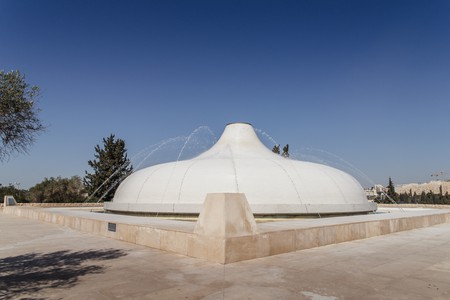 Pro tip: Don’t forget to carry water. Hydrating in Israel is extremely important in all seasons, especially during the summer months when the days can get steamy.

Time to hang up the backpack, change out of those trainers and get dressed for a romantic dinner and a night on the town.

After a long day on your feet, hop on the number 14 bus back to the stylish boutique hotel and spa Villa Ba’Moshava in the Greek Colony, not far from where you started the day at Tachana Rishona. Change into something more appropriate for the cooler evening weather and a dinner at Darna. This dimly lit Moroccan restaurant is situated in a 200-year-old historic building that evokes the romance and mystery of Marrakech. Darna is a one-of-a-kind dining experience and reservations are recommended.

After dinner, grab a cab to Teddy Park for an evening fountain show. Bring a bottle of wine and enjoy the synchronised lights, shooting water and music in a scene where Israelis, Palestinians and foreign tourists enjoy the evening air and free entertainment together. Finish the evening with a midnight snack and a nightcap in The Shuk, an open-air market by day that turns into one of the best nightlife scenes in Jerusalem after dark. 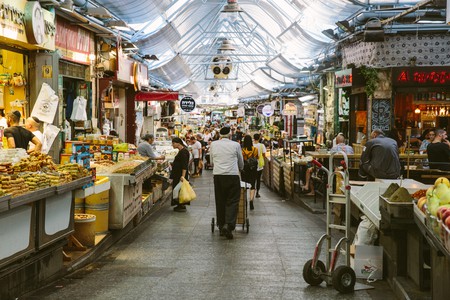 Live music, microbrews, handcrafted cocktails and tasty treats are on hand at The Shuk’s various establishments. Due to the proximity to Bezalel Art School and the Nachlaot neighbourhood, it attracts an eclectic crowd in the evening, with plenty of hipsters, artists and those who are simply young at heart. 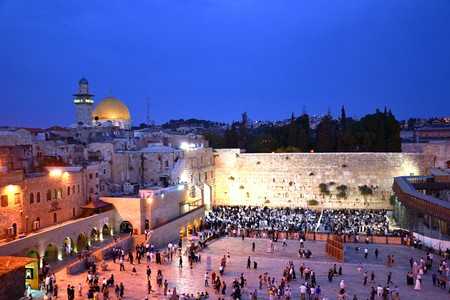