How To Make the Most of Your Day at the Western Wall, Jerusalem 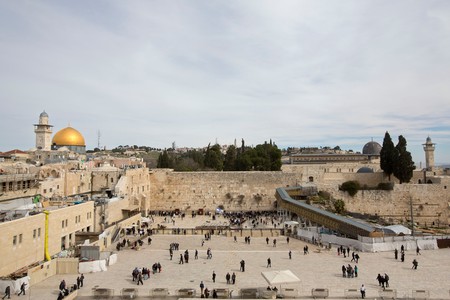 Every year the Western Wall in Jerusalem welcomes tens of thousands of visitors from every corner of the world. Some come simply to pray, while others visit to view the well-preserved splendour, as well as the spectacular sight of hundreds of people dressed in their prayer shawls and reciting their prayers in unison.

Explore Jerusalem on our specially curated seven-day tour of Israel. You’ll visit the Old City with Arab and Jewish locals, enjoy craft beer tasting at Machane Yehuda Market and visit some of the holiest sites in the city.

The Western Wall, also known as the Wailing Wall and Ha Kotel Ha’ Ma’aravi in Hebrew, is in the heart of the Old City of Jerusalem and is regarded as one of the most important religious sites in the world for followers of Judaism.

The Wall is the only remaining section of the limestone wall of the Second Jewish Temple, built by King Herod the Great. It dates to the second century BCE and is one of three supporting walls of the Temple Mount, the ancient site of the First and Second Jewish Temples. A large rectangular platform, the Temple Mount contains the Dome of the Rock, sacred to both Jews and Muslims, the Al-Aqsa Mosque and a number of auxiliary buildings. 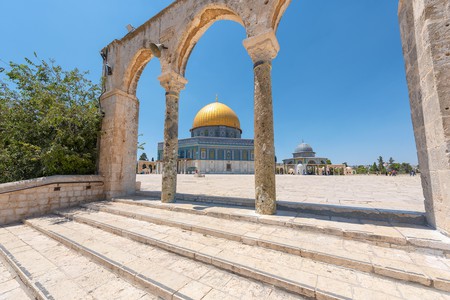 The Dome of the Rock, an Islamic shrine, sits on the Temple Mount in the Old City | © Nick Brundle / Alamy Stock Photo

The Western Wall became a shrine when Jews were forbidden from entering the Temple Mount, and although it has been under Jewish control since 1967, it is the centre of ongoing disputes between Jews and Muslims.

What you should know before visiting the Western Wall

How to get here

The four entrances that lead to the Western Wall are the Jaffa Gate, the New Gate, the Damascus Gate and the Zion Gate. 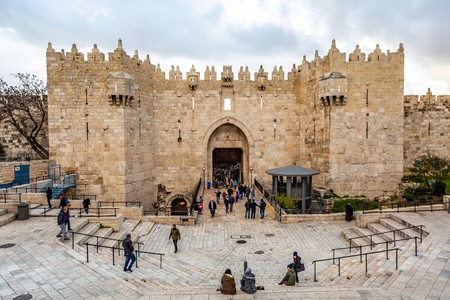 The Zion Gate is closest to the Jewish Quarter and Mount Zion. Those wanting to visit the Armenian and Christian Quarters should enter through the Jaffa Gate, but the New Gate on Jaffa Street will suit visitors to the Christian Quarter best. The Damascus Gate is the closest entrance to the Muslim Quarter. 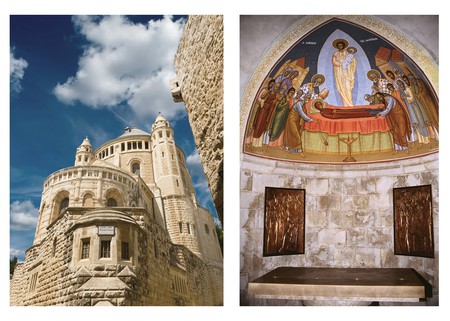 Inside the Old City, you will have to navigate the maze of narrow streets and alleyways, which are filled with gift shops, coffee houses and restaurants. Navigating around the Old City can be a challenge because of poor mobile phone reception, so carrying a good old-fashioned map might be the solution.

Security checks in the Old City

Police presence increases near the Western Wall area and the Muslim Quarter, and visitors have to pass through a security barrier, which is manned by armed Israeli Border Police. Security checks are usually carried out in a matter of seconds and involve metal detectors. Guards might also ask a few questions, which are best answered with straight sentences, preferably in English.

It is also advised to carry some form of photo identification to enter the area.

Men approaching the prayer section are required to keep their head covered, either by wearing a kippa (skull cap) or a simple hat without decorations or a cap. Simple paper skull caps are also available at the entrance to the prayer section.

Women wishing to approach the wall must dress modestly and preferably wear a shirt with sleeves and long skirts or trousers. Bare shoulders, short skirts and shorts are not permitted. Shawls in dark colours and a form of a wraparound skirt are available at the entrance to the prayer section.

There are also strict codes of behaviour during Shabbat and Jewish festivals, including a ban on smoking, eating, writing, taking photographs and using any form of digital equipment, especially smartphones. 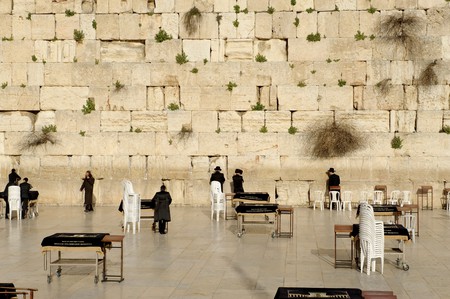 What you will see during your visit

The Western Wall Plaza in front of the wall was created on the site of a 12th-century Moroccan Quarter in the aftermath of the Six-Day War in 1967. It can accommodate more than 60,000 people and is divided into three main parts.

The main section, the farthest away from the wall, is open to the general public. Those who do not wish to take part in the prayers can also approach the wall and leave a written message on a piece of paper – usually a wish or a prayer – in the gaps between the blocks in the wall. 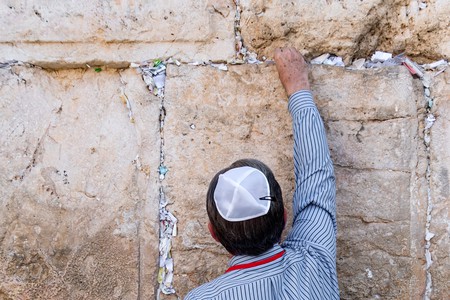 The other two sections, adjacent to the wall, are designated as prayer areas, with the much larger area accessible only to men.

A visit to the tunnels will complete your visit

In addition to the Western Wall Plaza, there are also two exposed sections, which are known as the Southern Section and the Little Western Wall (HaKotel HaKatan), which is in the Muslim Quarter.

The Little Western Wall is 170m (558ft) north of the Prayer Plaza, accessible only through a narrow alleyway close to the Iron Gate in the Muslim Quarter. It is one of the most popular tourist destinations except on Friday evenings (Erev Shabbat) when regular prayer services take place.

The tunnels, accessed through an inconspicuous side door off the plaza, lead visitors to segments of the wall that have remained hidden from view for thousands of years and many archaeological findings, including the human-made aqueduct that flows into the Struthion Pool, an ancient reservoir of water that sits beneath the Convent of the Sisters. 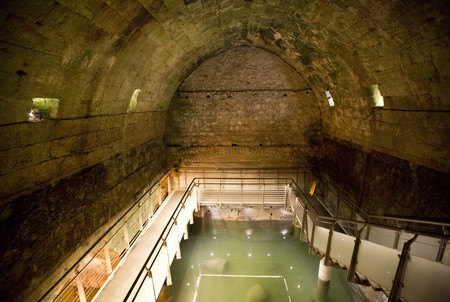 Schedule permitting, the Core excavations are also worth a visit as archaeologists are still discovering a number of sites.

Among the sites are the Ritual-Bath Complex from the period of the Second Temple, the Hasmonean Hall, the Great Bridge Excavations (a bridge that connected the Upper City – today’s Jewish Quarter – and the Temple Mount), and the Beit Strauss Excavations. Guided tours to the tunnels are popular with visitors, and booking early is highly recommended. 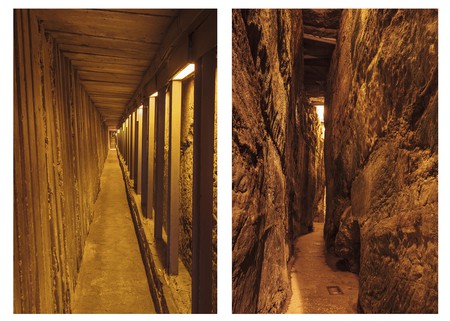