How To Become A Hip-Hop Head In Tel Aviv

You can't sit with us ǀ © Yarden Rokach

When it comes to hip-hop, Israel may not be the first place that comes to mind, but what if Gangsta’s Paradise turned out to be Tel Aviv? As the epicenter of Israel’s growing hip-hop scene, Tel Aviv is home to some of the most up-and-coming artists, venues and parties in the Middle East. Check out our four-step guide to becoming a true Israeli hip-hop head.

You can't sit with us ǀ | © Yarden Rokach

Hip-Hop In The Holy Land

Get acquainted with the Israeli hip-hop scene! Rome wasn’t built in a day, so begin forging your own hip-hop identity by watching VICE’s Hip Hop in the Holy Land. The six-episode documentary introduces viewers to the Israeli and Palestinian hip-hop artists currently making noise in the industry. It captures the essence of hip hop as a street-born culture that reflects the complexity of the Israeli society.

The documentary features Israeli rapper Ben Shakhar, AKA Ben Blackwell, a member of the African Hebrew Israelites. This community of African-Americans who originated in Chicago believe they descend from ancient Israelites who fled to Africa. The documentary also introduces viewers to Tamer Nafer, co-founder of DAM AKA Da Arabian MCs, the first major Palestinian rap band making music about life as part of Israel’s Arab minority.

If you thought hip-hop vinyl was a thing of the past, the music store Auerbach Records will prove you wrong. Whether you want to discover newly imported or old-school hip-hop sounds, Auerbach Records offers an incredibly eclectic selection of hip-hop records.

Explore this music store’s universe, while enjoying a coffee or a beer with a DJ spinning in the background. If you want to keep on with the hip-hop vibe, going next to Kuli Alma is always the right move. 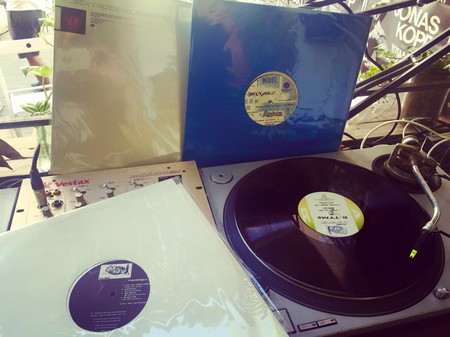 This young DJ is the jewel of the Israeli underground hip-hop scene. Growing up in the ’90s, Yarden Rokach is both an old school hip hop purist and a promoter of newer styles of rap. Her moto: Dance Till You Drop! One Saturday a month, she hosts ‘You Can’t Sit With Us’ at the Radio E.P.G.B, one of the top hip-hop venues in Tel Aviv. Because putting girls in the spotlight is also Yarden’s agenda, she lets everyone know that Girls Just Wanna Have Fun! She treats fans to an unforgettable hip-hop night, spinning artists from Beyonce to Coolio to Drake. So don’t sleep, and make sure to catch Yarden’s next appearance. 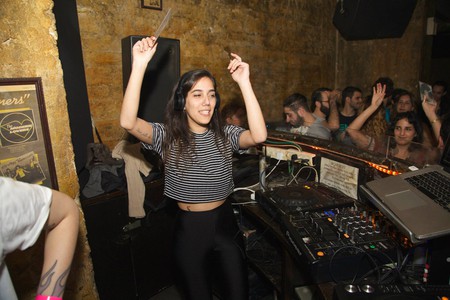 Hip-hop is not only beats and rhymes; dancing is also an integral part of the culture. Get in touch with your inner B-Boy or B-Girl. With three locations throughout Israel, students can try their hand at modern hip-hop, breakdance and LA hip-hop. No need to worry if you’ve never busted a move, classes start from beginners and go up to intermediate advanced.

Get involved! Lucille Crew, an international groove collective, could be described as the successful fusion of hip-hop, funk and soul. Formed in late 2011 as a studio project, they could not stay far from the stage and started performing live for audiences in Tel Aviv. After non-stop touring around Israel and the world, they have finally returned to Tel Aviv to present their last sound ‘What The Hell.’ They will be on stage at the excellent music venue Barby on December 8th. Save the date! 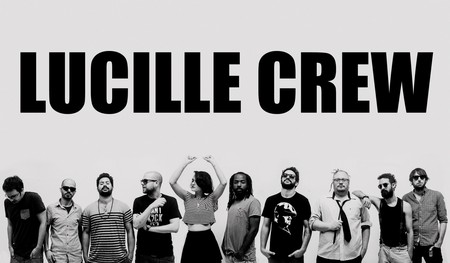