How MTV Sparked a Cultural Revolution in Israel

We sit down with VP Creative for the Viacom Brands in Israel, and Head of MTV Music El’ad Sonego to discuss how the original U.S. version of MTV impacted Israeli culture with its arrival in the 90’s, the success of MTV Israel since its inception in 2011, and what they are doing to adapt to the ever changing world of technology. 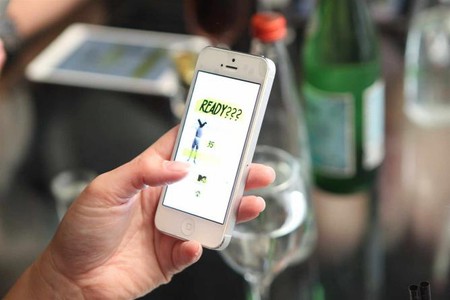 What kind of impact did the original American version of MTV have on Israeli culture upon its arrival in the 90’s?

El’ad: MTV was very big in Israel in the 90’s, it was huge! My generation grew up very isolated, Israel was very isolated. Before cable networks there was only one channel, run by the government, and they didn’t play pop music or rock and roll, it was mostly Israeli folk music that in some way promoted Zionism or the governments political views.

Back then, I didn’t even think about the possibility of doing what I do today, working in the television industry, in the music business, or being an artist. When I was in high school we thought it was impossible to be successful in the music industry as an artist. Now, we see the first generation of Israeli pop artists making it big and becoming superstars.

Before MTV came along, Israelis were very modest, thinking that you shouldn’t aim to be rich, that you shouldn’t be too artistic. We became soldiers at the age of 18, got out of the army, built a home for our family and prepared for the next war and that was that.

So when MTV came along it opened up a window for my generation to truly start dreaming big, we wanted more, we wanted to see the world and to bring the world back to Israel.

How successful has MTV Israel been since its inception in 2011?

El’ad: MTV had a massive cultural impact in the 90’s, back when MTV was strictly music before the long-form reality T.V. series began to dominate, so when we started MTV Israel we wanted to take it back to its roots.

We knew that some people would want to see the long-form shows such as Jackass and Real World but we knew that the Israeli artists that write and sing in English needed a way to get to bigger markets. We felt that we needed to be at this crossroad of bringing international music into Israel and getting the locals exposure outside of Israel.

When we started MTV Israel my superiors wanted us to focus on the long-form reality style T.V. shows, they told me “were not really into the music stuff anymore. I told them that’s fine but that doesn’t mean we have to let go of all the great things you did before. Then YouTube came along and I felt like the network was missing out on all that action and I wanted to do something about it, and claim back the Music. I wanted to use technology for that, so we’ve started working on a 2nd screen app. When I presented the idea to my bosses – they said ‘fine, just get a sponsor and do it!’

The ratings of MTV were doubled and then tripled – that was after launching MTV Israel, instead of MTV Europe. After we’ve launched the Master App – we’ve had a 44% growth of ratings & 80% growth of income from commercial collaborations! The levels of audience engagement went off the charts as well. By focusing on the music we’ve succeed where other MTVs have failed. 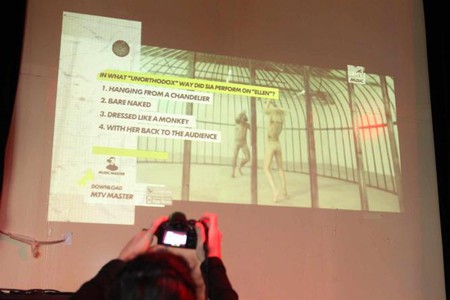 How are you adapting to the ever changing world of media and technology?

El’ad: New technology gets old fast. When you are a big organization you need to constantly be looking one, three, five years ahead to see where technology is going to go and what’s going to happen.

Our new MTV Master Trivia app is one way we are trying to evolve and adapt to the rapidly changing world of technology. Also, since its Israel, we’re the only MTV channel to have NO ad space of commercials. This is why we needed the Master – so we could have some ad space online, where there’s no regulation.

How does the app work?

It works like this: the MTV Master Trivia game is a Multi-Screen Experience – The questions appear on the linear screen, and the viewer’s answer by using their mobile devices. There are only 20 seconds to answer each question. 5 questions per music video. 5 music videos per program.

I think these days people would ask themselves what’s the point of having music on MTV when you have YouTube? The MTV Master app is the answer to that. Sure, anyone can go on YouTube and get exactly what they want, but with the app MTV can package everything, theme everything, and add a little interaction and excitement to the music listening experience in a festive and fun way.

We are looking for new development opportunities for the app, to familiarize other networks and production companies outside of Israel with the app and its amazing influence on the audience when using this app in a show. We are hoping that in the near future other shows will combine within this app including game shows, sports shows, reality and also – live events.

Max graduated from the Florida State University in 2014 earning his undergrad degree in International Relations. He has recently moved to Tel Aviv, Israel to study Hebrew and pursue a career in freelance writing in order to share his passion for culture with the world. Max’s loves to write about music, history, travel and lifestyle.