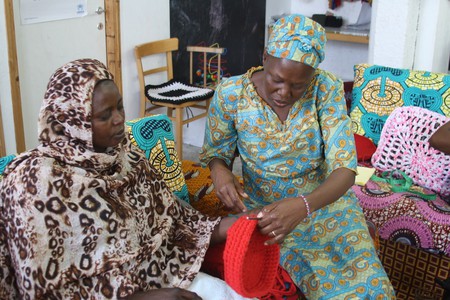 In a gritty neighbourhood in south Tel Aviv, an NGO named Kuchinate is providing hope and empowerment to female African refugees – and helping them cope with trauma – through the art of crochet.

The influx of African asylum seekers into the Jewish State began in 2007, and today they number around 40,000, mostly from Eritrea. Many went through harrowing journeys to reach the country via the Sinai peninsula (a route that is no longer possible, after Israel constructed a fence along its Egyptian border), however, their ordeal has continued since their arrival.

Put simply, they are not welcomed by the Israeli government, and as a result they are politically and economically marginalized with little – if any – rights to health care, housing and other basic services. Eritrean and Sudanese refugees have the right not to be deported (for now) and their children can receive an education until the age of 18, but that’s about it.

In addition to this, they face the risk of incarceration in one of Israel’s two detention facilities for asylum seekers (Holot and Saharonim). Ejigayehu Yarko Balcha (pictured below), a 62 year old refugee from Ethiopia known as “the grandmother” of Kuchinate, spent four years in Ramle Prison in Israel for not having a visa. 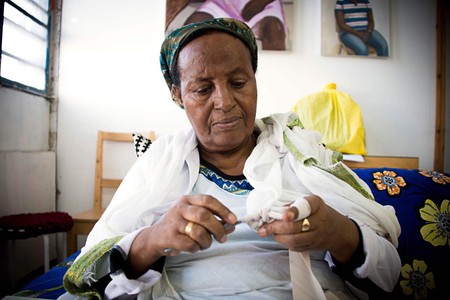 Kuchinate, which numbers around 150 women mainly from Sudan and Eritrea but also Nigeria and Ethiopia, designs and creates colourful crochet products for the home, such as baskets, pouffes, and stools. They also host weekly crochet lessons, authentic meals, and traditional Ethiopian and Eritrean coffee ceremonies.

The commendable work of Kuchinate is providing a face to Israel’s faceless; bringing the most marginalised group in Israeli society into the public eye. Not only do their lessons and meals bring them face-to-face interactions with Israelis, but their products are providing them with a vital economic lifeline. 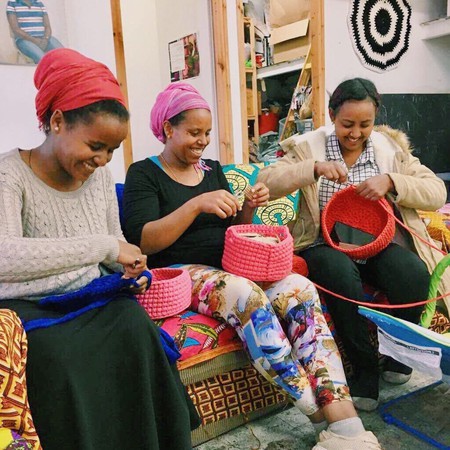 But perhaps most importantly, Kuchinate provides these women with a safe space. They have been through traumatic experiences, including torture and sexual abuse, and many also face domestic violence in Israel, an unfortunately prominent reality among Israel’s African asylum seekers.

At Kuchinate, these women are given a quiet sanctuary, a studio full of vibrant colours where they ply their artistic trade and escape from the gritty, neglected neighbourhoods where they live in south Tel Aviv. The repetitive nature of their handcraft is therapeutic and helps them cope with past traumas and the considerable stresses of daily life. 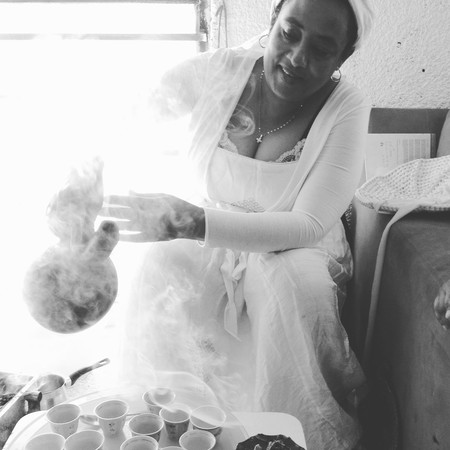 The women offer each other emotional support, share laughs, eat food that reminds them of home (injera with a saucy lentil dish is a staple), and receive one-on-one therapy sessions with the project’s head, Dr. Diddy Mymin Kahn and the co-director, Sister Azizet Kidane, a nun and trained nurse and counselor from Eritrea.

Kahn, originally from South Africa, is a clinical psychologist and trauma specialist in humanitarian aid and intervention with over 22 years of experience. She formed Kuchinate with a deep-rooted desire to “provide psychological, economic and social empowerment to women who were in a desperate state of survival”.

The women of Kuchinate (which means “crochet” in Tigrinya, an Eritrean language) recently collaborated with prominent Israeli artist, Gil Yefman, in a project exhibited at Haifa Museum of Art. Their works centred around their memories from their home countries and their contrasting current identities and complex reality in Israel.

In April 2018, the exhibition will travel to New York to feature in the “VIOLATED! Women in Holocaust and Genocide“ exhibition in collaboration with the Remember the Women Institute at the Ronald Feldman Fine Arts Gallery. 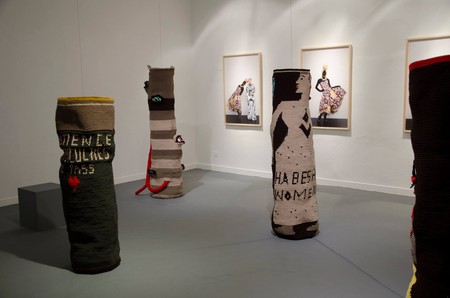 Kuchinate’s exhibition at Haifa Museum of Art | Courtesy of Kuchinate

In addition to this, in December 2017 they are making a politically charged public art installation in south Tel Aviv, covering trees with their colourful crochets, selling Eritrean food and coffee, and protesting the Israeli government’s talks to deport thousands of African asylum seekers. 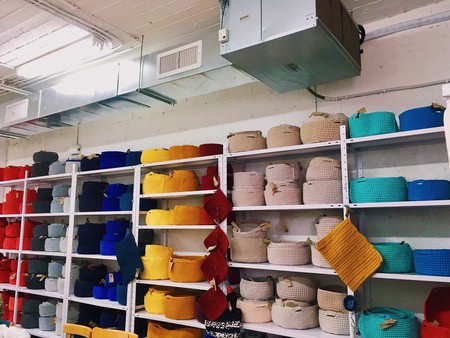 For these women, the future in Israel is highly uncertain, but with Kuchinate providing them a vital base of support, they know that they’re at least not alone.