A Brief History Of Falafel In Israel 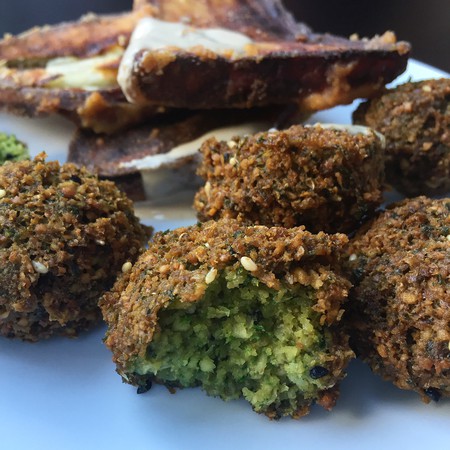 When you think of Israeli food, falafel is definitely what first comes to mind. A delicious deep-fried chickpea ball that is commonly paired with hummus, an Israeli salad and other Middle Eastern treats. But ever wondered where this delicious snack comes from? We have a brief history of your favorite street food for you right here.

You can’t go to Israel and not enjoy a delicious deep-fried ball of chickpeas. But where did this delicious ball of goodness come from? You probably are thinking it must have originated in Israel, but you would be wrong. It’s from Egypt. It all dates back to the Christian Copts of Egypt who were forbidden from eating meat during certain holidays. Accordingly, they came up with an alternative treat they could enjoy, it was called ta’amiya and was made out of fava beans. Jewish pioneers took on these tasty fritters and made their own version with chickpeas. This is what we know today as Israeli falafel. 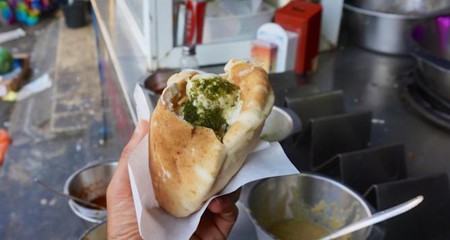 Beginning in the 1950s, falafel was made popular by the Yemeni Jews, as they began serving falafel balls in pita. Because of this easy and fast recipe, falafel became a common street food in the Middle East. Today, falafel is served on almost every other street in Israel; it’s like the American Starbucks for Israeli cuisine. Israeli falafel is typically served in a pita with hummus and tahini dip and salad items of your choice. The filling options range from the classic Israeli salad made up of chopped cucumbers and tomatoes, to carrots, cabbage, fried eggplant and pickled veggies.

If you are looking for falafel to enjoy around Tel Aviv, you have plenty of options. But don’t panic, we have selected a few of our favorites for you to try. Hakosem, located right off of King George Street is known for their crispy, tasty falafel, always served hot and fresh. Don’t be put off by the line of people waiting, it goes quickly, and lining up is worth it for great Israeli falafel.

For a smaller, hidden gem of a falafel stand, Mifgash Osher (the ‘Happiness Joint’) is a bright and friendly spot, owned by childhood friends Bentzi Arbel and Omri Kravitz. They also serve sabich – a pita filled with fried eggplant, a hard-boiled egg, tahini sauce, and a mango chutney called amba. Also try their signature ‘friends dish’ – a pita sandwich of salad, chickpeas, eggplant, and pickles. 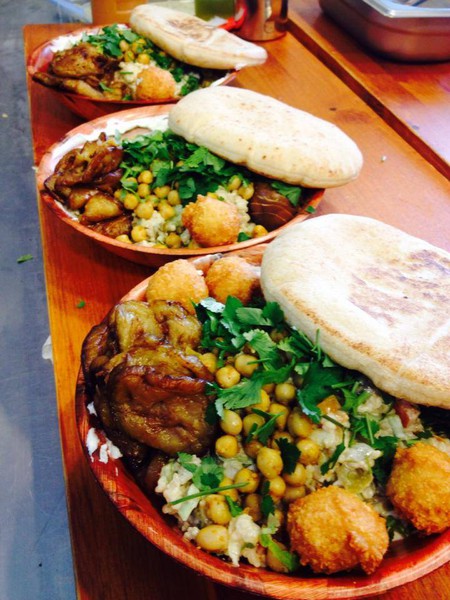 Falafel is the most popular fast food in Tel Aviv, but that doesn’t mean it is always unhealthy. Hippo Falafel‘s fare is organic and gluten-free; perfect for vegetarians, vegans or healthy foodies. And these aren’t the only places in Tel Aviv for awesome falafel. Just walk down the streets and you will stumble upon some of the best falafel you will ever eat. 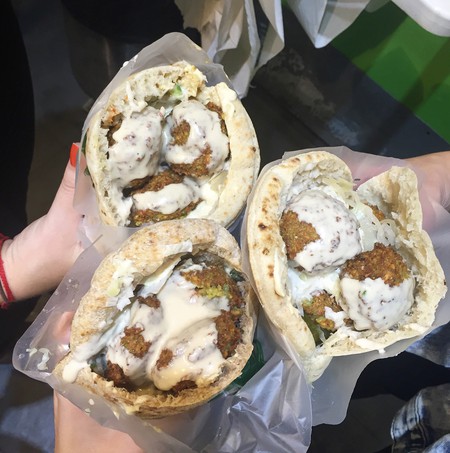 Hippo Falafel | Courtesy of Andie Himmelrich
Give us feedback