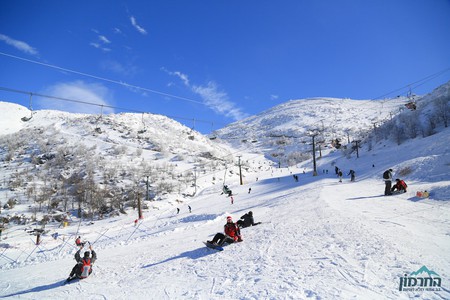 When we think of Israel, we picture sunny beaches, palm trees and deserts, so the fact it has a ski resort may come as a surprise. Located on Mount Hermon in the far north of the country, bordering Syria, this is probably the most unique and precariously positioned ski resort in the world.

Open for up to 50 days of skiing and snowboarding a year, the Mount Hermon Ski Resort offers picturesque views over the Golan Heights, Syria, Lebanon, the Galilee and the Hula Valley.

Around 300,000 people (predominantly Israelis) take advantage of the snow-covered slopes and spectacular views every winter, usually between January and March. Just three and a half hours by car from the beaches of Tel Aviv, the resort makes for an easy weekend away and reflects the incredible diversity of Israel’s landscape. 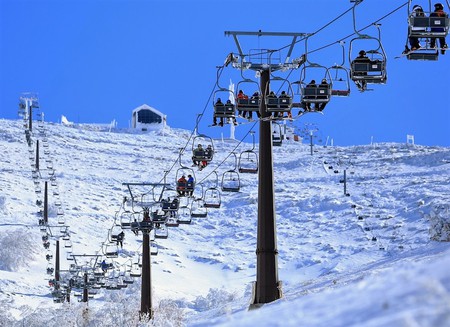 Visitors are a microcosm of Israeli society: Mount Hermon is enjoyed by Jews and Arabs, religious and secular, and many of its staff are from Israel’s Druze community, an enigmatic Arab minority with Shi’ite Islamic roots who are loyal to the Jewish State.

The resort offers 14 ski runs, with slopes ranging from green to black, in addition to five chairlifts. Equipment and lessons are also available for hire. For those looking to stay for the weekend in a bed and breakfast (known as zimmers in Israel), there are plenty of charming options nearby that are listed on the ski resort’s website.

When the snow melts, an array of fun alternatives are available, with the resort remaining open all year round. Indeed, during summer, spring and autumn, activities include off-road karting, mountain biking and kayaking. Another super fun activity is riding on their alpine mountain coaster, which is akin to bobsled on a track.

The resort also offers free tours during the summer, in which you’ll be taken along stunning nature trails and see spectacular views of the Hermon.

However, this is not your ordinary ski resort. The Golan Heights region that it sits in was captured by Israel during the Six Day War of 1967 and has remained in its control ever since. Development in the Mount Hermon area, which was initiated by the Jewish Agency, the Moshav movement and Moshav Neve Ativ, began in 1971 with the construction of the first cable car site. 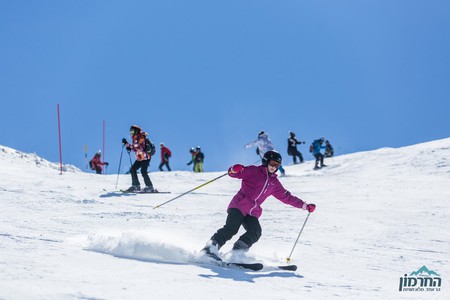 Today, the mountain serves as an important strategic area with valuable vantage points and physical buffers from hostile neighbours.

Indeed, Syria’s capital, Damascus, is just 40 kilometres (25 miles) away and is visible when the skies are clear. Officially, the two countries are at war with each other and the mountain is constantly patrolled by the Israel Defence Forces Alpine unit, who agilely ski around equipped with rifles around their neck.

Large signs warning of landmines discourage adventurous skiers and snowboarders from going off-piste and serve as a reminder that this area was once a war site. Vast Israeli military bases are identifiable in the distance by their antennas. Clearly, this is not Val-d’Isère.

However, this should not take away from this ski resort’s charm; it offers everything you need for a weekend of fun in the snow. Its breathtaking views, charming zimmers and sprawling slopes – combined with the novelty of skiing in Israel – makes Mount Hermon a must-visit attraction during winter in Israel.