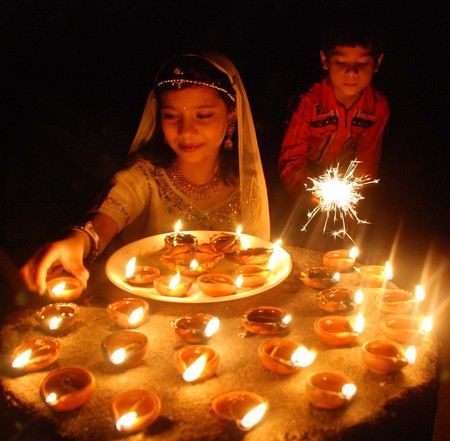 Lighting up houses with bright candles, chanting songs of victory and peace, distributing sweets and gifts and wishing each other well-being and prosperity, this is how Hannukah is celebrated, also known as the Festival of Lights. Surprisingly, this festival significantly resembles the iconic Hindu Diwali.

Candles and Diyas symbolic of Festival of Light | © abhinabahtt and chosenpeople.com

Diwali is another festival of lights observed for five days in India by Hindus. There are many similarities between the two. The Jewish festival of lights, Hanukkah, is celebrated for eight consecutive nights sometime between late November and late December – determined by the Hebrew calendar – in Israel and by Jewish people all over the world. Hanukkah could be called the ‘Jewish Diwali,’ celebrated to commemorate the victory of good over evil since ancient times.

In India, the festival of lights, Diwali, usually falls in October and November – determined by the Hindu calendar – and is celebrated by the lighting of Diyas (lamps/candles) in and around the house and windows, wearing new clothes, preparing special dishes and sweets, opening festive crackers, and giving or receiving surprise gifts from relatives and friends.

In the same way, Hanukkah is celebrated with the lighting of candles on the menorah (a candelabrum with nine branches) followed by the chanting of songs and the distribution of presents. 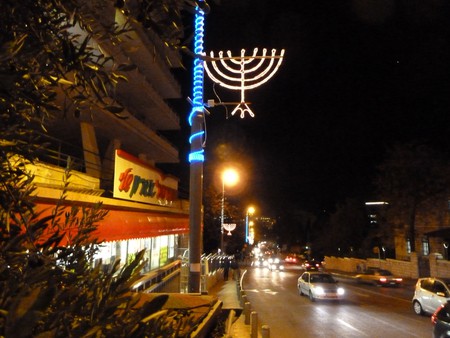 Both festivals owe ancient importance, in their respective religion, to instances of war and victory, of good over evil. As per Hindu mythology, Diwali is celebrated in the name of Lord Rama (Hindu God) of Ayodhya, after his victory over the evil Ravana, when the people of Ayodhya lit lamps to celebrate his return and illuminated the whole city.

The story of Hannukah is the remembrance of the Jewish victory of over the Syrian-Greek Army and reclaiming of the Jewish Holy Temple in Jerusalem over 2,100 years ago. You can visit the sites from the story still today. 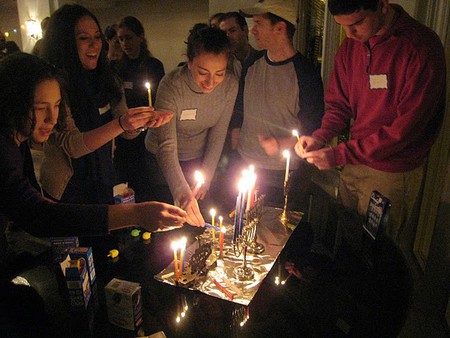 The story is that the army struck the Holy Temple in Jerusalem, leaving them with only enough oil to light one day, but that it stayed lit for eight consecutive days and nights, once they had won the war. This is why the Jewish people light the menorah using a single candle (the shamash) and commemorate Hanukkah to the mark the miracle that the oil lasted, by lighting candles from right to left each day from one to eight. They also eat deep-fried traditional dishes to symbolize this.

Diwali and Hanukkah, celebrated throughout the world, are the reflection of victory of light over darkness, knowledge over ignorance, good over evil, and hope over despair.