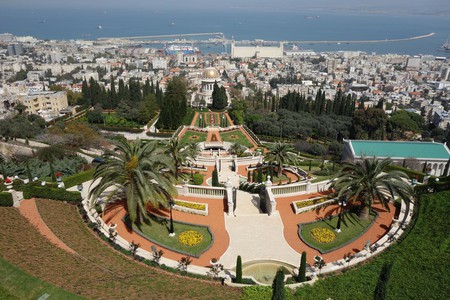 The north of Israel has a vibrant art scene that can rival the cultural hub of Tel Aviv. The Haifa region is home to artist colonies, independent galleries, and specialized museums, pushing the boundaries of contemporary art with innovative and dynamic programs. We profile the ten must-visit exhibition spaces in and around Haifa. 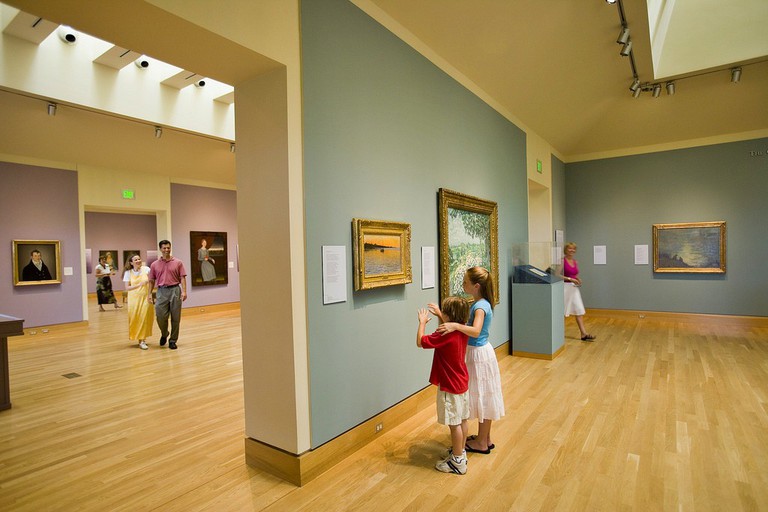 Art Gallery | Mystic Country CT
The Castra Art and Cultural Center, named after an ancient settlement nearby, is a unique initiative that combines retail and art to create a commercial shopping center. In addition to an archaeological museum and various restaurants, the center has both an artisans’ district and rows of contemporary galleries where local artists display their work, which is available for purchase. The building itself was designed by Austrian artist and designer Arik Brauer. 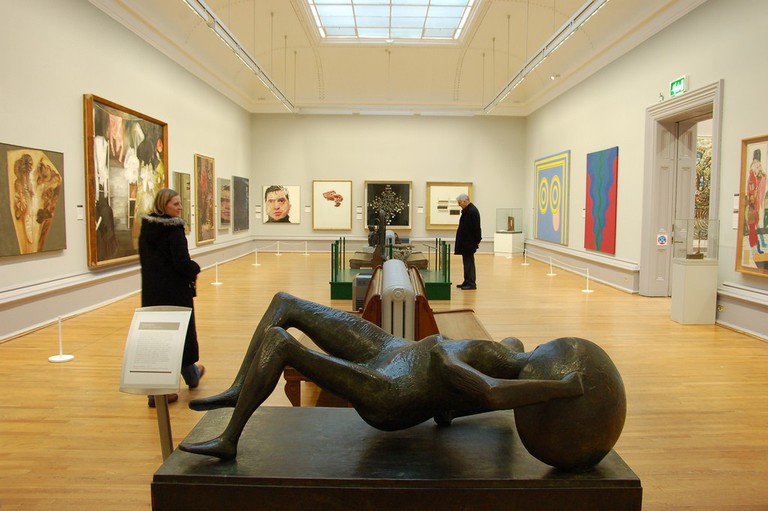 Art Gallery | Paul Stevenson
This humble art venue was set up in 1954 by a group of artists constituting the northern branch of the Israel Painters and Sculptors Association, and named in tribute to the Jewish European Modernist, Marc Chagall. For 60 years the Artists’ House has been putting on public exhibitions showcasing work by individual Israeli artists, or collections of work by groups of contemporary artists based in Israel. The exhibition space is small and traditional, well-suited to the quaint German Colony neighborhood, also used as an independent cultural center for artist lectures, intellectual discussions, and chamber concerts.

In 1951, the Haifa Museum of Art was inaugurated with an exhibition of Marc Chagall’s work. The museum has since become one of the three leading art museums in Israel, with a particular emphasis on the development and diversification of contemporary art. Constructed in 1930 as a high school, the building houses ten galleries displaying temporary shows, alongside a permanent collection with works by Menachem Shemi, Michael Gross, Moshe Kupferman and Pinhas Cohen Gan. The museum also owns work by international artists Max Lieberman, Diego Rivera, and Hana Orloff; and a key highlight is the Personal Choices series, curated in turn by prominent Israeli cultural figures, who accompany their selection with an essay explaining their choice. 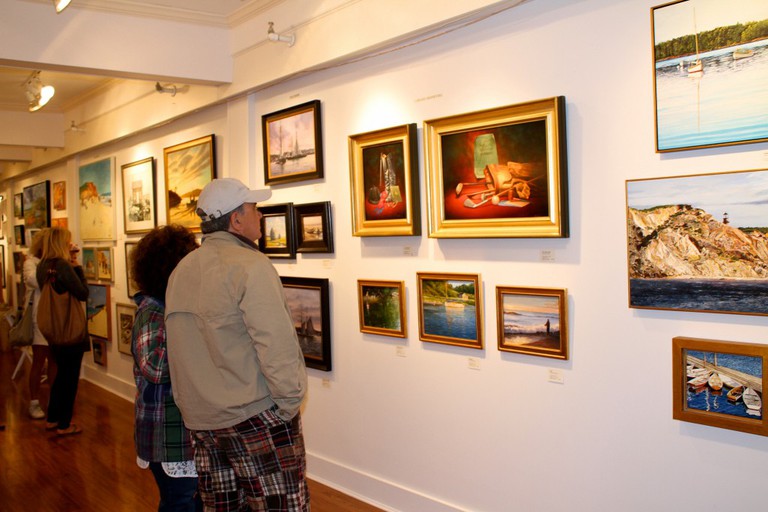 Art Gallery | Massachusetts Office of Travel & Tourism
Overlooking Haifa Bay, the Mané Katz Museum is a specialized center for art history, focusing on the Ecolé de Paris movement that defied geographical, social and artistic constraints to produce an eclectic mix of post-Impressionist works. The museum was established in the former residence of Mané Katz of the “Jewish School of Paris,” who claimed his spiritual home in the north of Israel and left his estate to the city of Haifa. His paintings are a unique brand of traditional Jewish themes in a European aesthetic. The renovated museum exhibits oil paintings by Mané Katz, a signed portrait of Mané Katz by Pablo Picasso, and curated shows.

On top of the Carmel Mountain sits the Tikotin Museum of Japanese Art: an entirely unique institution in the Middle East. The museum was founded in 1959 by Jewish collector Felix Tikotin with the then-Mayor of Haifa, Abba Khoushy, who was also instrumental in the establishment of many other cultural institutions. With a history as tumultuous as its background, the museum holds around 7,000 pieces of Japanese arts and crafts, including prints, painted screens, miniature carvings, and antique illustrated texts. The museum is comprehensively dedicated to Japanese culture, with the aesthetic of the gallery space carefully selected to reflect the values of both traditional and modern Japanese culture. The collection predominantly features art from the 17th century up to modern Japanese art, and continues to increase through the donations of various collectors around the world.

Hecht Museum at the University of Haifa 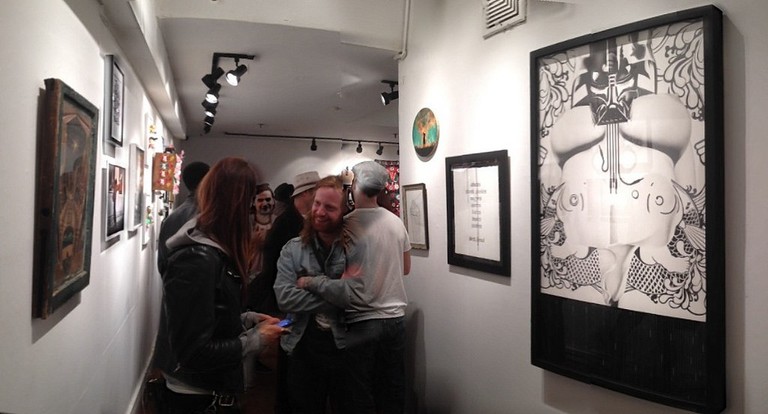 Art Gallery | ©stefhuddo
The Hecht Museum at the University of Haifa contains a fascinating collection of ancient art and artifacts from the Biblical period alongside collection of Impressionist works from the School of Paris. Exhibitions showcase works by Manet, Monet, Pissaro, Van Gogh, Modigliani, and Soutine, in addition to the Oscar Ghez Collection of works by Jewish artists who perished in the Holocaust. The museum itself is a bright, modern space with glass and wood features. Featuring archaeological discoveries recovered and analyzed by researchers at the University of Haifa, the Hecht Museum is a must-visit. 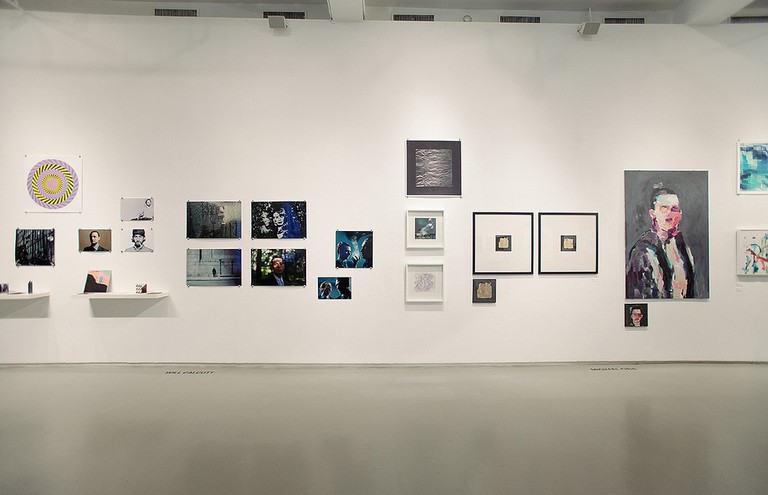 Gallery | ©Incase
Based in the Jewish Arab Cultural Center, the Beit Hagefen Gallery is one of many cross-cultural projects, including a library, the Al-Karma theatre, and an educational visitors center, all promoting education, dialogue, cultural expression, and celebration of Israeli heritage. The gallery encourages collaborations between artists of different backgrounds, and facilitates a discourse of prevalet socio-political issues. 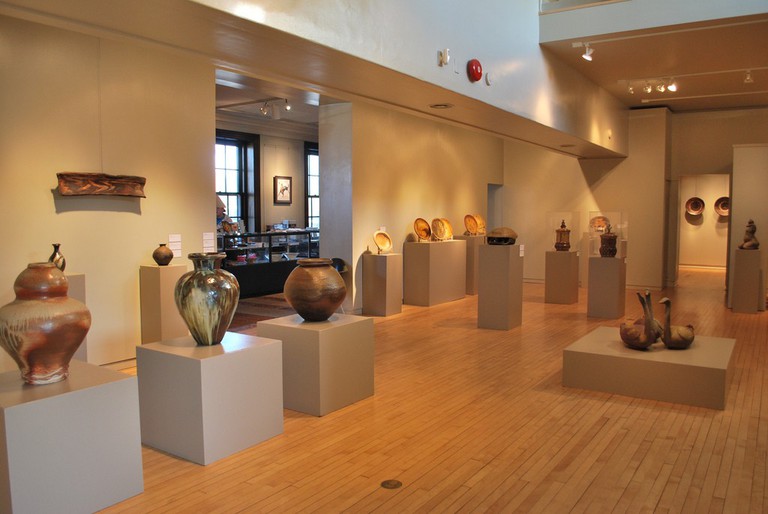 Art Museum & Gallery | ©Fargo-Moorhead CVB
Adjacent to the Struk memorial garden, the Hermann Struk Museum pays further homage to a giant of 20th century print art, who left behind a cultural legacy both in Haifa and Germany. The museum highlights the personal and professional life of Hemann Struk in the setting of his former home, designed by eminent architect Alexander Baerwald. Struk is celebrated both for his reputable portraits of well-known figures, such as Nietzsche, Freud, Einstein, Herzl and Oscar Wilde, and for his nurturing and mentorship of other emerging artists, including Lovis Corinth, Lesser Ury and Max Liebermann, despite being prohibited from teaching in Germany once Hitler rose to power. Exhibitions at the museum converge on modernist themes, introducing the public to Struk’s lifework, in addition to contemporary print art in Israel. 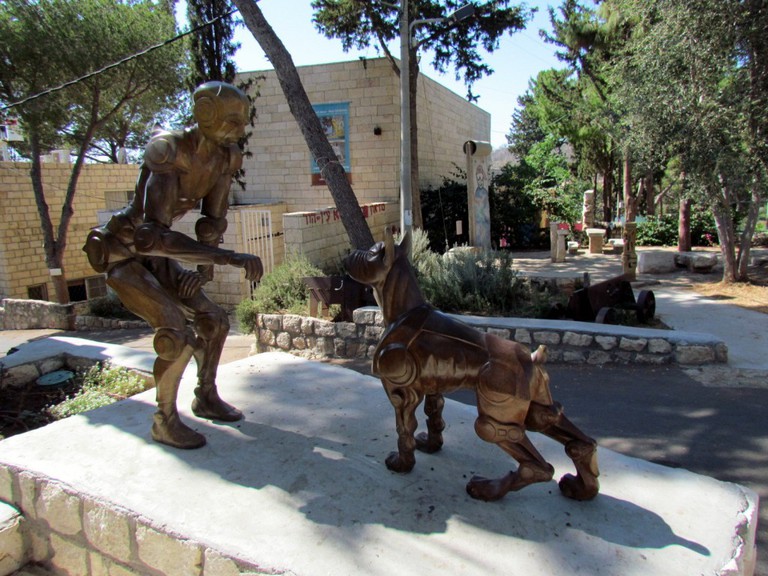 Ein Hod, Israel | David Berkowitz
Although the Janco Dada Museum is not in Haifa proper, it is a destination not to be missed by art enthusiasts. It lies just 20 kilometres south of Haifa in the charming Ein Hod artists village. Upon arrival, visitors are welcomed by gorgeous scenes of the valley and enchanting small art installations, scattered around stones houses and art galleries. The Janco Dada Museum was founded here in 1983 by followers of Marcel Janco – the radical Romanian Jewish artist who established the avant-garde Dada movement with his contemporaries, and challenged the values of an indulgent bourgeois art scene. The museum contains a permanent exhibition of Janco’s work, a gallery for emerging artists and special exhibits, a gallery of contemporary art, some video art, as wellas a venue for provocative performance art that originated with the confrontational approach of the Dada movement in Zurich. 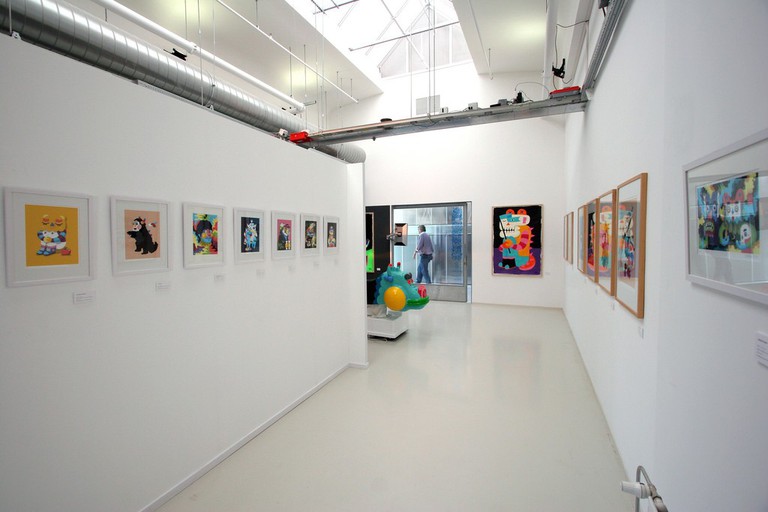 Art Gallery | ©Trapped in Suburbia
On Kibbutz Hazore’a, a 1930s socialist endeavour, the Wilfrid Israel Museum of Asian Art and Studies is a most unusual institution. The collection of Near- and Far-Eastern art was donated to the Kibbutz by Wilfrid Israel, a businessman, Asian art collector, and a committed pacifist who rescued many Jewish children from Nazi persecution, and was killed when his plane was shot down by German fighters in 1943. The museum was founded in 1951 as the very first centre to exhibit East Asian art, and has continued to expand its collection ever since. The exhibits take a humanistic and multicultural approach, drawing inspiration from Wilfrid Israel’s life. Contemporary Israeli and Asian artists are also displayed alongside each other, in temporary exhibitions displaying contemporary takes on Japanese Raku techniques, and Jonathan Goldman’s ethereal L.A.N.D. series.
Give us feedback