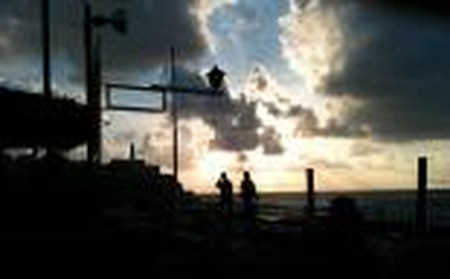 Israel is home to a number of ancient cities. Jaffa is often overlooked and wrongly taken as an addendum to Tel Aviv, but it’s much more than that. Walking through the small alleyways of old Jaffa offers a sense of history, and allows visitors to muse over the city’s (often violent) past. 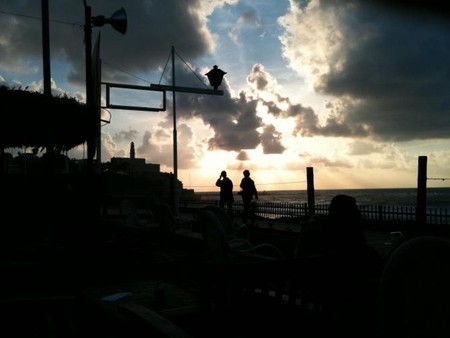 Discussions abound on whether Jaffa was named after Noah’s son, Yaphet (who supposedly built Jaffa after The Big Flood), or whether the name is derived from the Hebrew yaffeh meaning beauty. Archaeological digs and ancient papyrus documents reveal that Jaffa existed as a seaport more than 4,000 years ago, and as such is said to be the world’s oldest harbor in continual use. Cedars from Lebanon to build King Solomon’s Temple in Jerusalem came in through Jaffa; Greek legend mentions a ravishing Andromeda, chained to the breakwaters of Jaffa’s port; and it was in Jaffa that Apostle Peter performed a miracle.

Because only small ships could enter through the port’s narrow entrance, Jaffa ceased to function as a trading harbor over time. Today it’s aport for local fishing boats and small yachts. Still, it’s easy to imagine the old days with traders arrived by sea, transferred their goods to camel caravans, destination Cairo, Jerusalem, Damascus, Sana’a, Baghdad and beyond. 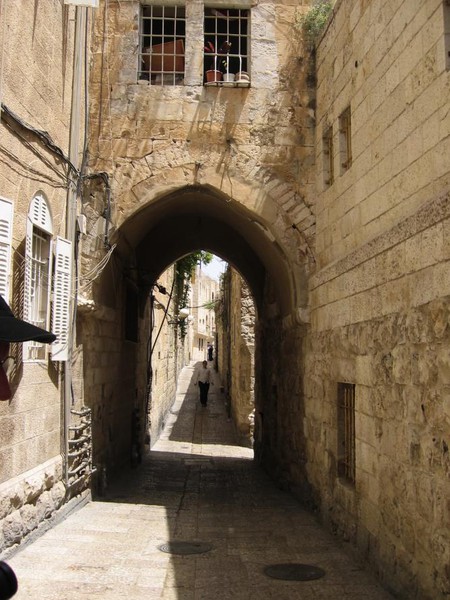 Jaffa is a small town where antiquity and modernity intertwine, with an amalgamation of lifestyles and religions. It is a place where Jews, Muslims and Christians live and work together, intertwined with the odd Buddhist or Hindu Jewish youngsters who have just returned from a post-army trip to Asia.

Visitors to Jaffa can walk the small alleys in restored old Jaffa, where so many walked before: Egyptians from Pharaoh-times, Phoenicians, Greeks, Romans, Persians, Crusaders, Turkish Sultans, Napoleon, and General Allenby, whose capture of Jaffa marked the start of the British Mandate of Palestine. Sadly, not much was left of Jaffa during the last centuries of Ottoman rule. The British occupied merely ruins.

After Israel’s independence in 1948, Jaffa twinned with Tel Aviv. For 20 years, it was home to impoverished Arabs and Jewish immigrants from Arab countries. Then, in 1968 the decision to rebuild Jaffa came. Old buildings, structures and alleys were restored. Parks and gardens were created. The beach was beautified. Over the years, it became filled with artist quarters, studios and art galleries. Shops with archaeological finds, Judaica and jewelry now line its narrow alleys, which are named after Zodiac signs. Young professionals moved into modernized apartments in ancient buildings. The old harbor was restored. Restaurants of all kinds emerged. The old railway station bordering Tel Aviv was renovated and taken up by restaurants, shops and other attractions.

Today, Israelis and tourists alike enjoy Jaffa by people-watching at the Libyan Synagogue, listening to the bells of St. Peter’s Church, hearing call to prayer by the muezzin of the Mahmmudiyeh Mosque, sitting in Slope Park, gazing across Jaffa’s ancient port and its rocky entrance, and more. 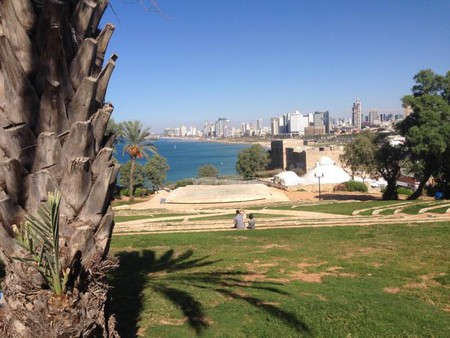 Visiting Jaffa without eating something would be a mistake, as Jaffa is home to a number of unique restaurants and food stands. Here are three restaurants serving a few of Israel’s traditional and not-to-be-missed specialties.

Abu Hassan is said to serve the best hummus in Israel. It is a tiny place with simple kitchen tables and scarce chairs, where reservations are unheard of. Long lines prove that something special is served here.

Another popular dish in Israel, kanafeh, should be enjoyed at Knaffe Noga. This sweet cheese pastry is typically enjoyed for dessert.