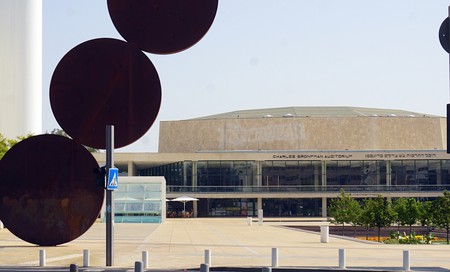 Habima Square is a popular public space located right in the center of Tel Aviv, at the intersection of two of the city’s busiest and most popular streets – Dizengoff Street and Rothschild Boulevard. Given its central location, visitors always have plenty of choices for great eateries and entertainment within walking distance.

The square serves as a cultural oasis away from the busy chaos of commercial streets surrounding the square and is a popular meeting spot for both tourists and locals. The sunken garden in the center attracts all kinds of people, and you will often find people lounging and reading books, young families spending time together, and kids playing in the sand. It’s the perfect spot to engage in some people-watching, or to enjoy the buskers that come to perform for the public. The name ‘Ha Bima’ literally means ‘the stage’ in Hebrew. This refers to the performances in the adjacent theater and auditorium, but it also acknowledges the public life that is on such vibrant display in the square itself and in the surrounding streets. 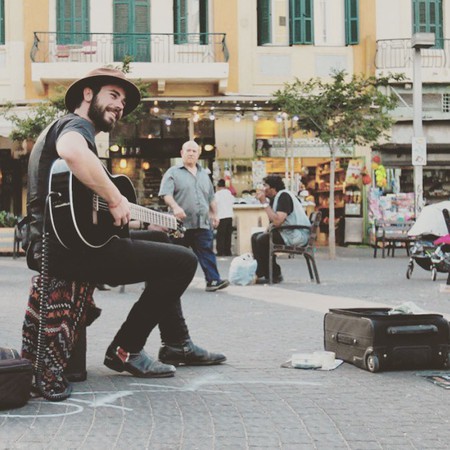 During the daytime, the color palette can seem somewhat non-descript, but the minimalistic design of Habima Square serves to focus attention on the revamped Habima Theatre and the Mann Auditorium, which were renovated as part of Tel Aviv’s centennial celebrations. The space definitely gets cozier in the evening, as the garden lights up. The view of the brightly lit interior of the theater also adds a serious touch of dramatic flair once the sun sets.

The design is also intended to reflect the history and character of the location. The gardens feature local vegetation, such as cacti, lavender and almond trees, paying homage to the gardens located on the site before it was renovated. Take some time to explore the various aspects of the square, from the more intimate corners of the garden to the water basin and the impressive surrounding architecture, housing some of the city’s most important cultural institutions. 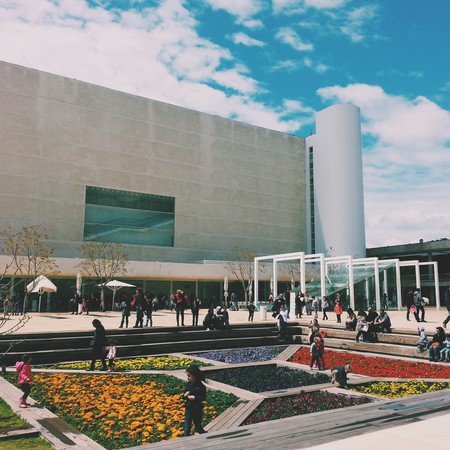 A great way to start exploring the neighbourhood is by crossing Ben Zion to the south of the square and stopping for a delicious cappuccino and maybe a sandwich at the favorite local stand Café Habima, also known as We Like You Too. Have a seat, relax, and you’ll gradually blend in with the hipsters and young families strolling this cozy tree-lined street. 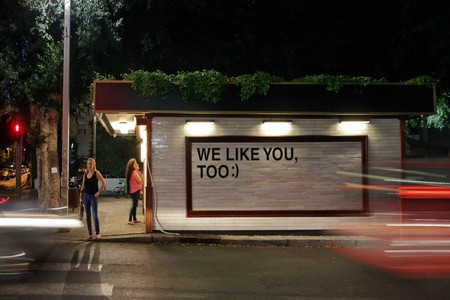 Keep going east on Ben Zion boulevard until you come to King George Street, where you can immerse yourself in the lively and colorful street scene. You will find a plenitude of funky cafes and shops just down the street from the Dizengoff Center. The side-walks can get crowded and somewhat raucous, but don’t be intimidated! It’s all part of the experience. 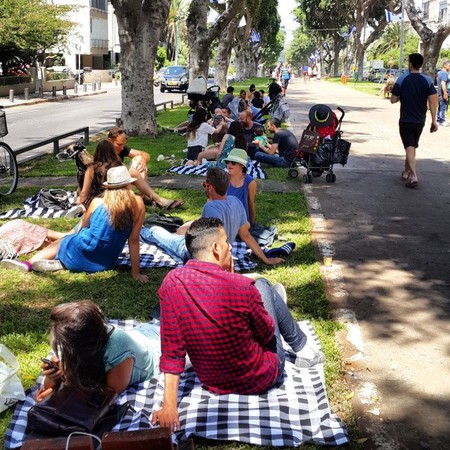 People-watching on the boulevard | Courtesy of Cafe Habim

If you’re in the mood for a more sophisticated vibe, then you can walk a block west from We Like You Too to the palm tree-lined Rothschild Boulevard with its benches, bike lanes and mini- playgrounds. Take in the impressive architecture and savor the local flavor – charming boutique hotels, gourmet eateries and coffee shops. If it’s dinner time, you will have a hard time choosing from among the top-end choices such as Café Noir or Taizu in the walkable vicinity. 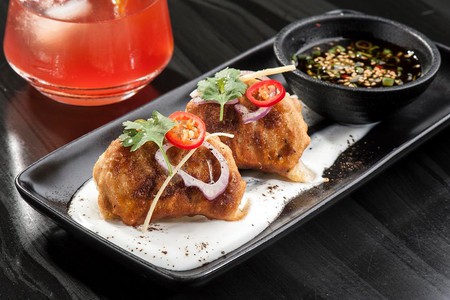