Everything You Need to Know About Purim 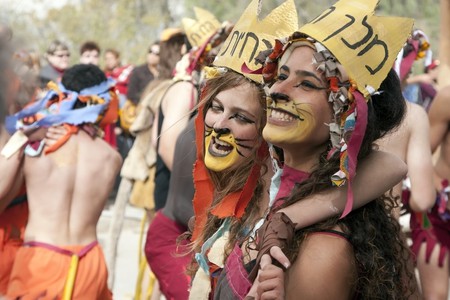 Purim is a celebration of the salvation of the Jewish people in ancient Persia from the Haman’s plot to annihilate them, which is recorded in the Megillah (Book of Esther). It is a holiday celebrated by Jews, secular and religious, all over the world, and is arguably the most joyous, carnival-like holiday in the Jewish calendar.

Purim is best known for its fancy dress, feasting, and partying—especially in Israel, where club nights, street parties, concerts, and other festivities take place throughout the country. Taking place this year evening of March 9 until the evening of March 10, here’s what you should know about this lively Jewish festival. 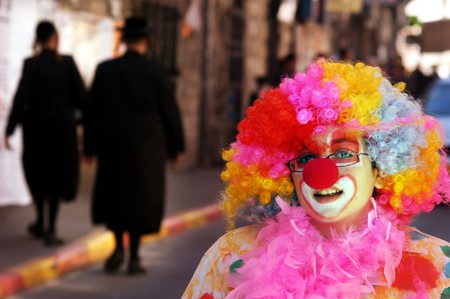 Hamantaschen (Oznay Haman in Hebrew, literally meaning “Haman’s ears”), is the food traditionally eaten on this holiday. These triangular pastries are typically filled with poppy seeds, however, today it is possible to find myriad variations, both sweet and savory. 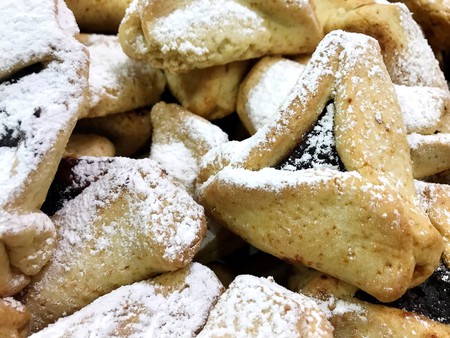 The eve of Purim traditionally involves fasting to commemorate the heroism of Esther, the Jewish queen who saved her people. This is followed by Purim Seudah, a festive meal full of food and alcohol. The main observance is reading the Megillah, and it is considered a mitzvah to give parcels of food to at least two people in addition to some form of charity to at least two poor people.

A quirky Purim tradition is making a racket during prayers in synagogue. During the recital of the story of Esther, every mention of the Haman’s name is greeted by loud booing, stamping, and hissing. The atmosphere is more football match than synagogue service! 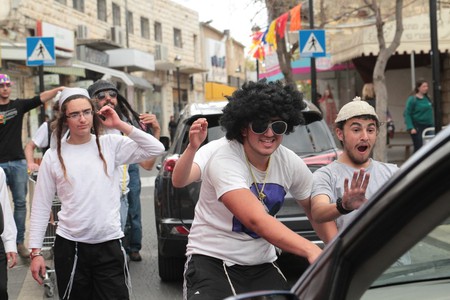 Where to celebrate Purim in Israel

Purim celebrations and street carnivals will be taking place throughout Israel, but the best places to be are Jerusalem and Tel Aviv. In the latter, a rave will be taking place on Friday, March 2 in Kikar HaMedina (“The State Square”)—which was attended by over 100,000 people last year—and a carnival-like street party will take over the Yemenite Quarter (kerem hateimanim) on evening of March 9 until the early hours. Expect a carnival atmosphere, inventive and provocative costumes, and plenty of booze. Aside from that, pretty much every bar and club will be throwing a Purim party, so you’ll be well and truly spoilt for choice.

There’s plenty going on in Jerusalem, too: head to Mahane Yehuda market at night, where the bars will be packed and the atmosphere rocking. It is also worth just wondering around the streets of the Old City and observing the drunken antics and costumes of religious Jews (the ultra-Orthodox Jewish neighborhood, Mea Shearim, will be a particularly interesting area!). 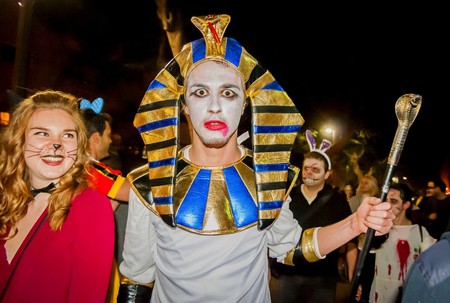 Purim celebrations in Tel Aviv, 2017 | © Roman Yanushevsky/Shutterstock
Give us feedback