Everything You Need to Know About Gal Gadot, Israel's Wonder Woman

In the past year, Gal Gadot has become one of Hollywood’s most talked-about and most valued actresses, as well as a role model for girls all over the world, making a whole country feel proud. The Israeli actress and model made us all fall for her as Diana Prince in Wonder Woman, not just for her beauty, but also for her representation of a strong, dominant and inspirational female superhero. She achieved all of this while looking amazing and performing her own stunts – and did we mention, she was pregnant while doing so?

Who is Gal Gadot?

Gal, whose name translates to ‘wave’ (Gal) and ‘riverbank’ (Gadot) was born in Israel to a native Israeli father, while her mother, who is of European descent, is the daughter of Holocaust survivors. Growing up in a small city outside of Tel Aviv, Gal had no idea that she would one day become an icon of fierce femininity to women all over the world.

A talent scout spotted Gal Gadot back in 2004, at the age of 18 − the age where most Israelis enlist in the army for their compulsory service − and encouraged her to participate in the Miss Israel competition, which she then also won, and which led her to compete in the Miss Universe Pageant later that year. 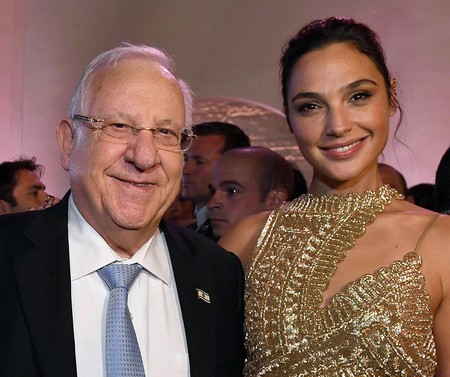 At the age of 20, Gal was drafted into the Israeli Defense Forces, where she served as a fitness instructor for combatants over a span of two years. She has not once said that she believes her service, although most Israeli women have served in the military, was what made her stand out among other Hollywood actresses, and led many directors to choose her for dominant, active characters.

After completing her military service, Gal enrolled in Law and International Relations at the Interdisciplinary Center Herzliya College in Israel, but upon completing her first year of studies, she was called to try out for a Bond girl after the casting director for Quantum of Solace invited her to audition, although Olga Kurylenko ended up landing the role. Not to worry though, soon enough, in 2009, the same casting director contacted Gal to cast her for her first major role as Gisele Yashar in the fourth Fast and the Furious film, alongside Vin Diesel and Paul Walker, and not long after, Gal left her law studies and jumpstarted her international acting career.

In 2008, Gal married her then-boyfriend Yaron Versano, an Israeli businessman whom she met a few years back through mutual friends. Gal Gadot and Yaron Varsano are the parents of two little girls ­— Alma, who was born in 2011 and Maya, who joined the family in 2017.

In the years to come, Gal continued to land small roles in Hollywood movies, including Knight and Day (2010) alongside Cameron Diaz and Tom Cruise and Date Night (2010) alongside Mark Wahlberg, while also taking part in some local Israeli productions and reoccurring as Gisele Yashar in the fifth, sixth and seventh Fast and the Furious sequels. She also portrayed the guest role of Lisa on HBO’s Entourage, which was widely popular at the time, and of which she has said was an overall negative experience. 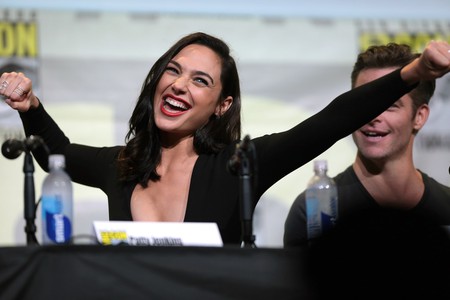 In 2016, Gal was first cast in Batman v Superman: Dawn of Justice as Diana Price, also known as Wonder Woman, alongside Jesse Eisenberg and Ben Affleck, which only induced the anticipation to see Gal’s portrayal of the female superhero in her own movie. Having undergone training in a variety of martial arts, Gal gained 17 lbs of muscle for her debut role of Wonder Woman in Batman v Superman: Dawn of Justice. This made her genuinely strong and ‘not just a pretty girl’ attitude stand out among previous superhero actresses. Gal was clearly looking to showcase a strong, dominant and independent female lead character and managed to steal the show, making millions count the minutes until Wonder Woman’s debut in a standalone film. Boy, did she nail it!

Wonder Woman started off as the biggest opener for a film directed by a woman (Patty Jenkins) with $101.4 million domestically and also, became one of the biggest openings for a superhero movie ever. The blockbuster continued smashing box offices with international receipts that finally pushed box office totals to $821.74 million, making the Amazon warrior princess’ story the highest-grossing superhero origin film of all time.

Not only did our superhero manage to memorize a whole script in English, despite it being her second language, and perform her own stunts during the shooting of the film, she also took part in reshoots while being five months pregnant with her second daughter, Maya. Talk about a Wonder Woman. 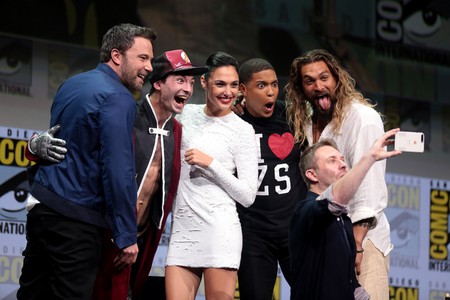 A year later, in May 2017, DC Comics’ Wonder Woman‘s solo feature came out, breaking worldwide box office records and receiving positive reviews from viewers all over the world. In November 2017, Gal took part in another DC Comics blockbuster, Justice League, alongside Ben Affleck as Batman, Henry Cavill as Superman, Ezra Miller as Flash, Jason Momoa as Aquaman and Ray Fisher as Cyborg. Wonder Woman 2 is currently in the works and is set to come out in 2019.