Israel’s cuisine is a fusion of Middle Eastern influences and the Sephardic and Ashkenazi styles of Jewish cooking, which together create a style of fresh modern food from the traditions of old. It is through both Eastern and Western influences that Israelis have found their love of cakes, pastries, sweetmeats and after-dinner delights, which are customary to indulge in after a sumptuous meal.

In Sephardic communities, meals traditionally ended with a mixture of fruit, either fresh or dried, and it was only after the meals on Shabbat or festivals that desserts were served. In Ashkenazi communities, however, the emphasis was firmly put on baking, as no festival or celebratory meal was ever complete without a variety of cakes and cookies being served with coffee.

As a nation, Israel has developed a sweet tooth that no doubt originated from the diversity of the communities that settled in the country and who brought their own traditions with them. 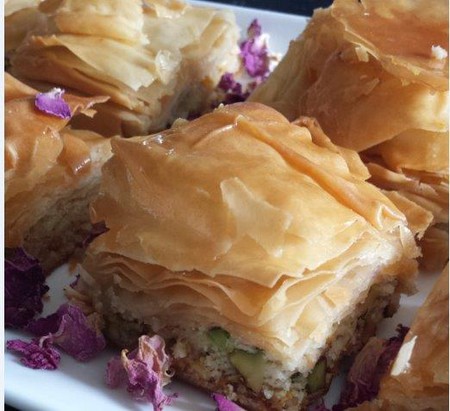 Arguably, the most popular after-dinner delight in Tel Aviv’s restaurants is baklava, squares of sweet, syrupy layers of filo pastry filled with walnuts or pistachios, all held together with more sticky syrup that is characteristic of the Middle Eastern and former Ottoman Empire dessert. It is deliciously rich and usually eaten with a small cup of dark, black Turkish coffee or a small shot of espresso.

Halva is a sesame-flavored confection of Arabic origin, which is made from tahini and hulled sesame seeds that are toasted and ground and made into an oily paste. Halva is exceedingly popular in Israel and all over the Middle East as an after-dinner sweet, but can also be found in breakfast buffets in Tel Aviv’s hotels. It is sold in large slabs in all of Tel Aviv’s markets, in many delicious flavors including chocolate, vanilla, pistachio, and even chili. Halva is used in cakes and more often as ice cream, and since halva is parve (neither meat nor dairy), it can always be enjoyed at the end of any meal.

Originating from the Palestinian city of Nablus is knafeh, a sweetened cheese pastry, which like baklava is soaked in a sugar-based syrup or honey, giving it its richness and stickiness. Knafeh pastry can be made into rough long shreds, like noodles, or from fine semolina dough. The pastry is filled with a sweetened white soft cheese and then rolled and doused in sugar syrup often flavored with traditional Middle Eastern waters, such as orange blossom or rose, before being topped with pistachios and edible rose petals. 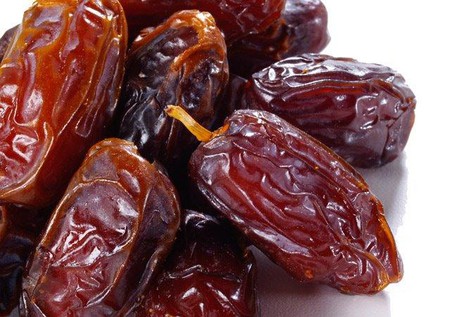 Known as the ‘king of the date,’ the large Medjoul date sits majestically on any plate due to its paper-thin, dark skin and soft, sweet, succulent flesh. Medjoul dates originated from Morocco and were called “Madjhoola” meaning ‘unknown’ in Arabic. They are now not only known as the sweetest and most moreish of all the dates, but they are grown all over Israel and seen in abundance in all the street markets throughout Tel Aviv, where they are sold loose by the kilo. They are the perfect end to any meal, particularly when put in a bowl with other succulent dried fruits, such as apricots, peaches or figs. A real after-dinner delight. 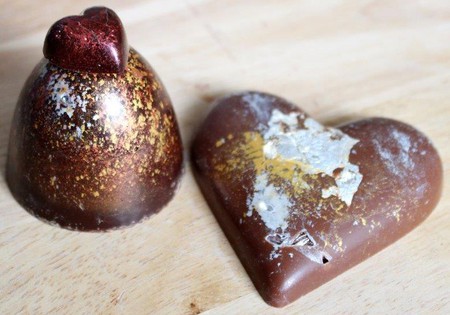 No meal is complete without after-dinner chocolates of some kind, and naturally the culinary circles of Israel are no different. The chocolatiers of Tel Aviv – Max Brenner, Cardinal and Ika Cohen – are all renowned for producing top quality chocolates and truffles, using the highest quality dark, milk, and white chocolate together with contemporary flavors such as za’taar, olive oil, and passion fruit with black pepper.