Designer To Watch: Danit Peleg, The Future Of Fashion Is Now

“Will we be able to design, share and print our clothes in our own home?” That’s the kind of question Danit Peleg, a graduate student from Shenkar, asked herself nine months ago. With only a little knowledge in 3D printing, a lot of determination and passion, Danit managed to create the first ready-to-wear collection entirely 3D printed at home. Crazy? No. It’s happening now, and it’s totally wearable. Discover the incredible project of Israel’s rising star of fashion design! 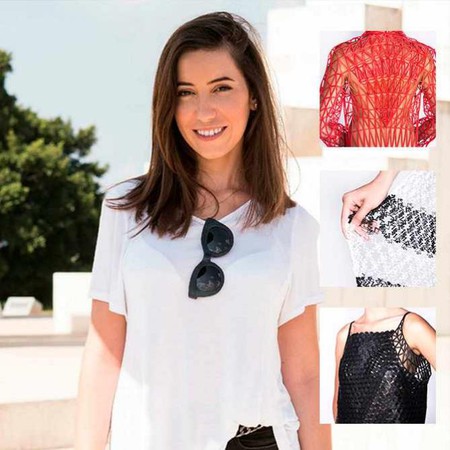 While 3D printing is gaining more exposure within the fashion industry, especially with jewelry, little has yet to been done. Fashion designers like Iris Van Herpen are already using this technology but only on industrial machines and with non-flexible materials. 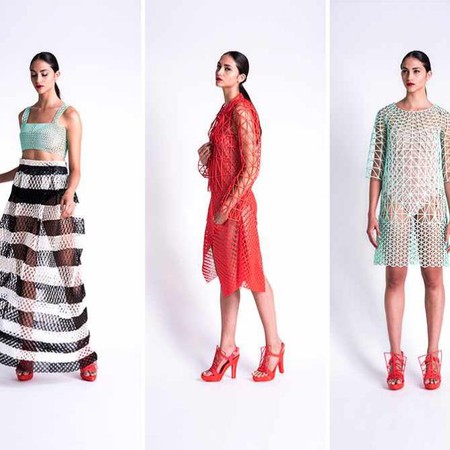 After an internship at Threeasfour, where she discovered 3D printing, and an inspiring trip to Burning Man, Danit started her creative process. She wanted to create a material letting each and everyone decide their own design. 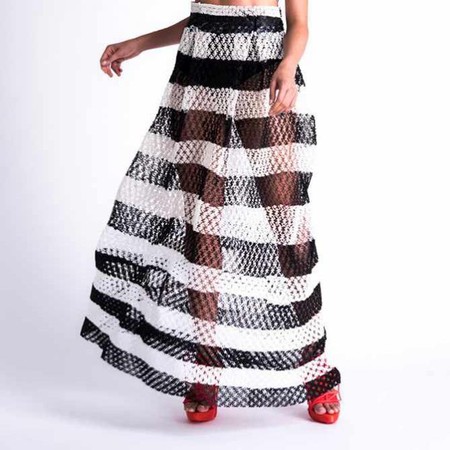 The beginning of her nine-month creative thinking process came from a painting by Eugène Delacroix called ‘Liberty Leading the People.’ More than a simple inspiration, it was a statement. Helped by the Tel-Aviv based 3D printing ‘geeks’ community, TechFactoryPlus Lab and the XLN community, she started her research with PLA, a hard and breakable structure. She was not getting any results due to the inflexibility of the material. She needed something soft and strong yet flexible. Finally, she discovered Filaflex filaments that, when combined with her Witbox FDM printer, allowed her to create a ‘lace like fabric.’ Once she figured out how to print her designs, she needed to battle against time. It took her 2,000 hours to print her entire five-piece collection from A4-sized sheets. One printer was not enough; the printer company sponsored her project, and her studio became fast a little printing industry. 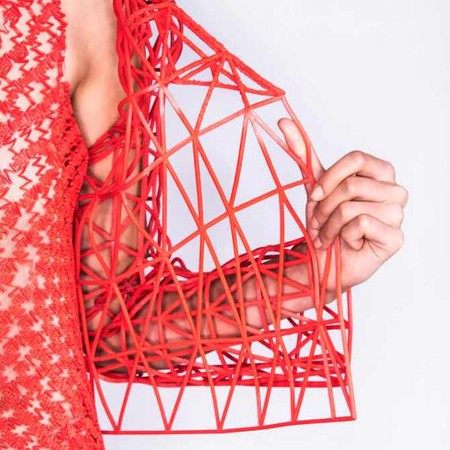 From Idea To Reality

Danit’s idea is to encourage and inspire other designers interested in 3D printing, so she posted a step-by-step description on an Instagram account. Directly seduced by her idea, the Spanish-based Filaflex company decided to help her and offered spools of their product. She was now able to create her first piece, a perfecto-inspired jacket called ‘La liberté.’ Each design was broken down into shapes using computer software called Optitex. She then used another software called ‘Blender’ to create 3D files. In order to make the structure more interesting, she started experimenting with different types of patterns. Influenced by Andreas Bastian’s Mesostructured Cellular patterns and creating her own, she gave more structure and depth to the fabric. Once she printed all the pieces, she then assembled them — like a puzzle — with super glue. 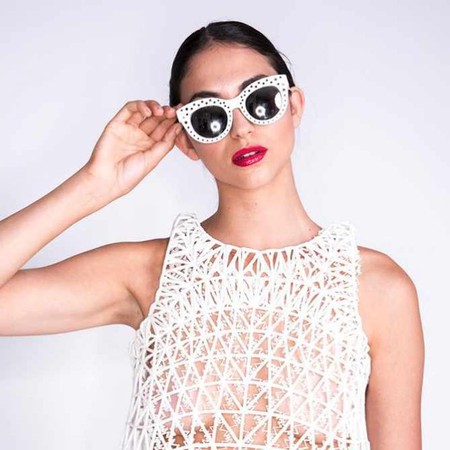 And because she wanted her collection to be 100% 3D printed, all accessories and shoes were printed the same way. She downloaded an open-source file from designer Michele Badia and added her personal touch to the red stiletto heels. 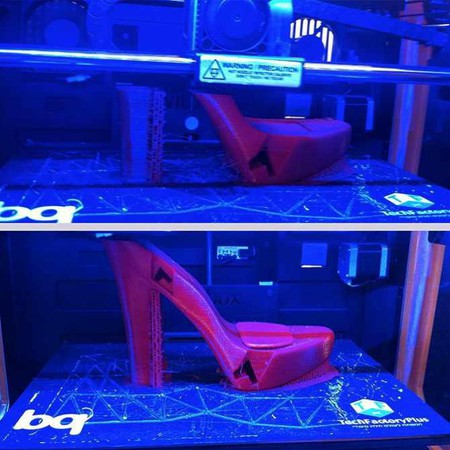 The Future Is Now

Danit’s dream is that, in the near future, people will be able to purchase and download files available online and print their own outfits straight from home. Just graduated, she is going on tour with her collection, from New York to Europe, to share her experience. While she is waiting for the technology to evolve and the printers to go faster, she will advise fashion companies and create her own line mixing 3D printing with actual fabric. 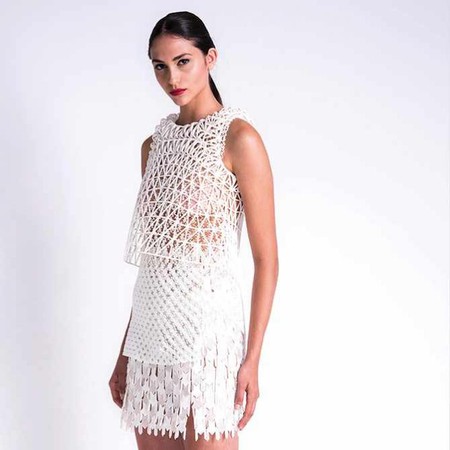 No doubt she is an inspiration for a change in the fashion world.

The future of fashion is here. Join the revolution of Danit Peleg!

Jessica, a Belgian art director and graphic designer, is passionate about art and fashion. Every day, she discovers a new secret of Tel Aviv — and can’t wait to tell you about it!