Books You Should Read Before Visiting Jerusalem 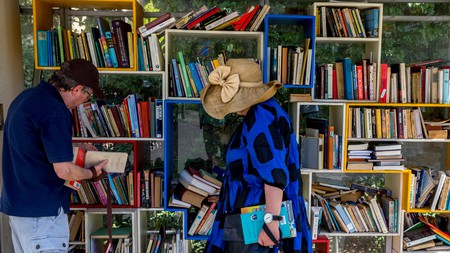 With a history that dates back thousands of years, the Holy City has sparked the imagination of many a writer and influenced a diverse body of literature that captures the essence of Jerusalem.

“The view of Jerusalem is the history of the world; it is more, it is the history of earth and of heaven.” These words by Benjamin Disraeli, a former British prime minister, show the awe he felt after visiting Jerusalem in the 19th century. Over the centuries, countless stories have been told about Jerusalem, a city holy to three Abrahamic faiths and one that is mentioned in the Bible no fewer than 800 times. Whether you’re searching for fiction, poetry or history, these are the seven books you should read before visiting Jerusalem.

A comprehensive overview of the history of Jerusalem, this non-fiction book features gripping narrative and looks at previously unpublished archival materials. British historian Simon Sebag Montefiore draws on a lifetime of scholarship to chronicle the city’s many rulers, inhabitants and bloody conquests over the past 3,000 years. From the time of King David to the Crusades, from the Mamluks to the Ottomans, from the birth of Zionism to the Israeli-Palestinian conflict, Montefiore weaves a compelling tale that showcases the role Jerusalem has played throughout history and how it has been at the heart of countless power struggles and wars. Many chapters home in on the lives of the famous (and infamous) men and women who came to define pivotal moments in the Holy City, like the Herods, Saladin, Suleiman the Magnificent and Melisende. Jerusalem: The Biography makes for anything but a dry historical account and is a book you can read again and again. 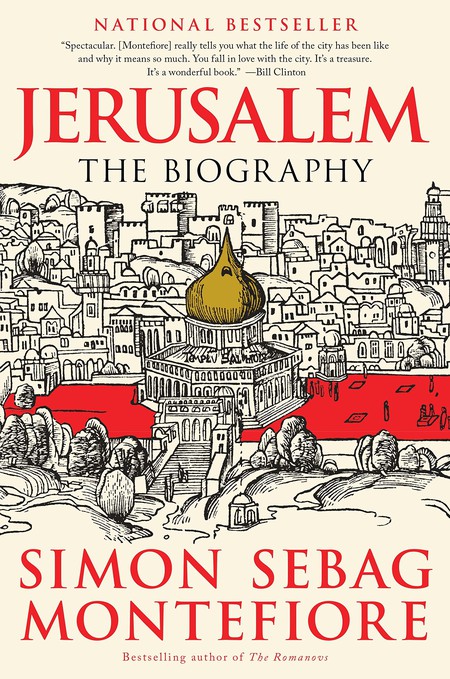 Translated into dozens of languages, this memoir was written by the late Israeli author Amos Oz, one of the country’s most important writers. Born in Jerusalem in 1939, Oz grew up during a particularly tempestuous period in the city’s history. He witnessed first-hand the social and political upheaval that surrounded the establishment of the state of Israel in 1948 and the subsequent Arab-Israeli war, which saw the city divided between Israel and Jordan. A Tale of Love and Darkness describes Jerusalem during these periods and paints a compelling portrait of its Jewish, Muslim and Christian people affected by the changing times. Aside from these historical elements, the non-linear narrative weaves in and out of a searing memorial of Oz’s childhood and his parents’ troubled relationship.

This novel discusses Arab identity politics in Israel as it follows the lives of two Arab men living in Jerusalem. One is a lawyer with a successful law firm in West Jerusalem; the second, a social worker, also works in the city. Through a series of seemingly unrelated events, the protagonists’ plot lines become intertwined. Written in Hebrew by famed Arab Israeli author and journalist Sayed Kashua – who was educated in and lived in Jerusalem for a number of years before emigrating to the US in 2014 – Second Person Singular is an exploration of what it means to be a member of an ethnic and religious minority in Israel. The novel delves into complex issues of identity and life in Israel, and this intricacy reflects Kashua’s own multifaceted background. 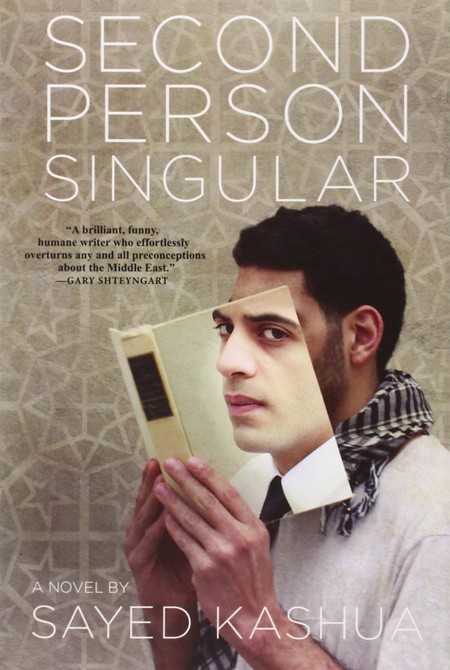 ‘Jerusalem: Chronicles From the Holy City’ by Guy Delisle (2011)

Originally published in French, this graphic novel by Canadian writer and illustrator Guy Delisle is a travelogue about his voyages with his family across Jerusalem, other parts of Israel and the West Bank. Delisle accompanied his wife Nadege, who was in the country for a year working for the international humanitarian organisation MSF (Médecins Sans Frontières, or Doctors Without Borders). With his clean, minimalistic drawings and a meandering storyline that looks at both sides of the Israeli-Palestinian conflict, Delisle provides a refreshingly honest and yet objective outsider’s perspective on Jerusalem. Jerusalem: Chronicles From the Holy City provides an excellent and creative introduction to this hotly disputed city and paints evocative portraits of some of the people living there. 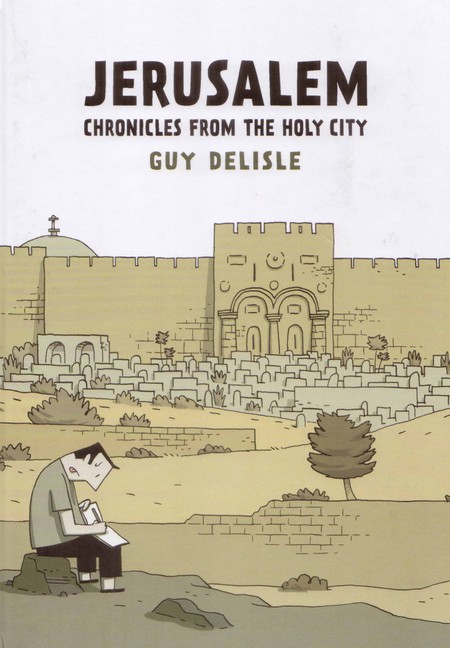 Jerusalem: Chronicles from the Holy City by Guy Delisle | © Delcourt

This collection of poems explores the importance of Jerusalem for Christians, Muslims and Jews. With bold, double-page paintings by John Thompson, the author, Jane Yolen, offers a commentary on the role of religion and history in the city and thereby provides young readers with an understanding of how the three Abrahamic faiths intersect in Jerusalem. Included in the collection is a poem about the life of the young David, and one about the angels who watch as Muslims make their pilgrimage to Jerusalem to pray to Allah. Although essentially a children’s book, O Jerusalem can be enjoyed and admired by readers of all ages; each painting brings the poetic tributes to life and depicts the Holy City in all its beauty.

‘Jerusalem: A Cookbook’ by Yotam Ottolenghi and Sami Tamimi (2012)

From award-winning London-based chefs Yotam Ottolenghi and Sami Tamimi, this collection of 120 recipes delves into the flavours that make Jerusalem unique. Ottolenghi, an Israeli, and Tamimi, a Palestinian, explore the vibrant culinary heritage of their home city – both were born and raised in Jerusalem – with a diverse array of cross-cultural dishes, such as chicken with caramelised onion and cardamom rice, clementine and almond syrup cake, roasted butternut squash and red onion with tahini and mujaddara (a rice and lentil dish). Inspired by the city’s Jewish, Christian and Muslim heritage, the recipes are filled with traditional spices and ingredients typically seen in Jerusalem cuisine. They are also accompanied by mouthwatering photographs. Jerusalem is a must-have for travellers and those who dream of visiting the Middle East, as well as for home cooks who wish to discover the tastes and smells of Jerusalem and re-create some of their favourite dishes after they’ve returned home. 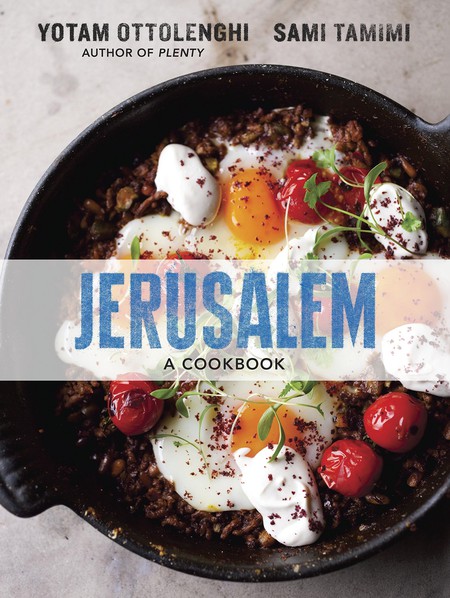 The flavours of the holy city abound in ‘Jerusalem: A Cookbook’ by Yotam Ottolenghi and Sami Tamimi | © Ten Speed Press

Regarded by critics as a biblical-scholarship tour de force, this book by James L Kugel presents different ways of reading the Hebrew Bible. Kugel records the religious significance of Jerusalem and explains how the city’s sacred nature evolved in Judaism over the centuries. In the book, based on a course he taught at Harvard University, Kugel applies a range of interpretations to memorable biblical passages, relying on ancient and modern historical approaches to do so. Among the stories he examines are those of David’s kingdom, the Babylonian conquest and the subsequent exile of the ancient Israelites. According to Kugel, it was during this exile – which began in 597 BC – that the Israelites began to view Jerusalem as a religious centre and also defined central tenets of the Jewish faith. Ultimately, this book provides an in-depth examination of how religious stories have shaped the Holy City in the popular imagination. 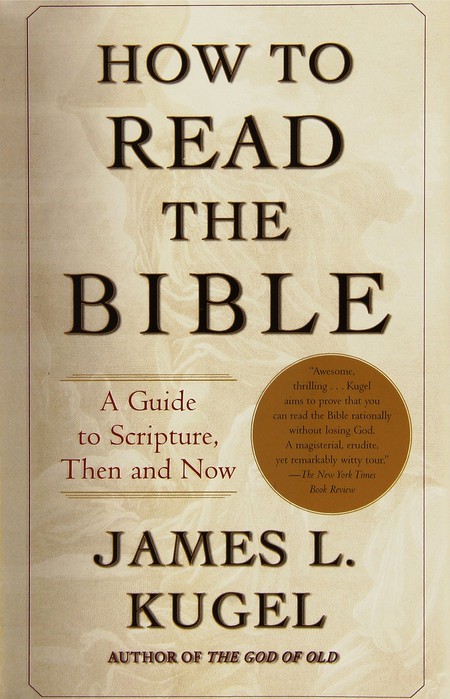 How to Read the Bible A Guide to Scripture Then and Now by James L Kugel | © Free Press; Reprint edition
Give us feedback