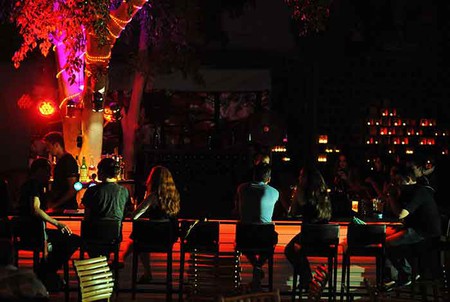 In Israel there are so many alleyways, especially in big cities, that it can be tricky to find some of the city’s coolest bars. If you are looking for venues that offer something a little bit different, read our guide to some of Israel’s coolest bars located in places you’d never expect.

Bar, British, $$$
Facebook
Email
Twitter
Pinterest
Copy link
Share
Map View
Sleek is a modern bar hidden in the old part of Haifa. It’s named after the underground slicks, where the Israeli army hid weapons during the time of the British mandate in Israel. When you walk down a street in the old part of Haifa and are surrounded by supermarkets, pharmacies and falafel stands, there is a lone sign that says Sleek. This spot is a high end bar that offers tons of cocktails, 14 types of beer on tap, and a full food menu.
Stop, look and you will find Sleek @maps.google.com
Open In Google Maps
124 HaNassi Boulevard, Haifa, Haifa District, Israel
+97243741268
Visit Website
Give us feedback 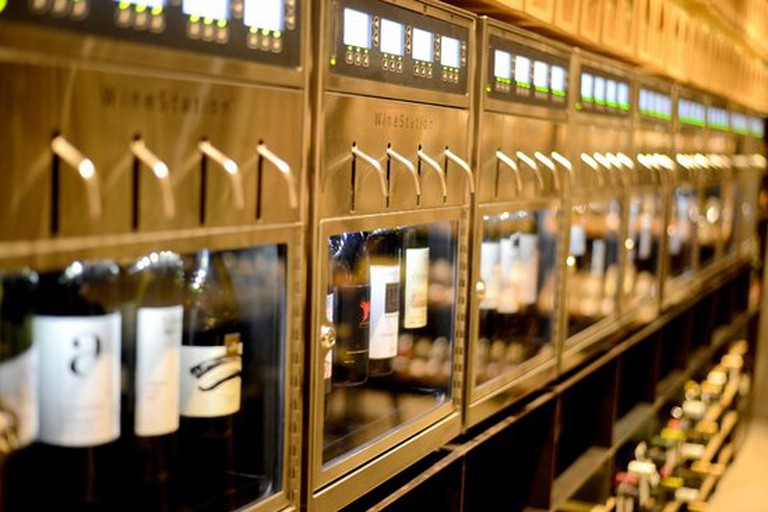 Tasting Room, Tel Aviv-Yafo
In the heart of the new Sarona complex (in an ancient building that was once a home to the ancient Templars) lies the Tasting Room. This is a state of the art wine bar that offers over 40 types of wines from Israel and abroad. You can purchase a smart card at the entrance and walk around the room tasting as much as you can afford. While you are tasting some of the best wines around, you can also take a look at their creative menu that accompanies every type of wine perfectly.
Open In Google Maps
Give us feedback

Bar, Israeli, $$$
Facebook
Email
Twitter
Pinterest
Copy link
Share
Map View
The Gatsby is one of Jerusalem’s top nightlife spots. To enter, you need to go through a hidden sliding wall! Once you do, you’ll find an amazing 1940s-1950s vibe, with the bartenders dressed the part. The Gatsby has a hidden cigar room in the back and serves some of Jerusalem’s best cocktails. Reservations are usually needed.
Open In Google Maps
18 Hillel Street, Jerusalem, Jerusalem District, Israel
+972548147143
Visit Website
Visit Facebook page
Give us feedback

Drinking riverside of the Jordan River | @rest.co.il
Al hanahar is located on the shores of the Jordan River, overlooking nature and serving up great alcohol. It’s open seven days a week, they make sure the party never stops and that everyone can come and have an unforgettable time.
Open In Google Maps
Kinneret-kvutsa, North District, 1511800, Israel
+97246759690
Visit Website
Give us feedback 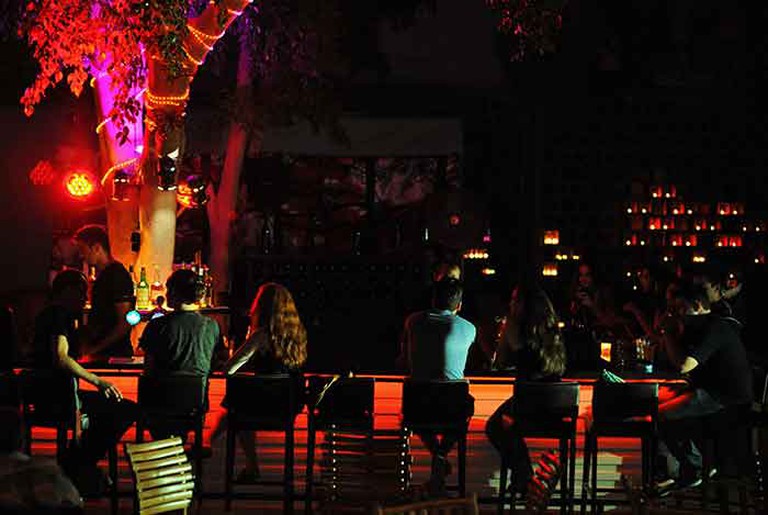 Nightlife under the Fichus tree at Barbasba | @Ilan Zagdon
Barbasaba is a rundown house in the middle of the city of Be’er Sheva, which has been transformed into an ecological beer garden. All of the products come from recycled materials and all the herbs and spices are grown within the garden with no preservatives. It is an open bar with the only shelter being the shade of a beautiful Ficus tree (don’t worry, it rarely rains in Be’er Sheva)!
Open In Google Maps
8 התקווה, באר שבע, Israel
+972507210959
Give us feedback
Give us feedback