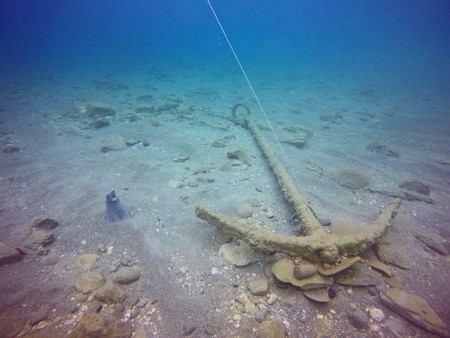 In the depths of the Mediterranean Sea, divers Ran Feinstein and Ofer Ra’anan found an unexpected marine discovery on May 16, 2016. Exploring the waters, these two divers discovered the ruins of a shipwreck dating back to the Late Roman period, accompanied by beautiful and historically significant artifacts.

Caesarea is a beautiful town located on the Israeli coastal plain between Tel Aviv and Haifa. The town was built by Herod the Great around 25–13 BC, and is filled with a rich Roman history. Herod the Great revolutionized the town by creating a deep sea harbor and built storerooms, markets and other features that promoted trade and merchants. The town primarily became a commercial centre where residents could buy and trade. The town has Roman roots embedded in its history, which are now resurfacing from this spectacular discovery. 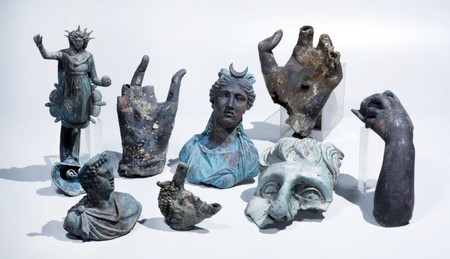 As the ocean floor was cleared of sand, the ancient marine cargo from the shipwreck was unveiled. The merchant ship carried remains of several artifacts depicting images of Roman gods, each of which was more or less preserved.

According to the director of the Marine Archaeology Unit of the Israel Antiquities Authority, Jacob Sharvit, ‘these are extremely exciting finds, which apart from their extraordinary beauty, are of historical significance. The location and distribution of the ancient finds on the seabed indicate that a large merchant ship was carrying a cargo of metal slated recycling, which apparently encountered a storm at the entrance to the harbor and drifted until it smashed into the seawall and the rocks.’ Sharvit and the Deputy Director, Dror Planner, added that such a large marine assemblage has not been found in Israel in over 30 years. 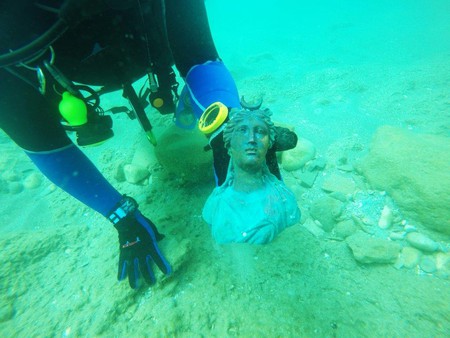 Other remains, including iron anchors and broken water vessels, were found, leading archeologists to believe that the disaster occurred as a result of a strong storm. The crew attempted to stop the ship from crashing onto the shore.

People can now visit the ‘Time Travel’ exhibits in the Caesarea harbor to see the gold Fatimid coins found by the divers in the wreck. The shipwreck continues to be explored and investigated by divers, archaeologists, and other volunteers. 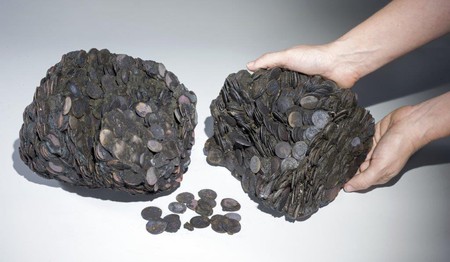 By reporting the marine discovery, the divers have made it possible for people to enjoy these incredible ancient findings. In return, they will be awarded a certificate of appreciation and are invited to tour the storerooms of the National Treasures.