An Inside Peek At Israel's Midburn Festival

Israel’s regional Burning Man event, Midburn, is just weeks away from its second annual gathering. The gathering was christened as such by crossing the Hebrew word for desert, “midbar,” and the English word “burn.” On May 20th-24th, thousands will gather in the Negev Desert of southern Israel, not far from the gravesite of founding father, David Ben-Gurion. 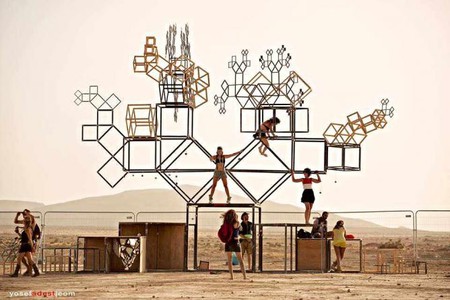 For those unfamiliar, Burning Man is commonly described as ‘an experiment in community, art, radical self-expression, and radical self-reliance.’ In more concrete terms, it involves a group of like-minded individuals who come together to build a temporary city out of a desert wilderness. Rather than a festival surrounding an attraction of some kind, this event has no large stages with hired talent, rather exists to celebrate creativity and the beauty of human existence.

More than anything else, what sets this event apart is the astounding amount of planning and meticulous attention to detail involved. Over the past year, 600 individuals have poured their hearts and soul into this project, with hundreds more joining in the past few months. The gathering abides by a set of core principles, which uphold the spirit of the event. As part of this code of ethics, there is no buying or selling whatsoever. Instead, participants are encouraged to be self-reliant, but also bring some form of contribution or gift to the community. This can be in the form of a hug, a necklace or a larger-than-life, fire-breathing sculpture. In order to truly convey the enormousness of this affair, we spoke to several burners about their past experiences and their gifts for the upcoming Midburn. Without further ado, meet the burners. 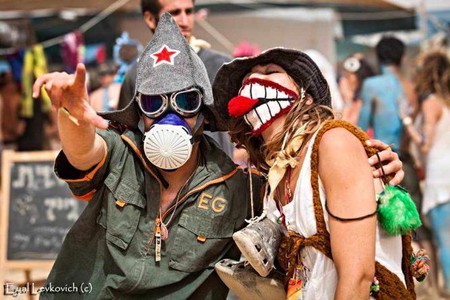 Originally from Russia, Ira now calls Tel Aviv home when she isn’t traveling in India or taking part in festivals. She has been an active and passionate participant in the burning man community since her first trip to Black Rock, Nevada in 2002. In 2013, she took part of a team of talented Russians who created the colossal installation, Cradle of Mir. This year, she and a friend (along with a team of helping hands) are in the final stages of implanting a vision almost a year in the making, a theme camp called “The Nest.” 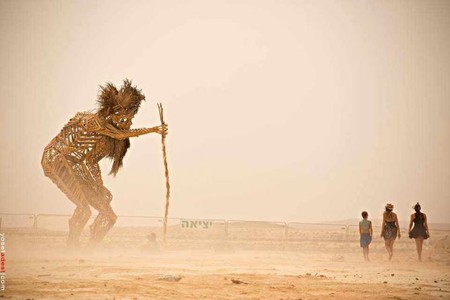 Ira discusses the idea behind The Nest and the planning involved. ‘We want to create something like a bird’s nest, a safe place where people can relax, reflect, and digest the whole experience. There is so much intensity happening at the burn, people are getting rid of a lot of a lot of heartbreak and sorrow. There is a strong psychological aspect of release connected to the physical act of the burn. It can be very overwhelming, so we wanted to create a space where people could decompress. We will be serving tea, hosting traditional tea rituals, and bringing some world class DJs to play some nice lounge music. Everything is made by us or recycled by us, down to the pillows and carpets, which we hand-dyed. A lot of time, love, and creativity and the help of over 30 volunteers has gone into this project.’ 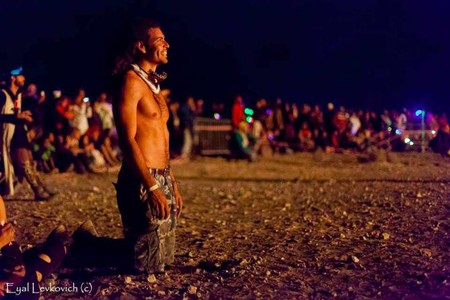 Ira’s tip for virgin burners: Bring your own cup. There won’t be plastic cups available so if you want to drink tea or water at different camps, it pays to come equipped. 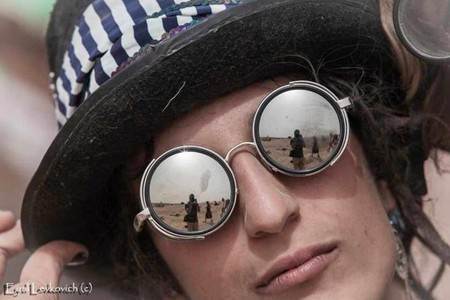 Midburn 2014 was Omri’s first burn. ‘I haven’t attended the American Burning Man, what draws me to this event is the Israeli community. For years I’ve enjoyed organizing social events in my own life, and I immediately connected with the intense participatory model of Midburn. It is the perfect fit for me.’

When asked to describe Midburn in one word, Omri’s response was togetherness. ‘At any given moment there is always someone there who will interest you and be interested by you.’ 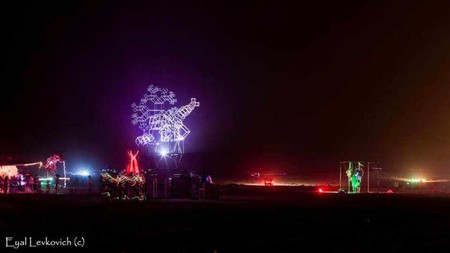 Omri became part of the NO MAN’s theme camp in Midburn 2014. Unlike other theme camps, NO MAN doesn’t have organizers; in fact it was not even planned. “We met on the first day of the gathering, each person had something that someone else needed.” They grew organically from there, and this year NO MAN’s is back with a little preparation. “We have an open kitchen, a communal space, a music stage with an array of instruments, a game room with telescopes and all kind of games and creations…. and we also have a bar with home brewed beer.” The camp’s concept is a place where participants are free to explore their own creative path, with no binding commitment in any specific direction. It’s an exercise in being oneself. 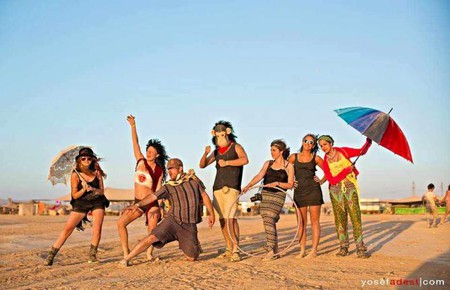 Originally from South Africa, Liz became a part of the Midburn community in its early beginnings. As a result of her involvement in Israel, she participated in two Burning Man events in states as well as taking part of the central production team in Midburn 2014. This year she has gone her own direction, introducing a new and exciting camp to the playa. She and her co-creators drew inspiration from a theme camp at Black Rock, and combined forces with a previous theme camp called ‘the bureau of needless bureaucracy,’ to create Midburn’s first ever post office.

‘In practice we will do anything that a post office does, like send postcards to yourself or friends, but you can also fill out forms and get permits for things. The post office will operate through the official Israel Post and we even have our own special Midburn stamps. The whole idea is to put you through an experience. It’s all just a game at the end of the day.’ 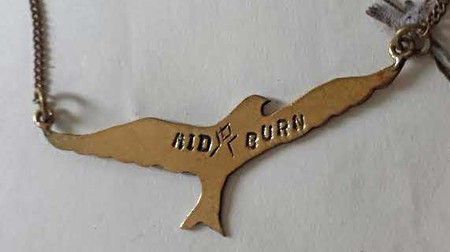 ‘At Burning Man 2013, I sent a postcard to the guys in my office, and when I got back there it was on the board waiting for me. It was so fun to have that memorabilia from the burn make its way back into my everyday life.’