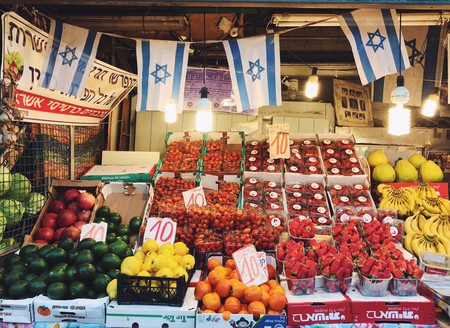 HaTikvah Market is one that few tourists venture out to. In fact, it’s one that few tourists are even aware of – the crowd here is almost exclusively locals. Located in the working class HaTikvah (‘The Hope’) neighbourhood in the deep south of Tel Aviv, at this vibrant market you can expect classic Yemenite and Iraqi Jewish food, the cheapest produce in the city and plenty of Mizrahi music. 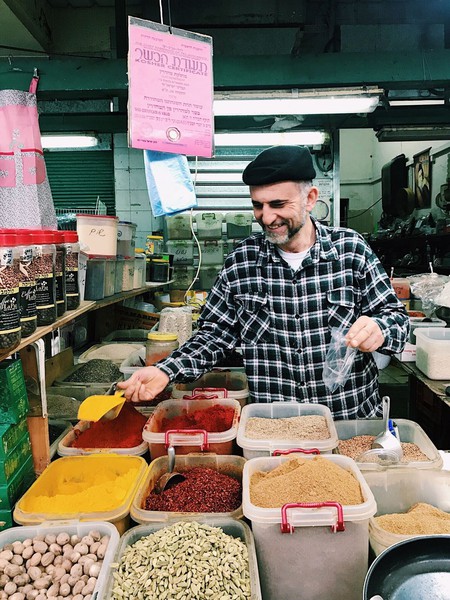 The first thing that strikes you upon entering the market is its width – the stalls are situated on both sides of a street that feels doubly as spacious as Carmel Market, the most popular outdoor market in Tel Aviv. It also feels cleaner and, while the atmosphere is certainly lively, it is a far cry from the hectic hustle and bustle of Carmel Market.

Venturing off the main strip into the streets on its left side will lead you to the butchers, where you’ll be engulfed by the relentless sound of cleavers slamming, chopping and dissecting. Wander off the strip to the right and you might stumble upon a group of Israeli old timers deep into a game of shesh besh (backgammon) or an unassuming restaurant serving up delicious hummus and meaty home cooked stews. 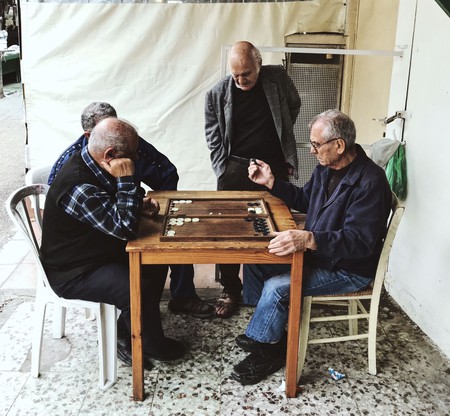 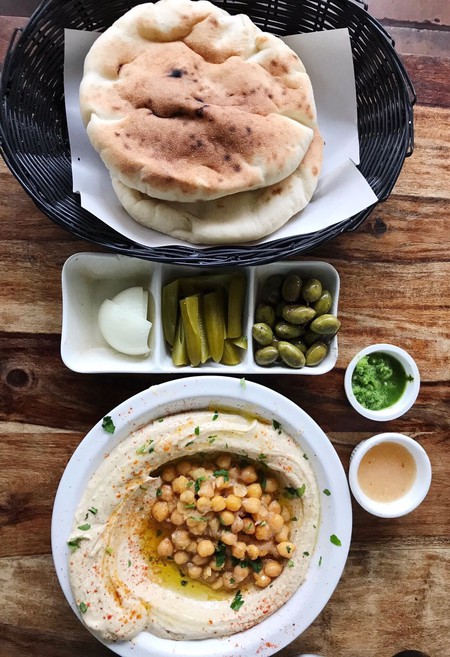 Edward, an affable Iraqi-Israeli Jew who sells sambousek (fried chickpea or potato filled pastries), in addition to a mysterious green drink, sweet in flavour and served cold, told us that he’s been working at HaTikvah Market for a staggering 56 years. His tiny stand where he sells these classic Iraqi pastries is situated towards the bottom of the market’s main strip. 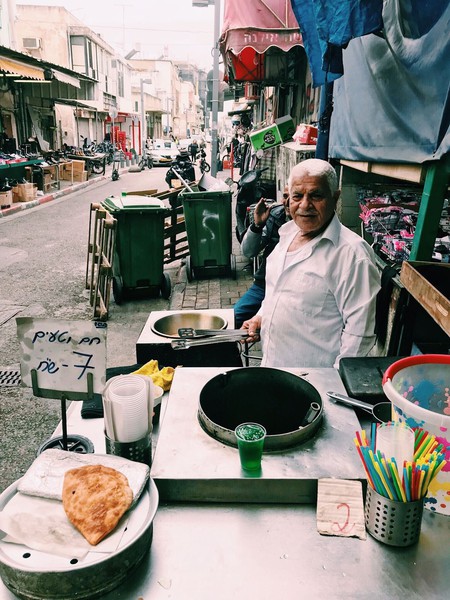 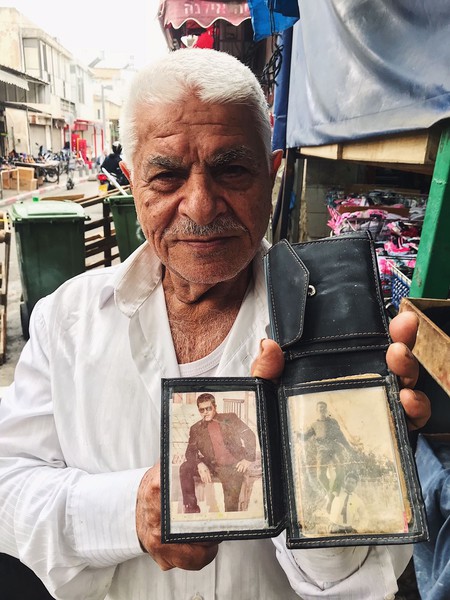 Edward posing with a photo of himself as a dapper young adult, HaTikvah Market, Tel Aviv | © Reuben Lewis

There is a heavy Mizrahi (the Hebrew word for ‘Eastern’, used to describe Israeli Jews descending from Middle Eastern countries) presence in HaTikvah Market, reflected by the array of delicious Levantine delicacies such as kibbeh (fried dumplings made with bulghur cracked wheat, minced onions and ground beef or lamb), saluf (a Yemenite baked pita bread) and jachnun (a slow-cooked Yemenite Jewish pastry). A mention must also be given to amba, a spicy mango sauce from Iraq (delicious in a pita with shawarma or falafel) and one of the specialties of HaTikvah Market.

In addition to the food, the jumpy, oriental melodies of Mizrahi music are inescapable in the market and remind you that you’re well and truly in the Middle East – a sense that is sometimes diluted in the tourist hotspot of Carmel Market. 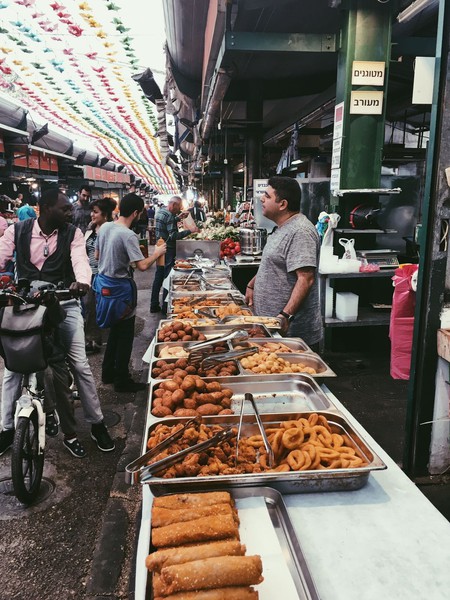 Avner, a chirpy and approachable fruit and veg seller, is 67 years old and has worked at HaTikvah Market since the age of eight when he began helping out his father. He was born in Israel to Iraqi Jewish parents, however, our conversation with him was abruptly cut short when a fight broke out between two vendors just a few metres away. 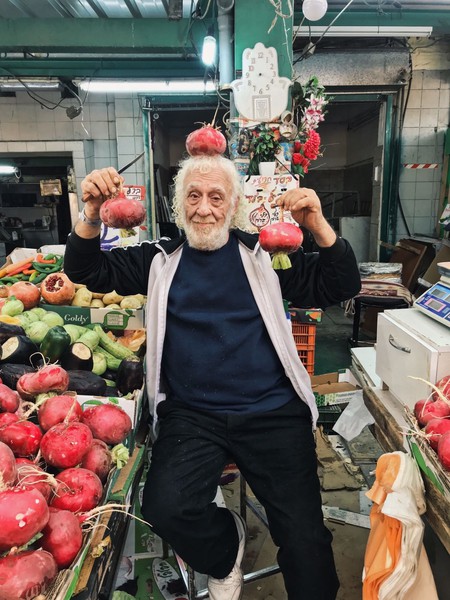 An off the beaten track experience

The market is a fascinating microcosm of Tel Aviv’s ethnic diversity. In the space of two minutes here, you might observe an Ethiopian Israeli mother shopping with her baby wrapped around her back, a group of young Filipino boys conversing in Hebrew and an Eritrean asylum seeker going about his business. The contrast between Mizrahi old timers who’ve been in the same spot for decades and African asylum seekers with a very uncertain future indeed is a striking one. 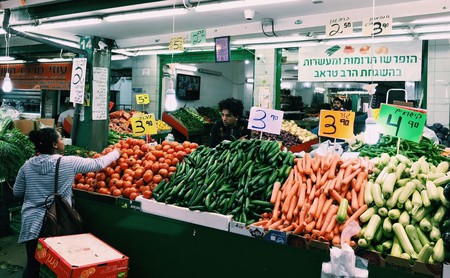 An Eritrean vegetable seller watches on as a woman does her shopping, HaTikvah Market, Tel Aviv | © Reuben Lewis

HaTikvah Market is certainly off the tourist trail and is in an area that seems worlds away from central Tel Aviv. However, for travellers interested in seeing the lives of working-class Israelis and the side of Tel Aviv not shown on postcards, in addition to feasting on authentic Levantine delicacies, this market is a must.