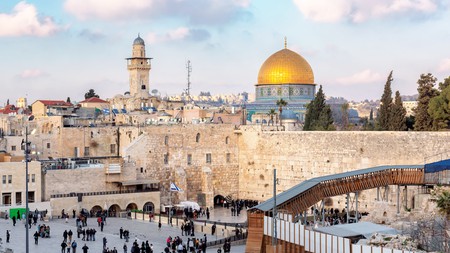 Located in the heart of Jerusalem’s Old City, the Temple Mount is one of the world’s most famous religious sites. But getting in is not so simple.

The Temple Mount, or Haram esh-Sharif (also known as Haram al-Sharif), is a hill located in Jerusalem’s Old City that is venerated as a holy site by the world’s three most prominent monotheistic religions. It’s believed to be the place where the First and Second Jewish Temples once stood, some 3,000 and 2,000 years ago, respectively. 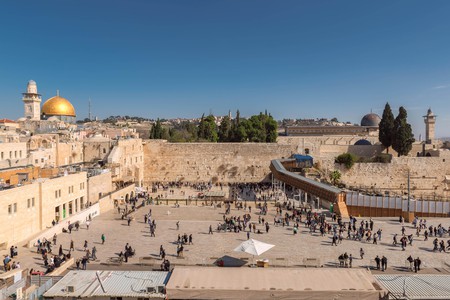 The Temple Mount is the holiest site for Jews, so sacred in fact that many abstain from entering the compound. According to the Torah, God gathered the dust to create Adam from the top of this hill. It’s also said to be where the binding of Isaac took place and the point from which God’s divine presence was revealed to the Israelites. The Temple Mount is also believed to be where the Foundation Stone (the exact spot on which the world was created) is situated. Due to Jews being restricted from praying on the Mount itself (Jewish law forbids them from setting foot on the original location of the temples, or the ‘Holy of Holies’, though many Jews today do), the adjacent Western Wall – an ancient retaining wall that was once part of the Second Temple – has become a focal point and a site of pilgrimage for world Jewry. 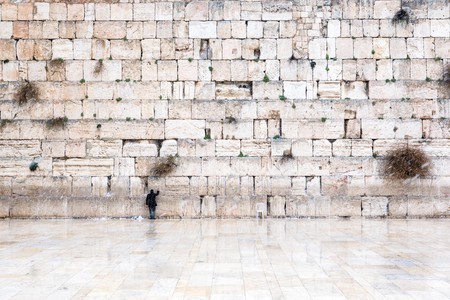 After the destruction of the Second Temple at the hands of Roman conquerors in 70 CE, the Temple Mount lay destitute and in ruins for centuries, as early Christians shifted the centre of worship to the Church of the Holy Sepulchre in the Christian Quarter of the Old City. It was not until the Muslim conquest of Jerusalem in 638 AD that the site was cleared and that the Umayyad Caliphs (the ruling family of the caliphate during that time) ordered the construction of two architectural marvels: the Al-Aqsa Mosque and the Dome of the Rock (completed in 692 AD). Temple Mount is known to Muslims as the Haram esh-Sharif (translated as “Noble Sanctuary”), and forms the third holiest place in Islam, after Mecca and Medina. The Dome of the Rock, with its famous golden roof, is one of Jerusalem’s most notable landmarks and one of the earliest extant examples of Islamic architecture. Muslims believe the Prophet Muhammad ascended to heaven during his Night Journey from the sacred stone contained therein. The Al-Aqsa Mosque, with its silver-lined dome, is located on the opposite side of the plaza and is believed to be the second house of prayer built after the Masjid al-Haram in Mecca.

With such a complex past, the Temple Mount is one of the most popular sites to visit in Jerusalem, although accessing it is no easy feat. While the adjacent Western Wall is open to everyone for prayer and visitation, the Temple Mount remains a point of major contention in the Israeli-Palestinian conflict and is therefore under high security and strict regulation at all times. 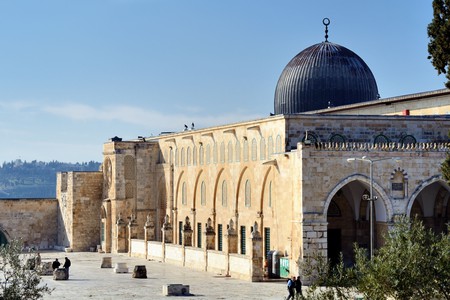 While there are no admission fees for entering the Temple Mount, it is only accessible during very specific hours from Sundays to Thursdays. It is therefore highly recommended that visitors arrive early, as the queue to get into the complex can get very long.

There are seven gates surrounding the plaza. Muslims can access the Haram esh-Sharif through multiple gates located throughout the Old City, including the Lion’s Gate.

Non-Muslim visitors can only enter the complex through the Mughrabi Gate (also known as Bab al-Magharibeh) via a wooden walkway situated near the entrance to the Western Wall plaza’s Dung Gate. 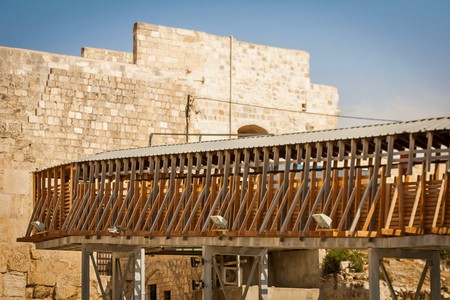 During the winter months (from October through March), the Mughrabi Gate is open from 7:30am to 10:30am and from 12:30pm to 1:30pm. From April through September, the hours are 7:30am-11:00am and 1:30pm-2:30pm. It’s also worth noting that the Temple Mount/Haram esh-Sharif is closed to tourists on Fridays, Saturdays and on Muslim holidays.

Under an agreement between the Israeli government and the Islamic Waqf (a religious trust that manages the site) put in place in 1967, non-Muslims are prohibited from praying anywhere inside the compound and may not bring any religious artefacts during their tour. Those caught praying on site or even seen moving their lips quietly will be expelled.

While the plaza is open to people of all religious denominations, non-Muslim visitors are not permitted to enter the buildings of the Dome of the Rock or the Al-Aqsa Mosque. Practising Jewish visitors are escorted at all times by security and cannot walk around the plaza on their own.

To avoid having to plan and manage the logistics around entering the Temple Mount/Haram esh-Sharif on their own, visitors can book one of the many guided tours offered by local travel agencies. 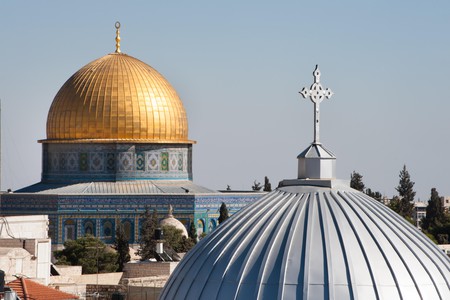 As with other holy sites in Israel and the West Bank, remember to dress modestly when visiting the Temple Mount/Haram esh-Sharif. For men, this means wearing long trousers and a shirt with sleeves. Women can wear either long trousers or a long skirt (covering the knees), in addition to a shirt that covers the shoulders, upper chest and elbows. Women are not required to wear a headscarf; however, clothes should be loose-fitting, since many people have been turned away for wearing tight clothes. Sandals are permitted. 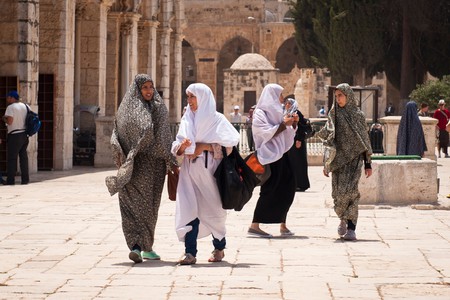 Visitors are permitted to take photos during their visit, but it is best to avoid taking any pictures of the many armed security guards patrolling the Temple Mount/Haram esh-Sharif, as they will likely request they be deleted.

Passports are required, and carrying anything that security could view as a weapon is not recommended. For those visiting during the hot summer months, remember to take sunscreen, water and a hat since there is little shade, especially as queueing can take a while.

Most importantly, remember to remain respectful and enjoy the unique history, architectural wonders and religious sites the Temple Mount/Haram esh-Sharif has to offer. There is no other place like it in the world. 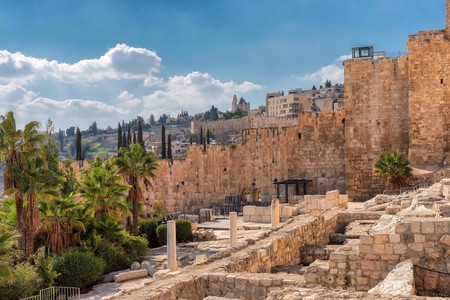