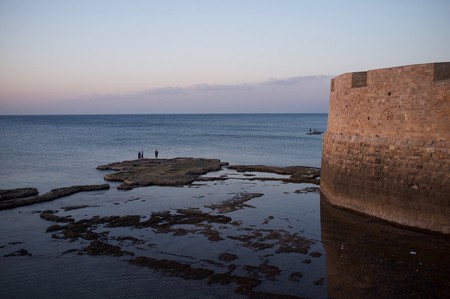 Whether you’re planning a beach holiday or an adventurous hiking trip, you should take into account the seasonal changes in Israel’s climate. Although the country is blessed with beautiful weather, and experiences just 40 or so rainy days a year, conditions vary depending on where you are in the country and the time of year. Here’s our seasonal guide to Israel’s best cities to ensure sure you enjoy your trip to the fullest.

The best time of year to visit Tel Aviv depends on what you want to do there. It is at its busiest and most uncomfortably hot and humid during summer, from June to the end of August. For those who just want a beten gav vacation (what Israelis call a beach or pool holiday, literally “stomach back”), then by all means head to Tel Aviv during summer.

But for those who want to be more adventurous and explore Tel Aviv properly, avoid the three-showers-a-day humidity of summer (and the hordes of tourists). The best months in terms of weather are April to May, when rainy season comes to an end and temperatures reach 21˚C. September to November is also a great time to visit, with beautiful weather and less crowded beaches, in addition to a spate of Jewish holidays that are well worth experiencing in Israel. 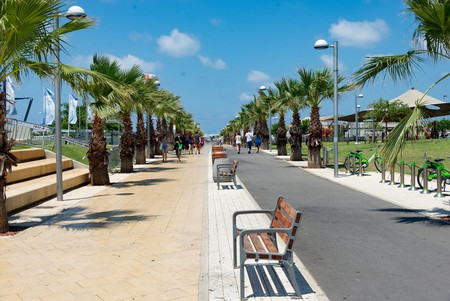 Whether you want to explore Jerusalem’s holy sites and underground tunnels, wander through its ancient cobbled streets and bustling markets, be awestruck by its history and its incredible museums, or check out its thriving cultural and art scene and buzzing nightlife, any trip to Israel would be incomplete without visiting its capital city.

Jerusalem is generally cooler and far less humid than Tel Aviv, so it is possible to enjoy it even during the height of summer. It will be very hot during the day, but at night there is a cool breeze (even in August you should bring a light jacket for the evening). In winter Jerusalem can get pretty cold, dropping to 8˚C averages in January and February. The best time to visit is between April and September, when the average temperature rises steadily from 16˚C to 23˚C, and when rainfall is at its lowest.

Although overlooked by many tourists, this northern port city – the third largest in Israel – is home to a vibrant nightlife, delicious food (many Israelis claim the best shawarma in the country is found here), beautiful sites such as the pristine Bahai Gardens, stunning views of the surrounding Carmel Mountains, and an idyllic shoreline. It is also a beacon of coexistence, as its large Arab population lives in harmony with its Jewish inhabitants.

Haifa is pleasant throughout the year: it is coldest in February (13˚C average) and hottest in August (31˚C average). For a beach holiday, come during the summer, as the breeze from the sea will make the heat manageable, plus it is less humid than Tel Aviv. For those keen to make the most of the hiking trails along the surrounding Carmel Mountain, come in February, when the temperature drops to its lowest and the flowers start blossoming. Bring a rain jacket though, as it will be wet!

Akko is the gem of Israel’s north. The Old City that lies within its amazingly well-preserved Crusader walls is packed with fascinating historical sites that have witnessed Byzantine, Crusader, Islamic and Ottoman rule, freshly caught fish, men smoking shisha, and the famous Hummus Said. It is no wonder it was declared a UNESCO World Heritage Site in 2001.

When should you visit? Between April and October, where the chance of rain is at its lowest and the temperature ranges from 21 to 29 ˚C.

Israel’s southernmost city is synonymous with gorgeous coral reefs, dolphins, scuba diving, and spectacular hiking trails in the surrounding desert. With only a handful of rainy days all year, you can visit Eilat any month and be promised hot and dry weather, barring the odd exception. For those averse to scorching heat, you should avoid the summer in this resort city, when temperatures often reach 40˚C in July and August. For hikers, go in January, when the temperature reaches its lowest yearly average at 14˚C. 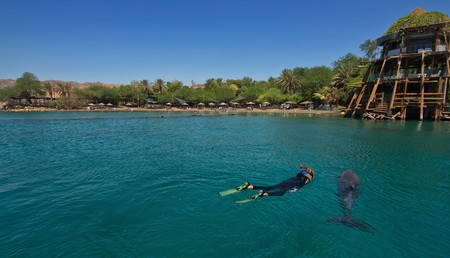