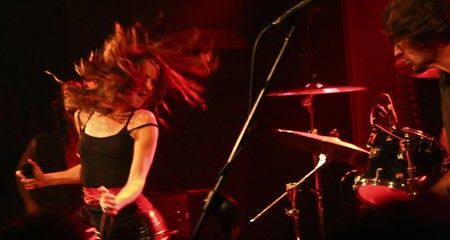 Tel Aviv is home to an eclectic and vibrant music scene that attracts the country’s best talent as well as internationally renowned artists. With its array of concert venues, nightclubs, and bars – not to mention several great record stores – Tel Aviv offers much for the music lover and caters to a diverse range of tastes.

Tel Aviv is abundant with unpretentious yet uber-cool bars where great music is the norm rather than exception. Many of these are found in the south of the city. Pasaz, on the busy Allenby Street, is an unassuming underground bar (literally) that plays genres as diverse as blues, hip-hop and electronic, in addition to Arab music and live indie performances.

Nearby are two more venues that are key players in the city’s music scene and centres of the hipster kingdom that is Tel Aviv: Kuli Alma, an all-round creative hub with a top sound system where DJs and live acts play electronic, house, hip-hop and ethereal tunes, and Beit Romano where Teder.FM, a popular Israeli radio station, has settled.

Romano is a unique spot, located in an old and enclosed shopping square off a Florentine street. There, DJs from Israel and abroad spin the decks all night (and sometimes all day) to funk, hip-hop, reggae and electro music, and you can feast on delicious pizza and also trendy but expensive food from famous chef Eyal Shani.

Close by is Hoodna, a quintessentially Florentine establishment where locals enjoy the chilled out atmosphere and listen to live performances and DJ sets that take place throughout the week. They also have their own band, Hoodna Afrobeat Orchestra, a diverse group of 14 musicians making a name for themselves in Israel with their Ethiopian-infused jazz and Afrofunk.

For the jazz lovers among you, head to Shablul Jazz Bar at Tel Aviv’s port, and Beit HaAmudim next to the Carmel Market, an intimate venue with great food and almost nightly jazz gigs.

Ozen Bar in central Tel Aviv is another top spot for live alternative music, showcasing local artists in a compact and lively atmosphere.

Anna Lou Lou in Jaffa is one of the area’s best hidden gems; a cultural institution and political statement as much as it is a dance bar, Anna Lou Lou is beacon of co-existence where Israelis and Palestinians, gay and straight, males and females go to dance the night away to its eclectic mix of music, from Latin and Arab tunes to old school hip-hop and Israeli songs.

The Cat and Dog is a grungy venue hosting local and international DJs, where ravers dance while most of the country sits down for breakfast. Breakfast Club, incidentally, is another leading nightclub on Rothschild Boulevard, feeding its crowd with deep house and techno tunes well into the next morning.

In a basement off Rothschild Boulevard is Radio EPGB, arguably the hippest, most musically eclectic of all Tel Aviv’s nightclubs where each night serves up something different, from rock and punk to indie and techno music.

Fans of alternative music often deriving from obscure inspirations (Morrocan Gnawa, anyone?) should head to Levontin 7 (named after its address) and HaAzor (The Zone), where local artists perform throughout the week.

The best spot to catch mainstream, world-renowned artists is Park Hayarkon, Tel Aviv’s largest park, which has hosted names such as Radiohead and Justin Bieber this year.

Complementing Tel Aviv’s dynamic and vibrant music nightlife is its mix of record stores. In Florentine lies Beatnik, devoted largely to second-hand records of all genres, from funk, to hip-hop to Middle Eastern tunes.

Nearby is B-side Stereo, which boasts an extensive and equally diverse collection of new and old vinyls, as well as a garden patio with cool graffiti where you can sip their delicious coffee and mingle with your fellow music connoisseurs. It also hosts funky and eclectic live DJ sets.

In central Tel Aviv, near the Dizengoff Mall, is The Third Ear, a two-story establishment in its 30th year containing around 50,000 records (and just as many CDs and DVDs), that are old, new and imported. Here you can find anything from traditional Middle Eastern music to psychedelic, jazz, and classical rock. It also runs a successful record label that releases and reissues its top picks from Israel’s music scene. This store connects to the aforementioned Ozen Bar (Ozen means ‘ear’ in Hebrew), where you can catch some live music after getting lost in its vast vinyl collection.