A Comprehensive Guide to Israeli Slang 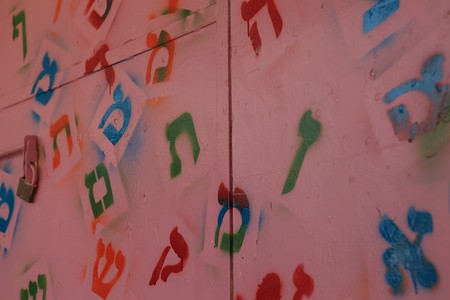 Hebrew is an ancient dialect that was revived into a modern language by Zionists in the twentieth century (which is a fascinating story!) Today, an eclectic mix of influences from Yiddish to Arabic can be found in Hebrew discourse, especially in its slang. Learning slang is often a great way to fit in with locals and develop a rapport: for anyone moving to Israel, or for those simply curious about colloquial Hebrew, this guide should prove highly useful.

Ashkara – Hebrew’s version of “literally”. This word is ashkara used all the time.

Balagan – often the first word people learn after moving to Israel, balagan was introduced by Russian immigrants and means “mess” or “disorder”. “It was a balagan in the supermarket”.

Dai – Someone unfamiliar with Hebrew might be taken aback when hearing “die!” being blurted out, however it simply means “stop” or “enough”. Depending on the pronunciation, it can also mean “get out of here!”

Eizeh Basa – You hear this a lot in Israel. It means “what a shame”.

Nu – Another Yiddish word, nu can be heard in almost every conversation in Israel. It’s used to mean ‘come on’, e.g. ‘Nu, what are we waiting for?’ It’s also used to mean ‘spit it out’ when someone is taking a while to get to the point.

Stam – A very flexible word, stam can mean “just”, “for no reason”, or “only kidding”. It can also be used to describe things such as parties, movies or restaurants as average. “How was it last night?” “Stam”.

Tachles –a Yiddish word that means “actual details”, tachles is said before someone cuts to the chase or gives their final verdict on something: “I thought this hummus was going to be special, tachles it was disappointing.”

Yesh! –in official Hebrew, yesh simply means “there is”. However, its colloquial use is akin to saying “yes!” or “wohoo!” such as when your team scores a goal.

Halas –used to tell someone to stop, like “enough with this”.

Sababa –used all the time and means “cool” or “alright”.

Walla – depending on the pronunciation, this could be used to say “really?!”, “wow” or “cool”. “You moved to Israel yesterday? Walla.”

Yalla –another Arabic word that has made its way into daily Israeli discourse, yalla is akin to saying vamos. It is used to encourage someone to do something, like “yalla, let’s eat”. Most personal phone conversations in Israel end in “yalla bye”. 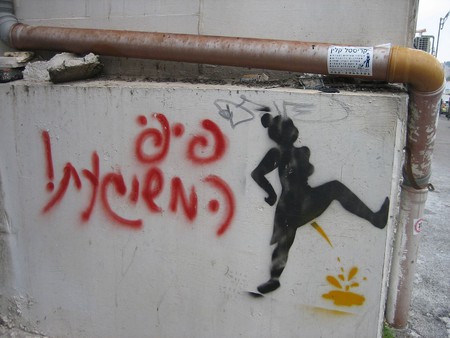 Achi/Gever – The two most common ways Israeli guys greet each other, whether they are strangers or close friends. The former means “my brother”, and the latter is akin to “mate” or “dude”.

Kapara – this word means “atonement” and is where the name for Yom Kippur – the holiest day in the Jewish calendar – derives from. It is a term of endearment, used in much the same way as motek or neshama.

Motek/Mami – the Hebrew versions of “sweetheart” and “honey”.

Neshama –a common and affectionate way to address or greet someone close to you, neshama literally means “soul”.

Phrases that make no sense in English

Chaval al ha-zman – the direct translation of this phrase is “shame on the time”, which makes its actual meaning all the more curious. Used to really emphasise something positive or negative, it is similar to how English speakers might say “out of this world”. “Wow, it’s so hot”, “Yeah, chaval al ha-zman”.

Chai b’seret –the literal meaning is “living in a movie”. You can say this to someone who is being overly dramatic or unrealistic.

Al ha-panim –literally meaning “on the face”, this phrase is used to describe something terrible or highly unpleasant. “How was the meal?” “Al HaPanim”.

Sof ha-derech –literally “end of the road”, this phrase is used similarly to “sick”. “How was the party?” “Sof ha-derech.”