A Brief History Of Mikveh Pool

Abrahamic traditions all contain some form of ritual bathing, including the transformative Christian baptism or the ghusl that is regularly performed by adherent Muslims. The oldest of these traditions is the Jewish mikveh, which is not simply a bath, but offers a way for a person to transcend to a cleaner and therefore more divine state of being. 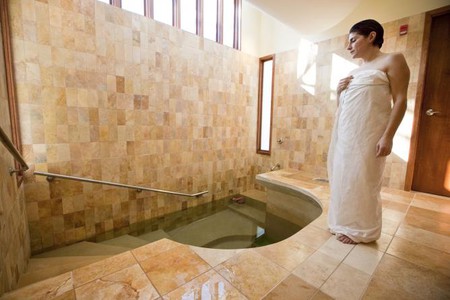 The word ‘mikveh’, literally meaning ‘collection’, appears as early as the Old Testament creation story in Genesis, when God brought the waters together, separating them from the land and making the oceans. The salty sea is therefore the supreme mikveh, and streams, rainwater pools, and lakes are also mikvaot (the plural of mikveh). Types of mikvaot can range from home rainwater collection basins to gorgeous tiled spas such as those found at Mayyim Hayyim in Newton, Massachusetts. 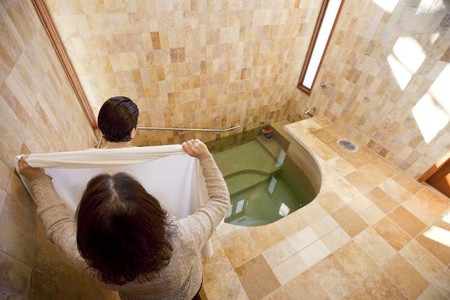 The practice of immersion in a ritual bath is at least as old as the writing of Leviticus, which scholars date to before 322 B.C.E, and possibly as old as Mosaic times. Constructed mikvaot have been discovered in excavations all over the Middle East and Europe, and one example is the famous site of Qumran where the Dead Sea Scrolls were also found. But throughout the ages, mikveh culture along with general Jewish observance has adapted various fashions and incarnations to reflect the times: Roman era resistance, Middle-Age secrecy, Renaissance aestheticisms, scientific era hygiene, and even 21st century gender equality.

When you arrive for your appointment at a modern-day Jewish mikveh, you first pay the entrance fee – ranging from five to 30 US Dollars – before you are ushered into a changing room replete with a range of personal grooming tools, from shampoo to acetone. The attendant will instruct you to remove all jewelry and nail polish, loosen you hairdo and shower thoroughly in preparation for the ritual. Once inside the immersion chamber, you will be inspected for any missed dirt or stray hairs before descending the seven steps into the pool. It might take a few dunks in the water to get it right, and various prayers must be recited depending on the reason for the visit. After this process you are officially pure.

Now the Mikveh itself may look at first like an in-ground Jacuzzi, but it is in fact a religious instrument into which an impure person can enter and emerge spiritually clean. ‘Impure’ and ‘unclean’ do not imply dirt or germs, but a dearth of holiness that can be filled by complete submersion in holy waters; it only works if every centimeter of skin and every hair from root to tip are simultaneously in contact with the water, and a prayer is recited. Just as the Jewish laws of food purity, known as kashrut or ‘Kosher Laws’, are considered by many to be pre-scientific efforts at avoiding trichinosis and other food-borne illnesses, the mikveh may also have evolved as a way of encouraging bathing. Back then, a person would be considered unclean as a result of contact with, among other things, a corpse, a leper, or a woman during menstruation. 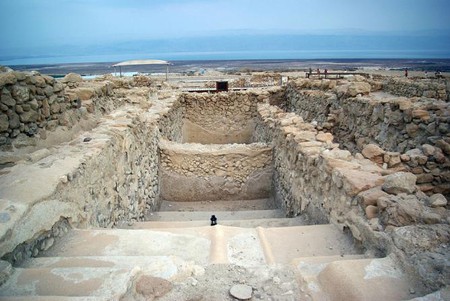 Prior to the Roman revolt in Jerusalem of 70 C.E., the ritual bathing was mainly used to purify a Jewish votary before entering the temple or making a sacrifice. Since the destruction of the second temple, the purity laws were mostly abolished and only the laws applying to women and menstruation have been expatiated. Today the mikveh is used principally by married orthodox women, who have counted seven days after the end of their period and must immerse themselves before resuming sexual relations with their husband. The mikveh is also used as part of a conversion to Judaism, and in preparation for the traditional Jewish wedding. Men in some mystical disciplines will voluntarily visit a mikveh before holidays or the Sabbath, while some have incorporated a mikveh plunge as part of a coming-of-age ceremony. Others use its restorative evocation to relieve psychological stress.

Contemporary branches of Judaism, including egalitarian and feminist movements, are attempting to reclaim the mikveh into the domain of women, and in doing so dispel its image as an arcane, chauvinistic ritual that humiliates women and their natural cycles. This is especially important today in the wake of several scandals that emerged, including the illicit observation of women in the mikveh. In many circles, the mikveh has become not only a treasured, female-focused tradition, but a place of healing after cancer treatment, sexual abuse or trauma, or an optimistic part of a prayer for fertility. No matter the reason for your visit, the mikveh is a deeply rooted Jewish tradition and a valuable experience for a person seeking to enhance their spiritual practice.