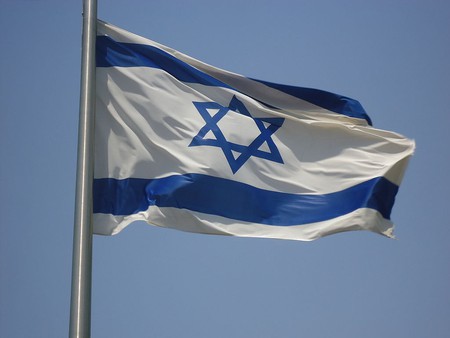 Have you ever wondered what these navy-blue lines on a white background and a hexagram centred between them mean? Israel’s national flag, which can be seen hanging in many homes, in addition to public spaces across Israel, actually recalls some significant Jewish emblems and it is also used as a symbol of Judaism and Zionism.

The national flag of Israel is made up of two horizontal blue lines on a white background, which stands as a symbol of the Jewish tallit, a traditional Jewish prayer shawl, and the Star of David, a globally acknowledged symbol of Judaism, which is essentially a hexagram formed by two overlapping triangles pointed in opposite directions, centred in between them. 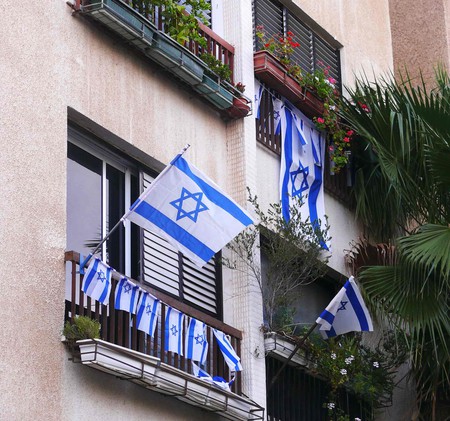 Officially adopted approximately five months after the declaration of the State of Israel’s independence in 1948, the blue-and-white flag depicts symbols identified with the Jewish religion.

The flag was actually first designed back in 1897, as the flag of the Zionist movement, having been chosen over the “Seven Stars” flag suggested by Theodor Herzl, the Visionary of the State of Israel, which depicted seven stars as a symbol for the seven working hours-a-day in the idyllic state he envisioned.

The notion of the blue and white colours as the national colours of the Jewish people was first seen in the form of the Jewish Bible, as the Israelites were commanded to have one of the threads of their tzitzit (tassels) dyed with light blue colours, which are still visible on today’s religious apparel. It was enhanced in Jewish poet Ludwig August von Frankl ‘s poem, “Judah’s Colours”, in which he wrote that “…These are the colours of the beloved country, blue and white are the colours of Judah; White is the radiance of the priesthood, and blue, the splendours of the firmament”. 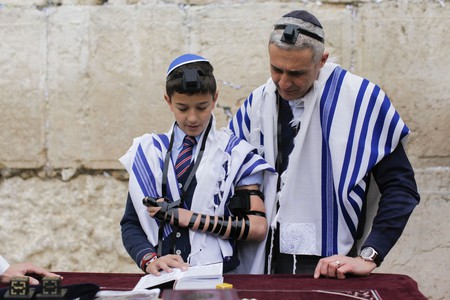 Jewish myths first attributed shielding traits to certain geometric shapes in the Middle Ages. That was when the hexagram received its name, “Magen David,” which is Hebrew for “Shield of David”.

In the years to follow, the hexagram, now known as the Star of David, reappeared in Jewish art. It received its place as a Jewish symbol in the 17th century, when the Jews of Prague were permitted to display a “Jewish flag”, then a red flag with a yellow hexagram, on the main city synagogue as recognition for their contribution to saving the city from invaders.