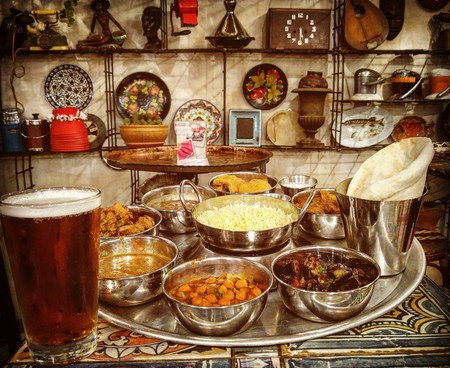 An evening out © Tangier - טנג'יר

Fancy a bit of spice in your life, a change of scenery, flavor or adventure on a night out (or even on a day out)? Here’s what might help you satisfy this need with our count of the coolest themed venues in Tel Aviv. Each location has a different style, theme, culture and price, but all of them are located in Tel Aviv and offer something special. A bar, pub, restaurant and coffee shop. Check out our top uniquely themed venues in Tel Aviv.

Being the only authentic Cuban dance bar in Israel, Alma de Cuba has a lot to live up to. If you’re hoping for plenty of tequila, endless mojitos and to be dancing until the early hours of the morning then you have definitely come to the right place. Mojitos are served, tequila is passed around and you are free to dance bachata and salsa all night long. That Latin energy you were dreaming about this summer in Havana, it is right here in your city. 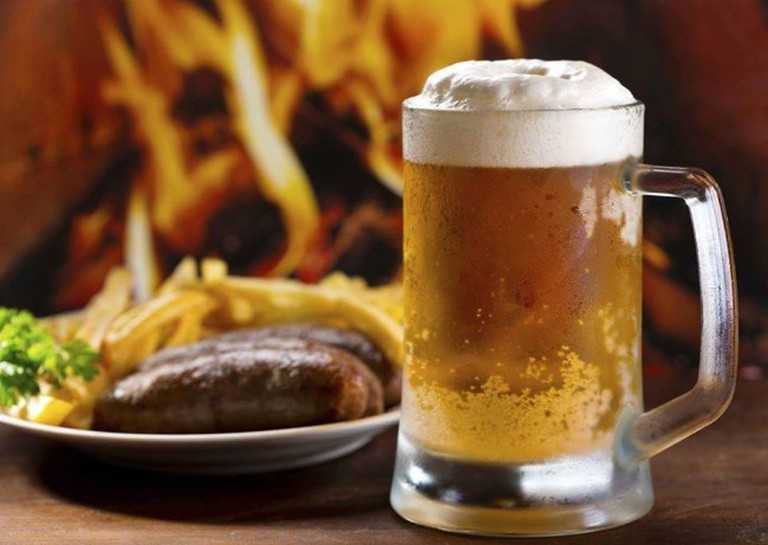 ביירן - Bayern | © ביירן - Bayern
Café by day, jazz bar by night, Beit Haamudim attracts those of the Nahalat Binyamin area who are keen for a jazzy feeling to the evening, and to immerse themselves within the warm and cosy atmosphere that the bar creates. Gigs kick off (for free) most evenings at 9.30pm. The food is also fantastic, so be sure to come hungry.

An Israeli take on Morocco and extremely authentic. The musical style is based on modern music from the Maghreb countries; reggae, hip hop, funk and Arabic African groove. The design, food and drink also has North African influence. Tangier offers all you can drink deals, provided you are wearing a bracelet and you pay their reasonable fee of 65 shekels. 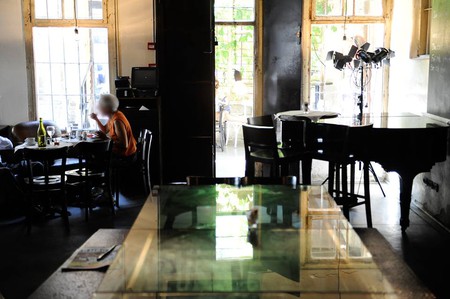 With 93 different Israeli beers, and three beers on tap, being able to pick any flavour of beer you desire is the Beer Bazaar’s speciality. Some may say the Beer Bazaar is best known for its house brew, The Fat Cat, but it’s not only its beer flavours that make it so popular, they serve a killer roast beef sandwich. Situated in a crevice just off The Carmel Market, the Beer Bazaar exudes that stereotypical Tel Aviv afternoon; sun shining, sitting out on the street, people watching and beer drinking. The staff and owners are also very welcoming and excited for everyone to join their journey through the adventure and their love of beer.

An amalgamation of a little bit of everything; coffee shop, sandwich bar, live lounge, karaoke haven, gallery – this is the beauty of the Yom Tov Café. You don’t know what to expect when you enter the Yom Tov Café on any given evening, perhaps a comedy show, a disco, or just a night with lots of beers and friends. If you go during the day, expect a conversation with whoever else may be sitting there, over a coffee and a cigarette, while the hustle and bustle of the Carmel Market unfolds around you. 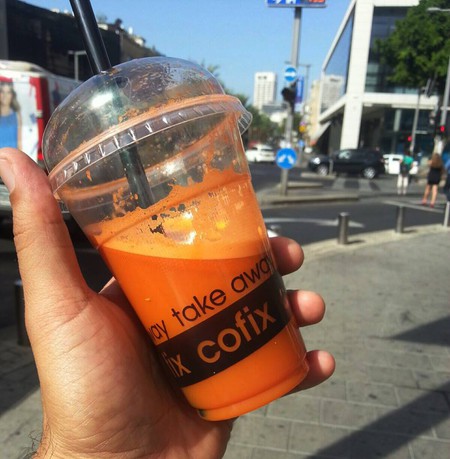 Life can be exhausting, expensive and quite unexotic but not when you have Cofix. If you fancy a cheap evening, head to the Cofix on Lilienblum or on King George, or Nachalat Binyamin – the bar is conveniently located all around the city. If you don’t feel like spending much money that day, Cofix will be sure to fix your day, as it’s so cheap and tasty, that it can only put a smile on your face.
Give us feedback