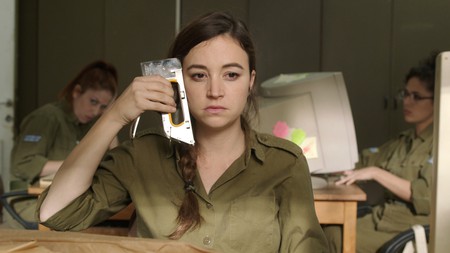 In recent years, the tiny country has produced a remarkable number of international television hits, on par with the US and UK. The burgeoning TV industry and rapid production of quality television content has increasingly caught the attention of a global audience. Israel can now boast a string of successes in exporting its homegrown shows to international streaming services such as Netflix, and Amazon Prime.

In addition to the esteem Israel holds in the high tech sector, it has been commanding recognition on a different global stage—television. So grab the popcorn and check out the top nine Israeli series you should be watching now.

The first ever Israeli series to be picked up as a “Netflix Original,” the political thriller follows a close-knit group of Israeli operatives working undercover in Palestinian territory in pursuit of Hamas terrorist, Abu-Ahmed. Giving the Israeli and Palestinian narratives equal weight, the series shines a bright light on major social and political issues plaguing the small country. The most watched series on Israeli cable station Yes, the action-packed drama will leave you permanently glued to the edge of your seat. Streaming in its original language, Netflix picked up the series in 2016, with a second season set to premiere this year.

Credited with putting Israeli television on the global map, In Treatment is a direct adaptation of the 2005 hit series, BeTipul. The series follows a psychotherapist and his complex relationships with his patients. In Treatment was hailed as one of the best Israeli dramas of all time for its nuanced portrayal of those receiving treatment, the psychotherapist, and the professional treatment he himself receives. The riveting drama has inspired over a dozen international adaptations in countries like Canada, Romania, and Brazil. In January 2008, HBO’s version aired on the famed cable network, to a whirlwind of critical acclaim. In Treatment has received several nods of recognition, including Emmy and Golden Globe Awards.

After being held captive inside Lebanon for 17 years, Prisoners of War follows the lives of two Israeli soldiers who’ve just returned home. It premiered on Israel’s Channel 2 in 2010, and was picked up by the American streaming service Hulu in 2012, making it the network’s first ever foreign-language exclusive. The inspiration for the Showtime hit Homeland, Prisoners of War follows the immense psychological, social, and private battles the men face in returning home as POWs. Watching the suspicions that begin to arise around the returned prisoners, it quickly becomes evident why Hatufim rose to become Israel’s highest-rated drama.

Premiering on Israeli cable TV in 2015, Mossad 101 was quickly noticed by international audiences. The drama follows a fictional group of Israeli soldiers as they train for the elite intelligence unit, Mossad. Taking place on a top-secret army base, the series chronicles the lives of wannabe elite soldiers and the misery, mishaps, and misadventures they endure. Starring some of the most famed Israeli actors such as Yehuda Levi and Hana Laszlo, Mossad 101 boasts an impressive cast that is also delightfully easy on the eyes. In addition to its more serious tone, Mossad 101 sprinkles its dialogue with a wonderful dose of subtle Israeli humour. Netflix purchased the rights to the series in 2016 and it is currently available to stream.

The popular Israeli series follows a group of six single Modern Orthodox Jews living in Jerusalem. Srugim, which means “knit” in Hebrew, refers to the common style of yarmulkes many observant young men wear. The series takes a fascinating look at the lives of six young people who are “knit” between a contemporary life, and one of traditional observance. Often referred to as the Israeli version of Friends, Srugim creates a new and refreshing backdrop for the everyday lives of young people—both religious and secular. The first three seasons of the series are now available for streaming on Amazon Prime.

Mekimi is based on the life of Noa Yaron Dayan, a famed television personality who decided to leave her secular life in Tel Aviv, and fully immerse herself into Jerusalem’s Breslov Hasidic sect. The series touts the same name as Dayan’s 2008 autobiography, in which she opens up about the past two decades of her quiet, observant, and conservative new life. Once again bringing Dayan into the media spotlight, the program delves deeply into her life, those who influenced her, and her passionate love affair with religion. Mekim is currently available for streaming on Amazon Prime.

Set in the ultra-Orthodox Jerusalem neighborhood of Guela, Shtisel tells the intricate and wildly complex narratives of a large and multi-generational Haredi family. Love, lust, heartbreak, and faithfulness, or lack thereof, are all fascinating storylines which have hooked viewers with ease. The series found major success locally with both secular and religious Israelis alike. Along with shows like Mekimi, Shtisel is another in a run of recent television programs that give screen time to Israel’s ultra-Orthodox society, filling what many felt was a cultural void. Shitsel was recently sold to Amazon Video for a global remake which will air under the name Emmis.

When American TV sensation and comedic genius Amy Poehler buys the rights to a series, you know it’s going to be a hit. Last year it was announced that the A-list celeb will be turning the popular Israeli film Zero Motivation, into a television series adapted by BBC America. The Israeli comedy/drama follows a unit of young, female Israeli soldiers serving in a dreary, remote, desert base doing menial tasks while counting the minutes until their army release. No official premiere date for the series has been release yet.

Perhaps the most well known of Israeli-television exports, Homeland became an international sensation in 2009 when its production rights were sold to 20th Century Fox. The political thriller follows CIA agent Carrie Mathison (Claire Daines) as she tracks a newly returned, and possibly turned, POW. Based on the Israeli series Prisoners of War, Homeland premiered on the American cable channel Showtime in 2011.