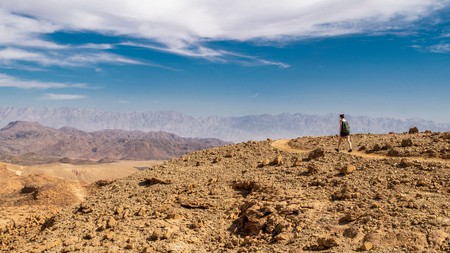 If you do your research and arrive armed with common sense, Israel should prove a safe and fun trip for you female solo travellers | © andrea forlani / Alamy

With Israel being a liberal, cosmopolitan and democratic country, solo female travellers don’t need to worry about travelling alone here. In fact, crime rates are low in Israel. However, much like anywhere else in the world, this can change from region to region and there are some ground rules you should follow to keep safe.

If you’d rather have some company on your trip to Israel, consider joining Culture Trip’s immersive seven-day Israel adventure to explore the country as part of a small group of culturally curious travellers, led by our Local Insider.

People are helpful and speak English

Since English is mandatory in almost every school in Israel, getting by shouldn’t be a problem. When it comes to Tel Aviv, you will find it hard to come by a local who doesn’t speak English, or isn’t willing to help. In suburban areas, as you may have guessed, it will be a little harder without Hebrew but, in general, Israelis speak English pretty well. 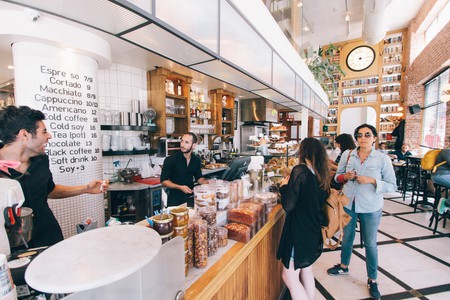 People in Israel, especially in the cities, speak English well | Photo by Robert Bye on Unsplash

Some phrases that will help you get by are: 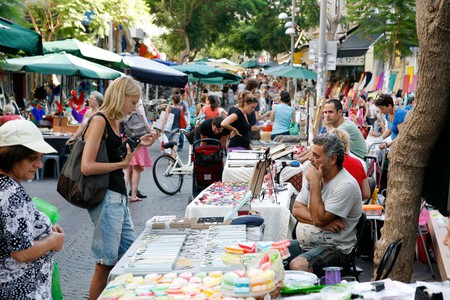 Before you visit a place in Israel, go online to make sure there’s nothing happening and there are no restrictions. For example, travelling from Israel to Gaza is usually advised against, and the same goes for some areas in the West Bank. There are other nearby areas, such as Bethlehem or Ramallah, you may prefer to visit with an organised group to make sure you don’t wander into dangerous areas.

Before you go anywhere new, make sure you know the local customs and rules. For example, some people in ultra-religious Jewish neighbourhoods will find it offensive if you wear revealing clothing. The same goes for some Muslim areas or holy Christian sites. 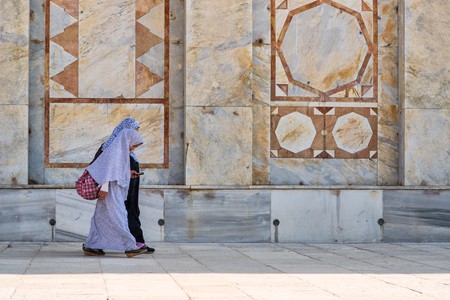 Covering up is important in some neighbourhoods, make sure you know which ones before you visit | © Michelangelo Oprandi / Alamy

This shouldn’t come as a surprise, but hopping into an unregistered taxi or on an unofficial bus is not recommended in Israel. In general, public transport – although slow – is quite efficient in Israel and you should have no reason to take any risks. 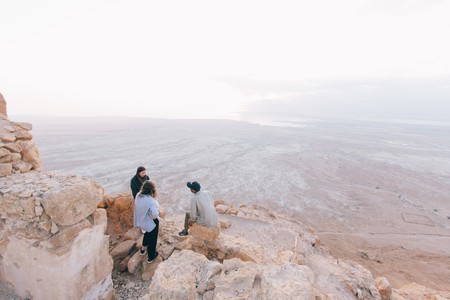 There’s no need to be anxious about travelling alone in Israel. Due to the volatile nature of this country, Israelis have learned how to defend themselves and there is security everywhere. Whenever you step inside a mall or club – or any public place for that matter – you will see security guards on alert. This doesn’t mean you should exercise no judgement; always make sure you are not walking alone at night or entering dangerous confrontation areas. Remember that, unlike Europe or the US, wherever there are many people, there is security. 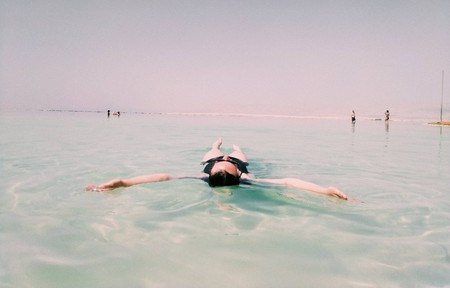 Hitchhiking is not at all common in Israel. Although this is probably true in most places around the world, hopping into a car with a stranger is not a good idea here.