8 Films That Tell You About Israeli Culture 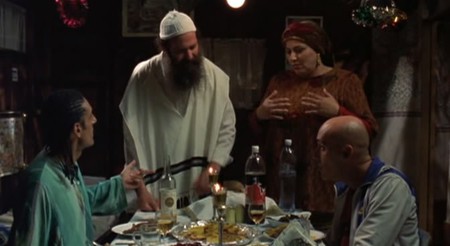 Known to be one of the most famous films in Israeli film history, Sallah Shabati is a social satire which follows Sallah (Chaim Topol), a Mizrachi Jewish oleh, and his family as they attempt to settle in Israel. Sallah constantly tries to make money in order to move his large family out of a transit camp and into better housing. However, because Sallah is lazy, his attempts at actually working are hilarious. The movie makes fun of the political and social stereotypes in Israel of that period, which may even still ring true today to an extent. If you have ever been to Israel at all, you will thoroughly enjoy watching this film.

Kazablan is a musical comedy set in the old city of Jaffa. A Moroccan Jewish man, Kazablan (Yehoram Gaon), falls in love with a European Jewish girl, Rachel (Efrat Lavi) and tries to woo her. It causes drama in the community and between the families because of the cultural and ethnic differences of the couple. It is definitely a classic you have to see. Fun fact: Kazablan was originally written in 1959 as a dramatic play, and was only in 1966 rewritten as a comedy. A few well-known Hebrew songs that you may have heard are actually from this movie. 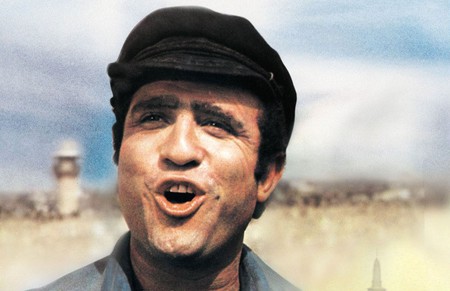 Mivtsa Yonatan is based on the true story of the Air France plane that was hijacked on its way from Tel Aviv and taken to Entebbe. Yehoram Gaon gives an incredible performance as Yoni Netanyahu. There are several versions of this movie, but by far, the Israeli version is the best. This is an important, historical film that everyone should see. It is more of a serious movie, but definitely very worthwhile.

Set in 1950s Tel Aviv, Eskimo Limon tells the story of three high school boys exploring the world of love, sex, and parties. The main character, Bentzi (Yiftach Katzur) falls for a girl he cannot have, and the three boys get into some crazy antics along the way which lead to embarrassing situations. This is considered a cult classic film, and several sequels have been released as well.

Alex is Lovesick is definitely considered one of the cult-classic films of the 1980s. This coming of age dramedy will have you engrossed. Set in 1950s Israel, 13 year old Alex (Eitan Anshel) falls for a girl in his class, Mimi (Yael Wasserman) until his attractive aunt Lola (Sharon HaCohen) comes to visit from Poland in search of her lost love from before the war. Alex becomes infatuated with her instead. The movie brings to light what Israel and its culture was like at the time. This movie is certain to become a favorite, and will make you laugh until you stomach hurts, because it’s just that Israeli.

Based on the bestselling autobiography of Israeli actress Gila Almagor, Aviya’s Summer is set in Israel during the summer of 1951. Henya (Gila Almagor) was once a strong and brave partisan, but she is now crippled by her traumatizing experience of losing her family in the Holocaust and her husband in the Independence War. Her 10 year old daughter, Aviya (Kaipo Cohen) struggles to understand why her mother is being ostracized by others, and spends the movie trying to make it right. This film depicts an often-untold harsh reality of that time.

A sequel to Aviya’s Summer, this film takes place a few years after. Under the Domim Tree takes place on a kibbutz for orphans and focuses on the relationships between the Israeli born teenagers and the Holocaust surviving teenagers on the kibbutz. Aviya (Cohen) lives on the kibbutz, as her mother has been in a mental institution for several years. Throughout the movie she struggles with her mother’s condition, and meanwhile other children on the kibbutz deal with the aftermath of the Holocaust.

A well known and more recent movie, Ushpizin follows a Hasidic couple struggling to make ends meet. As Sukkot approaches, the couple prays for a miracle. Their prayers were answered, though a couple of unexpected guests show up, testing their faith in God’s plans. Ushpizin is an inspiring drama about having faith in God and trusting that in every test of free will, you can either let it lift you up or tear you down.